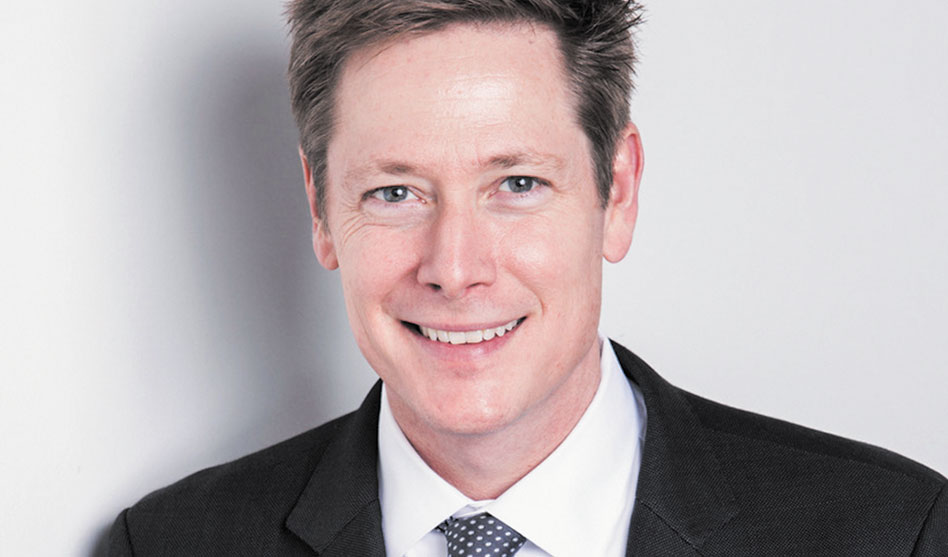 As of 2019, the most recent year for which the Centers for Disease Control has statistics, an estimated 1,189,700 people were living with HIV/AIDS. And while 36,801 individuals in the U.S. and dependent areas were newly diagnosed with HIV that year, CDC statistics indicated that the number of new diagnoses at the national level decreased by 9 percent from 2015 to 2019.

That trend, unfortunately, is not mirrored here in North Texas. In Dallas County, service providers and advocates continue to be alarmed by the number of new infections each year.

According to Texas Department of State Health Services, as of 2018, Dallas County has the highest rate of HIV/AIDS in the state, at 30.7 cases for 100,000 residents.

While so much of the public health focus has switched over the last two years to the COVID pandemic, J.P. Cano, Resource Center’s director of prevention services, warned that “we are forgetting the larger pandemic that we have been dealing with since 1981.”

This year, Cano said, at Resource Center’s Nelson-Tebedo Clinic, “we have diagnosed more than 55 people with HIV this year, and that is not counting the new diagnoses made by our primary care physicians.” 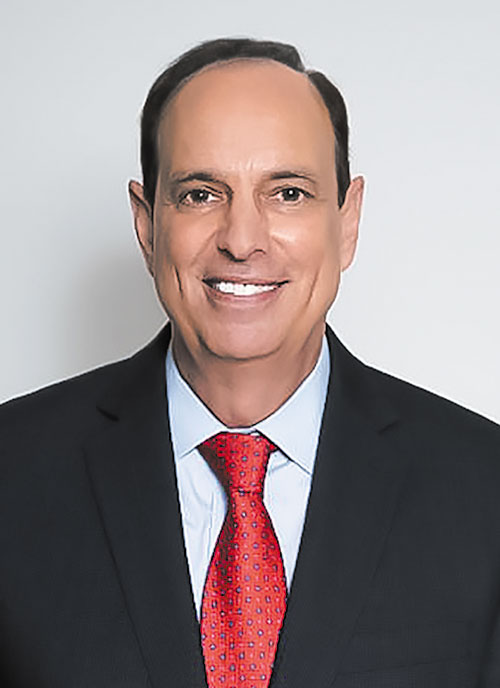 While there has been some good news on the HIV/AIDS front over the last couple of years, Carlo said that there is still plenty of bad news to contend with. “The first bad news, I think, is that we still don’t have a vaccine [against HIV]. Here we have COVID, which is a brand new disease, and they developed vaccines against it within six months. Yet here we are, 40 years into the AIDS pandemic, and we still don’t have a vaccine against HIV,” he said.

“There are some potential vaccine candidates, but we are still not where we need to be.”

Carlo said the continuing increase in new infections in Dallas County is the results of a combination of “social situations,” including the fact that there are still too many people not receiving the proper health care. “There are too many people living with HIV who remain out of health care,” he said. “That is due to a combination of social situations, including lack of insurance and some behavioral health issues” such as drug use.

While new medications to treat and prevent HIV infection are being developed, Carlo said, those medications remain “very expensive,” and the programs that have helped many afford those medications, such as grants and prescription rebate programs, are threatened now as pharmaceutical companies look for ways to lower cost and increase profit.

“There have been some big moves from Gilead and other drug companies to shore up their own financials under the threat of drug pricing negotiations,” Carlo said. “These companies are really tightening their belts. For example, drug rebates create much of the funding for HIV research, and organizations like Prism have been able to participate in drug rebate programs and so offer drugs at discounted rates. But companies are working now to minimize those rebate purchases. … They are limiting which pharmacies you can use, limiting patient assistance plans, even excluding some medications from the programs altogether. There are lots of little things they are doing to help their own bottom lines.”

The good news
Still, there is plenty of good news, too, in the battle against HIV/AIDS, including some “clear front lines innovations that will impact HIV treatment within 12 to 18 months,” Carlo said. These innovations include advances in long-lasting injectible PrEP medications that will increase the period between dosages from one month to two months, he noted, adding that these new, longer-lasting dosages could become available as early as next March or April. 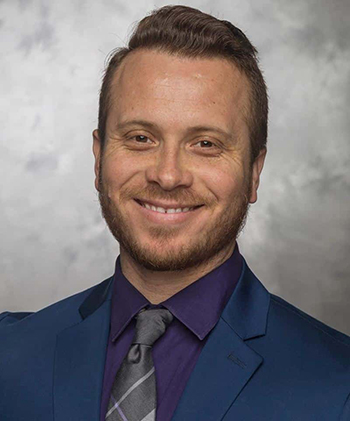 There are also studies underway around time-release PrEP implants, similar to implants used for birth control, that would “negate the need for either pills or injections,” Carlo said. He noted that Prism is participating in those studies and in studies on PrEP for women.

He said there also may be additional research coming soon into a cure for HIV revolving around new gene technologies that can eliminate HIV from the body, “thereby providing a functional cure,” as well as new MRNA technology being developed in the fight against COVID that could be developed for use against HIV, too.

Carl Schmid, executive director of the HIV+Hepatitis Policy Institute, also pointed to advances in treatments, including the “long-acting treatment [that] was approved by the FDA earlier this year and long-acting PrEP [that] is expected to be approved in January 2022.

“There is research underway for once a week or once a month oral treatment, and even twice a year injections,” Schmid said. “This is all very exciting. And, yes, there is research being conducted on a cure and vaccines. It will take some time, but there is hope. In the meantime, the treatments are very effective, and we are just in the beginning stages of PrEP. Daily pills maybe a thing of the past.

“All of this, should help with adherence and get us closer to ending HIV,” he said.
Bryan King, vice president of clinical research and business development for North Texas Infectious Disease Consultants, offered information on specific medications in the research process.

“I would say the most exciting news for someone living with AIDS and probably having limited therapy options is Gilead’s new Capsid inhibitor,” King said. “Lenacapavir is not only a new class of antiretroviral) but it’s long acting and only dosed once every six months by [subcutaneous] injection. This is a ground-breaking new therapy option for our patients with very few [antiretroviral] therapy options.

“Over the next five years, we will see therapies moving in the new direction of long-acting antiretrovirals, including ViiV’s newly approved injectable Cabenuva, which is dosed once a month now. But ViiV is seeking FDA approval for every two month dosing,” King continued. He also mentioned “Merck’s new NRTTI Islatravir with potential long-acting dosing in collaboration with Gilead’s capsid inhibitor Lenacapavir, and infusions therapies with bNAB’s — Broadly neutralizing antibodies — with even longer acting potential.”

Schmid said that while the “current national HIV/AIDS strategy has very sound goals and objectives,” it was “missing some key elements and needed some fine tuning to fully address the needs of people living with HIV, along with those who are at risk of HIV.”

Schmid continued, “The current strategy ignored the coverage benefits of the Affordable Care Act, and I would envision the revised strategy under the Biden administration to fully embrace the ACA including Medicaid expansion. Having access to affordable health care is critical to provide HIV care, treatment and, now, prevention through PrEP.”

The amended strategy will put more emphasis on “the social determinants of health, including housing and racism, homophobia and transphobia,” Schmid said. “There will be a greater focus on people aging with HIV and the quality of life for people living with HIV. Finally, in order to make it more of a whole of society approach there will be a private sector component. With their addition, just imagine the additional resources that can be brought to the table and also help address the stigma that is still often associated with HIV.”

Schmid said that legislation is another key component in the fight on HIV/AIDS, noting that the Biden administration has proposed “funding increases to all domestic HIV programs, including the Ryan White HIV/AIDS Program and new focused efforts to end HIV in those jurisdictions with the highest cases.”

He added, “Fortunately, both the U.S. House of Representatives and Senate have gone along in supporting his requests. In fact, in many instances, Congress is proposing more funding than what was proposed by the president. However, Congress must still come up with a final funding package for next year, and we realize some compromises will have to be made.”

Among recently introduced legislation are bills to establish a national grant program to provide PrEP for people at risk of HIV.

“While we have several programs that provide care and treatment for people living with HIV, there isn’t one to provide PrEP for uninsured and underinsured people at risk of HIV,” Schmid said. “A bill authored by Rep. Bonnie Watson Coleman — the PrEP Assistance Program Act, HR 5605 — would establish a $400 million annual grant program to provide grants to community based organizations and others to support PrEP, along with community and provider education.

“Additional PrEP coverage and access bills will soon be introduced in the House and Senate. Getting these bills passed and funded will be a high priority for the HIV community in the term,” Schmid said.

Despite recent advances and the prospects for a vaccine and even a cure, Cano urged the community not to be lulled into thinking the threat has passed. As North Texans prepare to mark World AIDS Day on Wednesday, Dec. 2, he said, “we continue to commemorate those lost to HIV/AIDS and those living with HIV/AIDS because it is still relevant.”

HELP Center for LGBT Health & Wellness Open House
The HELP Center for LGBT Health & Wellness is holding an open house from 3-5 p.m. Wednesday, Dec. 1, at the center’s new facility, 602 E. South St. in Arlington. The new space will help remove barriers to healthcare and provide a safe and supportive environment for the LGBTQ community” with a clinic providing PrEP, testing for HIV and syphilis, counseling and more, along with a 2,500-square-foot community space for meetings and events. Arlington Mayor Jim Ross will speak at the event.

Queer Prom
Fevermatic Studios, 1515 S. Ewing St. in Dallas, hosts Queer Prom: A World AIDS Day Event, beginning at 7 p.m. Wednesday, Dec. 1. This is a free event for LGBTQIA community, age 21 and older, “to embrace their queerness and join us for a night of advocacy for a World AIDS Day celebration.” It will include small bites and alcohol, served free of charge. Impulse Group Dallas will also have free HIV testing on-site all night. Capacity is limited, so register now online at Eventbrite.com.