Back to the City 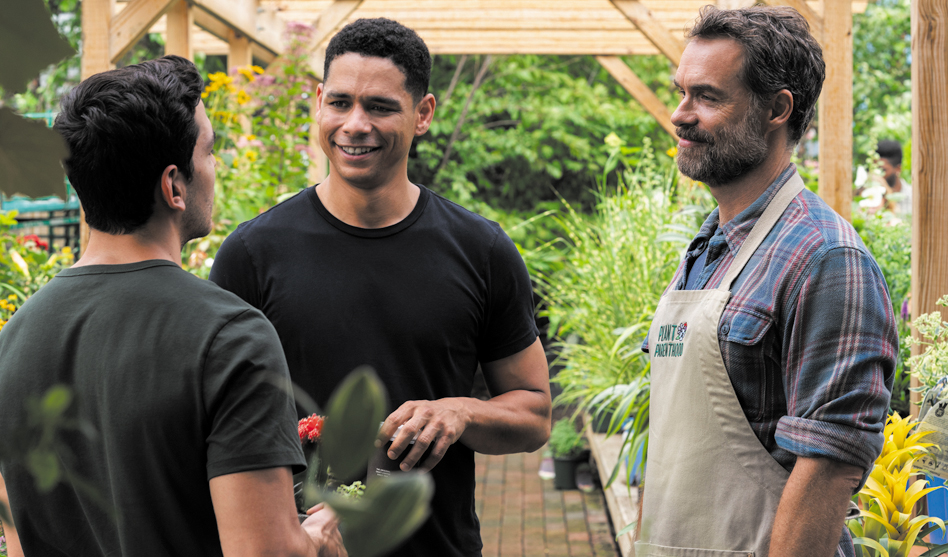 As Michael “Mouse” Tolliver, Looking alum Murray Bartlett is the third actor to walk the queer utopian enclave at 28 Barbary Lane in Armistead Maupin’s book-based Tales of the City.

The role was originated by actor Marcus D’Amico, who first starred as Mouse, the gay confidante of adorably fizzy San Francisco-via-Ohio transplant Mary Ann Singleton (Laura Linney), in the series’ debut on PBS in 1993. Paul Hopkins took over the part for More Tales of the City in 1998 and again in Further Tales of the City in 2001.
Now, Bartlett, 48, portrays the Tales mainstay in Neflix’s new revival of the perennial saga.

Dallas Voice: Having shot two LGBTQ-themed shows in San Francisco, how would you compare those experiences? Murray Bartlett: We shot some stuff in San Francisco for Tales of the City, but (unlike Looking) we weren’t there most of the time. 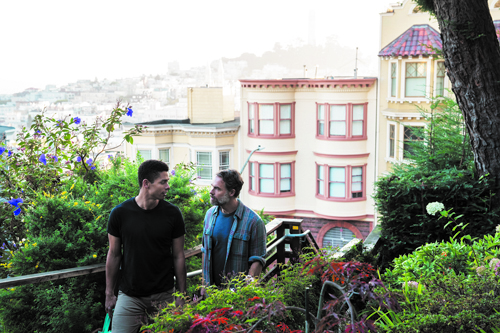 TALES OF THE CITY

Was Tales on your mind while shooting HBO’s Looking then? Weirdly, there was that thread for me working on Looking in San Francisco. We arrived to shoot the pilot of Looking in San Francisco on the night of my birthday, and I rented this old stable house, which sounds kind of glamorous — it wasn’t (laughs). But it was beautiful, and it had a garden, and we watched Tales of the City, and then Armistead sort of became our godfather.

We met up with him a couple of times, and he was so lovely and generous with us. Even though I’m playing two gay men who live in San Francisco, there is quite significant differences in the characters. But the worlds of those shows are really kind of intertwined, because San Francisco is so sort of bound to Tales of the City in a lot of ways for me.

What did the original Tales of the City mean to you? Particularly in the ‘90s there were very few queer characters in film and TV, and a lot of them were tragic figures. So it was lovely to have these characters. I mean, they were tortured in some ways, but they were generally this wonderful family of people. It was great to have that kind of identification with real characters that weren’t, like, about to die or going through some crazy stuff that we got used to with queer characters.

During that time, AIDS was a ubiquitous storyline in TV and film featuring LGBTQ characters. And in the new Tales, Mouse’s HIV-positive status is reflected as just a small part of his everyday life. It isn’t dwelled on. We’re at a time where most people with HIV are undetectable [and those who aren’t positive are] on PrEP, but it was interesting playing out “older generation meets younger generation” in terms of attitudes about that between Michael and Ben (Michael’s lover, played by openly-gay actor Charlie Barnett of Russian Doll), because Michael still carries all the baggage of that, the fear and the way it was drummed into us of that generation that you have to have safe sex.
Even though there’s these amazing new freedoms that have come with the developments that have happened, it’s very difficult to let go of that stuff. Michael went through it at a time when he thought he was gonna die. and he lost a lot of the people around him. It was a huge trauma to carry into this new generation of freedom, and for him that’s interesting and challenging to navigate through.

The show’s approach to the cross-generational divide is something I appreciate, particularly during that tense dinner debate where Ben calls out a gay man for using the word “tranny” and, in turn, he’s chastised for his young post-AIDS gay privilege. What about that scene struck you? It’s such a beautifully written episode. We had such an amazing team on the show and Andy (Parker), our writer for that episode, was just phenomenal. The thing that struck me about it is that it throws up both perspectives of a younger and an older generation, and it doesn’t allow you to take sides. You kind of agree and disagree with both, but they both have a point, and I love that. It does a beautiful job of just showing the complexity of that sort of collision of those two perspectives, but it doesn’t say this one is right or this one is wrong. It just shows the value of both.

To be a part of a show that once left a great impression on you, what was that experience like? What went through your head when you stepped on set and there’s Olympia Dukakis as Anna Madrigal and there’s Laura Linney as Mary Ann? It was completely surreal, and I felt that the moment I knew I had the job. It was very dreamlike, partly because I connected so strongly to the show and it and the books mean so much to me personally … . Also amazing because I love those women as actors in pretty much everything that they’ve done, but I first came to them — well, I think I’d seen Olympia in Moonstruck before Tales of the City, but I hadn’t seen Laura before Tales of the City, and so I strongly associate them with those characters.

So, I was nervous in my first few scenes with Laura, even though she was just very gracious and friendly. But then once we started the scene, I’m talking to Mary Ann! It’s weird! … It was very surreal and just a completely joyful experience. And Olympia — everything that she says just feels like she’s this sage woman reaching down from the heavens giving you this pearl of wisdom. I just wanna cry every time she says something. So it was just an absolutely beautiful experience.

Was there more pressure on you knowing that Mouse had already been played by two other actors? I didn’t feel that. I don’t know why I didn’t feel that, but I think maybe because so much time has gone by in between, and so much has happened to Mouse since we last saw him in the TV shows. Decades have gone by, and he’s gone through so much that I felt like he’s got the essence of Mouse, but he’s almost a new character … . He’s still got that buoyancy and that boyish, man-child vibe, which I love. But he’s gone through the depths, facing mortality, seen a lot of death. He’s been through some deep shit, really transformative stuff. So, I felt like I could really approach it fresh.

Do you keep in touch with the Looking cast? Yeah! That was a total lovefest, that show. And we became great friends. And we’re still really good friends, all of us. A bunch of us live in New York, so we see each other regularly.

Also, I think he has this boyish spirit but he likes to have this manliness to counteract his boyish, sometimes girlish, spirit.

Tales doesn’t shy away from queer sex, and in episode two there’s a great queer-sex montage. For Looking, writer-director Andrew Haigh was intent on making sure those sex scenes were done a particular way. In terms of authentically depicting queer sex and relationships, did you learn anything from working with him? Andrew is kind of a master of that stuff. He does that so beautifully, I think. But I guess one of the big differences for me between those two shows is that Dom in Looking never really got into a relationship. I mean, he did a little bit with Lynn later on. But what was really great in Tales of the City, and what Charlie and I were really mindful of, was we wanted all the sex scenes, all the intimate stuff, to be very intimate. We wanted to focus on the intimacy — these guys love each other — and that they’re not just fucking, they’re actually connecting. Because I don’t think we see a lot of that.

I think we get to see a lot of angry sex. … but I think it’s really beautiful for us to see more queer relationships that are loving and tender and, yeah, it’s sexual and hopefully feels very real. But the grounding point of it is that these two people love each other.

As editor of Q Syndicate, the international LGBTQ wire service, Chris Azzopardi has interviewed a multitude of superstars, including Cher, Meryl Streep, Mariah Carey and Beyoncé. His work has also appeared in GQ, Vanity Fair and Billboard. Reach him via Twitter @chrisazzopardi.