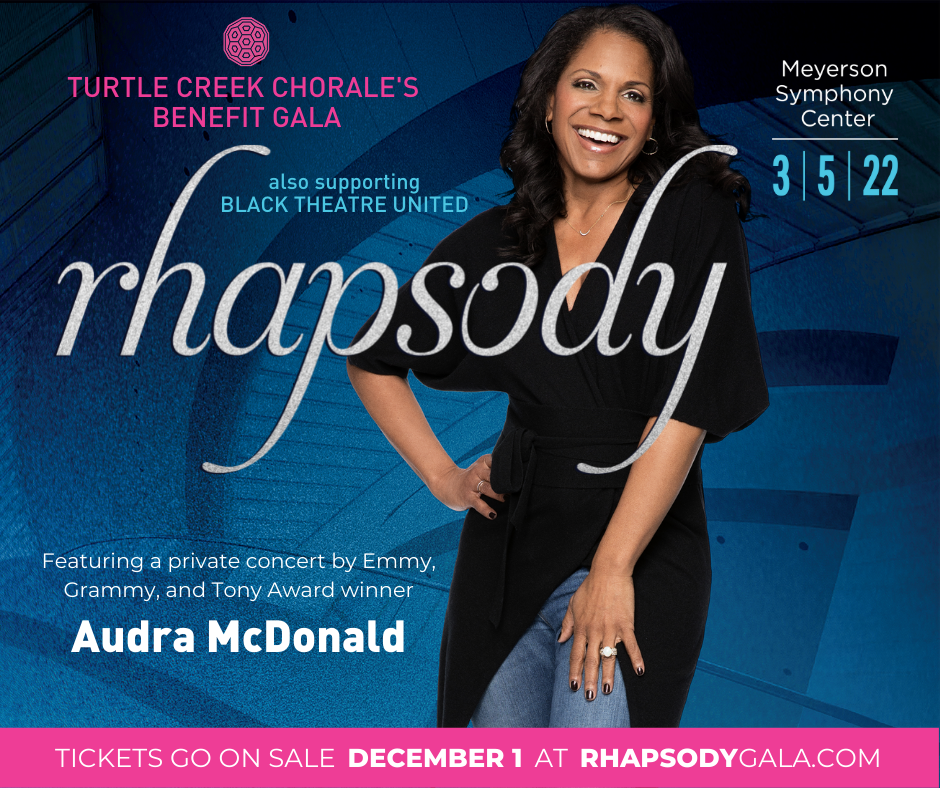 Tickets go on sale on Dec. 1 for Rhapsody that will be held March 5 at the Meyerson Symphony Center and can be purchased online at RhapsodyGala.com.

In addition to McDonald, the gala will include open bar receptions, seated dinner, live auction and an after-party experience with live band and dessert.

McDonald is the winner of a record-breaking six Tony Awards, two Grammy Awards, and an Emmy. In 2015, she was named one of Time magazine’s 100 most influential people and received a National Medal of Arts — America’s highest honor for achievement in the field — from President Barack Obama.

She will perform her trademark mix of songs from Broadway, the Great American Songbook and beyond on the stage of the Eugene McDermott Concert Hall in the Meyerson.

“I am beyond thrilled we are bringing this icon, humanitarian, and enormous talent to Dallas,” said Turtle Creek Chorale Artistic Director Sean Baugh. “I just can’t think of a single person who is able to reach her level of artistry and combine that with her efforts around equality and fairness, she is the perfect fit to headline Rhapsody.”