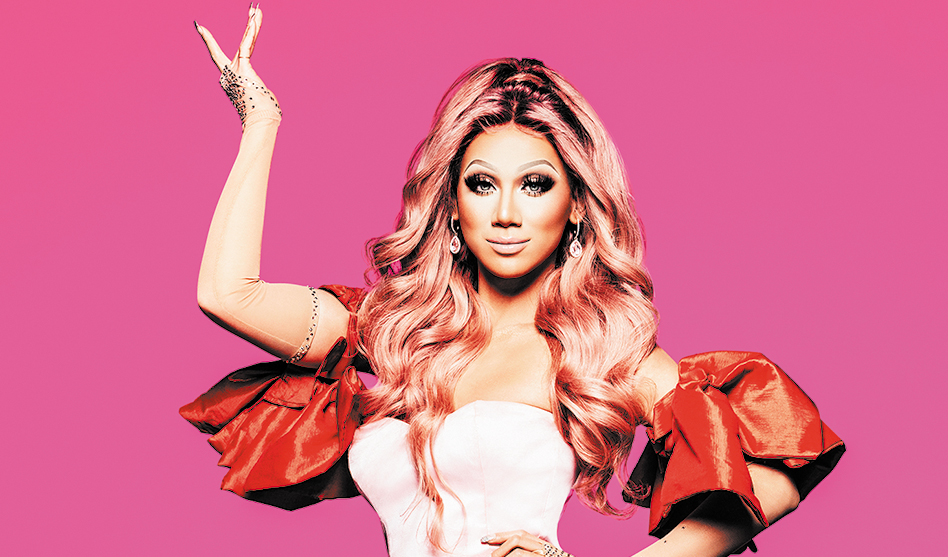 Dallas Drag Racer Plastique Tiara’s life has changed entirely in the last year, and she couldn’t be more grateful

It’s a month into the Werq the World Tour when we talk, and Plastique Tiara is having an “If it’s Tuesday, this must be Belgium” moment… only for her, it’s Nashville. The tour has just hit its halfway point, and the Drag Racer still has 20something more cities to go. But that’s not the end… just the end of the beginning.

After this tour, which finishes up with a swing through Texas in mid-November (plus one more date in early December), Plastique will join a drag tour in South America. Then it’s off to Australia. Then hopefully joining a residency in Vegas. Then… well, she’ll have to check her calendar. All she knows is, it’s a whirlwind. (When I ask her where she’ll be for the holidays, she gasps: “Good question! I guess it would be a responsible thing for me to figure that out. Thanks for reminding me!”)

Everything is new and exciting, of course, when you’re young. Plastique is just 22 (“I’m so old!” she sighs. “I’m not in the 21 club anymore! So sad.”), and barely a year ago, she was still a drag newbie. She’s only been doing drag for about three years, and even then “just on and off — I was working, going to school, so like once a month.

Then I won the Rising Star contest at the Rose Room, and it became like once a week.”

A few weeks after winning Rising Star, she submitted an audition tape to RuPaul’s Drag Race. While many contestants wait for years and resubmit applications several times, Plastique heard back about a month later — just after she turned 21. She almost immediately began filming Season 11, which aired earlier this year. “I got lucky, for sure,” she says. (She came in eighth; Yvie Oddly, who is now on the Werq the World Tour with her, won.)

Plastique seems genuinely grateful for all the good fortune she has experienced in the last year or so, but much of it was hard-earned. Born in Vietnam, she moved to the U.S. with her family at age 11, living in Houston before finally settling in Dallas when she was in the eighth grade.

“I didn’t know a lick of English when I lived in Vietnam,” she says. “It was a hard road for me… me and my electronic dictionary.” 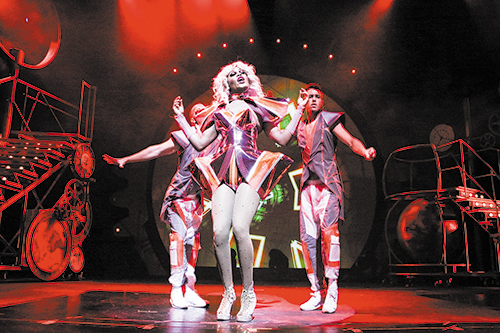 Even earlier than that, however, she knew she was different.

“I wanted Barbies when I was very little and asked my mom to buy me one — it was the first sign of me being different,” she says. “I always wanted to play with dolls when I was little. I was never attracted to cars — beauty and fashion always were my interest.”

Her mom didn’t know quite what to make of this young boy… and was even more puzzled when she came out as a drag performer.

“When I was first getting into it, they thought I had psychological problems!” she laughs … although she’s totally serious. “My family is getting better, for sure. They still don’t get it, but they are getting used to it — before it was just like I was cursed by the devil. My grandparents are a little more supportive of my drag than my mom — they will tell me when I am on TV in Vietnam.”

She eventually became a hairdresser after years of practicing on Barbie. So it wasn’t a far trip for her to choose Barbie as her drag inspiration: “ Big hair, womanly body, and you can dress it up however you want?” she notes.

What’s not to love?

And now it’s her turn to inspire others.

“I never thought I would be doing this as a way to somewhat inspire some kids out there is crazy. That’s my main purposes for doing this tour — there’s some way to inspire [other Asian kids] that you can make it.”

Being on Drag Race has certainly transformed her life.

“I’m still trying to wrap my head around all this, now that I’m doing this for a living,” she says. “It’s life-changing.

I love being here with all the legends — people who I have looked up to for so long, watched on TV, and now I’m getting to do the show with them. I used to perform with Asia O’Hara on amateur night at the Rose Room, and now she’s on this tour with us!”

And her drag name — how did that come about? “I don’t know. I was just watching My Little Pony. I was 16 years old. I was bored. I was stupid. And now it’s mine. Hello!”