As ‘Will & Grace’ is about to go away, star Sean Hayes explains the end… and new beginnings for him 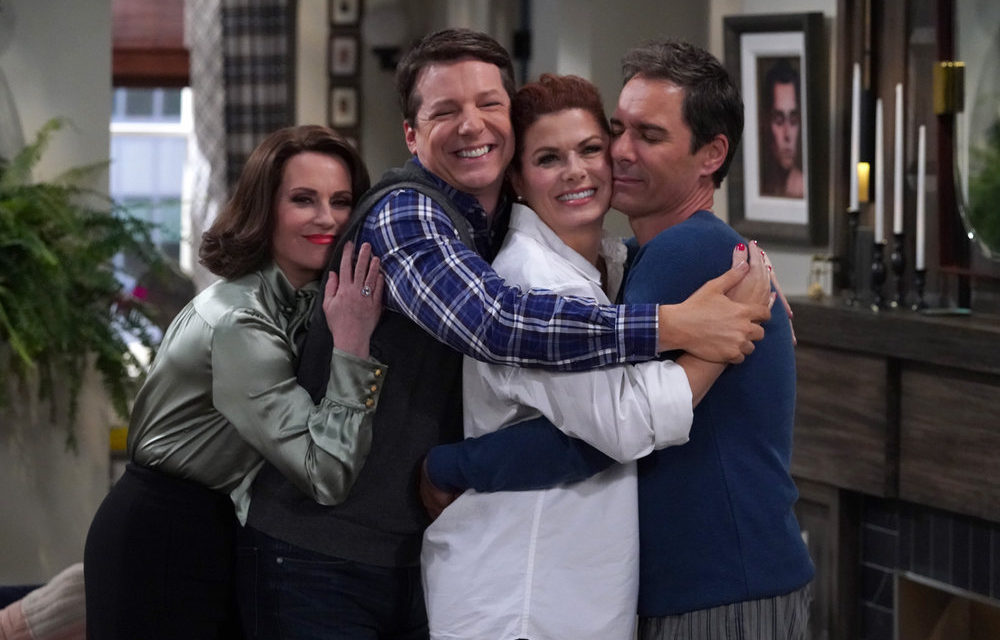 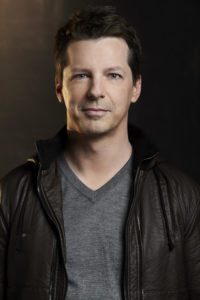 Under any other conditions, it might seem strange to tell Sean Hayes what I’m wearing. Given that Hayes slips into some sweats to play a do-nothing cisgender woman named Susan O’Connell for his new VOD film Lazy Susan, it makes some sense that I tell the Emmy-winning Will & Grace star that I’m lounging in athleisure like a lazy Susan. (And, well, he did ask me if I was working from home — our new not-normal normal.) Where do you go with Hayes from there? Everywhere: from developing Susan to why it was time to end Will & Grace (for real this time) and how his best lazy days involve his husband and Sigourney Weaver.

Dallas Voice: What’s a lazy day in your life like? Sean Hayes: A lazy day in my life is usually Sundays. My husband Scotty and I don’t do anything and we call it Cinema Sunday. We pick a movie out and we just sit there on the couch and watch it, and we usually have the doors open to the backyard and we take naps. Or I’ll put on This Old House. I love that show so much.

So you guys will watch that together or you’ll do the movie and then you’ll nap? Yeah. Doesn’t that sound exciting?

What was your last Cinema Sunday flick? The original Alien. There’s nothing more relaxing than watching somebody’s stomach burst open.

I’ve read that Susan is based on a character you initially developed for an audition for a sketch show years ago. Is that true? No… yes, of course! I just like to make things up! No, it was. I had a call from my agent when I was 21 years old living in Chicago to come in and audition to replace the quote-unquote white guy on In Living Color, which was Jim Carrey because I guess he was leaving the show. So I go into the audition with a bag full of wigs and props and just tons of stuff to do, tons of characters. One of those characters was Susan, and I did it and that’s the story.

And so here we are decades later, and at the suggestion of my very good friend Reyna Larson, who I went to high school and college with. She was like, “You should do something with that character you did but name her Lazy Susan.” I thought, “That’s such a great title,” and then I worked backward from the title and that character. I wrote a TV pilot in one day. It was awesome. It was so fun. It just came out of me.

Then after I shared it with my friend Darlene Hunt, a prolific TV writer who created The Big C on Showtime, she was like, “Honey, I think this is a movie,” and I was like, “Really?” She goes, “Yeah, this script is the first act of the movie.” And I was like, “That’s really interesting.” And so there we go. Then I brought it to Carrie Aizley, who’s another good friend and Carrie also read the pilot and she came up with some really witty, amazing dialogue for the rest of the characters. So we all three sat down and wrote it together. 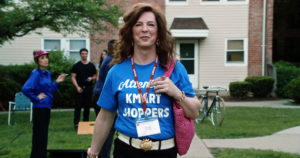 It’s good to know people… otherwise Susan might’ve still been dormant. I think she wakes up dormant! I didn’t want the joke to be a man playing a woman, as we’ve seen so many times. I wanted it as an acting challenge. I thought it’d be really interesting to feel extremely uncomfortable in woman’s clothes but acting like I’m not.

This character might’ve played differently 15, 20 years ago.  Sure.

But now there’s heightened sensitivity around who is playing what. For instance, I read a comment on your Twitter that asked: “With a guy playing a cisgender woman, does this not fall into the same issue of Caucasian actors playing Asian characters or cis actors playing trans characters?”  I don’t have time for any of those people. That’s my answer. Those people are way overthinking all of this.

You mentioned not playing her gender as a joke, like it was in films like Some Like It Hot, Tootsie and Mrs. Doubtfire. In those films, the joke was a man, or men, in a dress.  They were men playing a woman to reach a certain goal as a man. This is not that movie. This is a character that I’m playing, just like Jared Leto, who I think is a brilliant actor and who won an Oscar for playing a trans character [in Dallas Buyers Club]. That’s why we’re actors. We like to play different parts, period. We shouldn’t be thrown into the social conversation of what’s right or wrong when it comes to the craft of acting.
How did Susan initially come to you? Is she based on anyone in particular? Yes, but I can’t say who. It’s based on a few people. By the way, men and women.

Like Jack, she’s pretty self-absorbed. Do you see any similarities?  I don’t see them that similar at all. I think Jack is very put together, and when given a task very responsible, shows up, has a bunch of different jobs. Susan can’t even get out of bed. But my intention was just to entertain.

You mean the ones we don’t really see anymore? Right, exactly. And so the Oscars have become an independent film festival, that’s all. But I loved Welcome to the Dollhouse and I loved Napoleon Dynamite and all those films. Now it’s huge studio films that open these film festivals when it’s like, what about the little films that we all used to go to discover at independent film festivals? I wanted to make one of those. I mean, hopefully we succeeded. I think we did. But those are close to my heart. Probably because that’s what started my career, too [Hayes starred in the 1998 gay-themed rom-com Billy’s Hollywood Screen Kiss.]

As far as Will & Grace goes, after its recent revival, it’s been said that it will absolutely not return, ever. There will be no more. That is 100 percent for sure.

How did you and the rest of the cast reach the decision to end it for good?  It’s time. We were supposed to come back for 10 episodes and that’s it, and then because of the response we just kept making season after sea-son. I think we ended up making something like 52, 53 episodes and it was so fun and I’m so, so grateful and honored and privileged to have that experience again, but everybody knows when it’s time to move on. I thought eight seasons was long. Then here we are with three seasons. I mean, they weren’t “full” seasons like they used to be, but in the world we live in three seasons seems to be plenty.

How much of “Just Jack” was improv?  Well, the hand gestures were me. On paper it just says “Just Jack,” but we had the best writers in television ever on the show, in my opinion, and at the same time I had a director that’s the best director in television. He was the best for many reasons, one of which is letting me experiment with physical comedy. So that’s where some of that comes from — just experimenting.

You don’t count yourself as an activist, but do you think you’ll see a gay president in your lifetime?  I have to believe we will, yes. And I have to believe that he will be referred to as a president, not a gay president. That’s the other thing: I would never say you are a gay journalist or I’m a gay actor. I’m an actor. You’re a journalist. Why do we have to preface every single title with our sexual orientation?

What’s next for you? What I’ve been working on is the Netflix series Q Force, which is… you know, OK, the short description is “gay James Bond.”

But, Sean, we can’t preface it with “gay.”  I know! That’s why I’m laughing because I just said that. But in that sense, you have to because it’s the person’s name, not the title: gay James Bond. I wouldn’t say gay spy or gay agent. That’s the short answer.

Gabe Liedman — he runs PEN15, which is such a funny show — is the creator and showrunner of Q Force, and Mike Schur [Parks and Recreation, Brooklyn Nine-Nine, The Good Place] is supervising producer. So we’re surrounded by incredible talent and then incredible writers, but it’s really … I can’t wait for people to see this show. It’s super, super fun. And it’s a great cast … but I can’t say who it is yet. But you, of all people, your mind will be blown.

You weren’t out during the first part of your career, and so much has changed just in the years since then. What do you appreciate most about this current moment for LGBTQ actors?  Just to clarify: The first part of my career I was out. I just wasn’t out to the press. Had we met at a cafe, I’d be like, “Yeah, I’m out and proud!” But you can read all about my issues about that online.

Anyways, I think the tide continues to change in the favor of being historically on the right side, in that I think finally people in decision-making roles are becoming aware of the sensitivities that they should have had years prior. I mean, I’m a fan of “best actor gets the part,” no matter what. No matter what. No matter if you’re gay, straight, bi, lesbian, LGBTQ, black, Asian, whatever.

Yeah?  [Laughs] I’m on the fence, you know. As an actor we want to challenge ourselves and we want to play different parts and that’s why we’re actors. But on the other hand, there should be plenty of parts to challenge yourself that don’t take away jobs from people that are entitled to be given the opportunity.