Arting through a pandemic 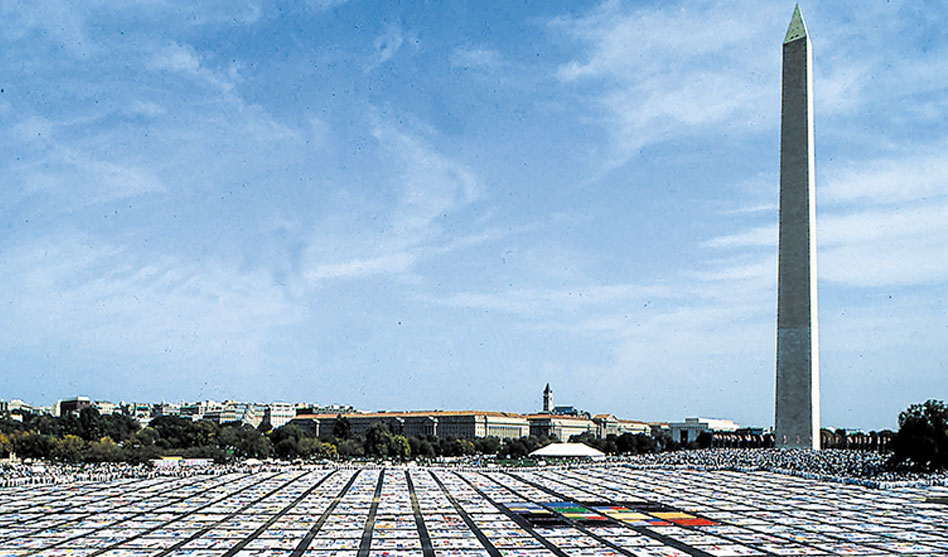 What the AIDS Memorial Quilt can teach us now

In 1985, a gay male by the name of Cleve Jones attended a candlelight memorial for Harvey Milk. It was there among his people that he dreamed up what would later become the largest piece of community art in all the world: The AIDS Memorial Quilt.

And while he conceived of the idea in 1985, it wasn’t until two years later in 1987 that he acted on his impulse and created the first panel in honor of his friend Marvin Feldman.

What Cleve dreamed up amid the chaos, fear and lack of attention by political leaders during those early days of the AIDS epidemic became an act of resistance, a memorial and a movement for our people. It became a beacon of hope that said, “We, together as a community, can and will get through this.”

This past Saturday, I took a walk around my neighborhood — our gayborhood. I was met with sharp air, empty sidewalks, curbside pickups and sign after sign of declarations of mandatory closure. 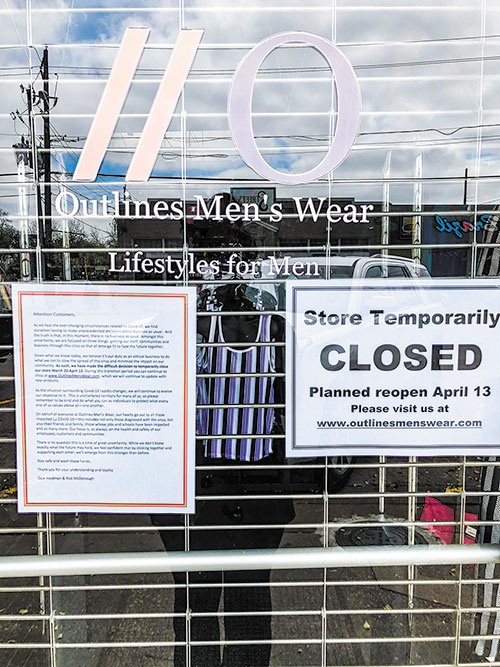 Bars that would have been full of gaiety, laughter and drag queens were emptied. Restaurants that would normally be bustling with the brunch crowd were offering take out to few — or none.

The majority of what I passed on my walk were small businesses, meaning businesses that were envisioned, just like The AIDS Memorial Quilt, by one person, one person who had a dream, a vision of what could be: Frank Caven. Bill Nelson and Terry Tebedo. Ricky Stillwell and Steve Freeman.

As we sit here in our homes, sheltering in place, some of us already bored, some of us grateful for the space, some of us drinking and Netflixing ourselves numb. We are also, collectively, experiencing a need — a need to connect, to express, to do or to create something.

More often than not, our expression of “needing to do something” is socially driven. We go live on Facebook. We make TikTok videos of our whipped coffee. We snap photos of our life in quarantine and post them on Instagram.

We do all this because we are desperately trying to make sense of what’s going on in our world. We do it all in hopes of understanding what is happening to us by expressing what’s in us — the fear, the insecurity, the worry and the realization that the world as we know it is crumbling and our lives, upon return, will never be the same.

A few days before my walk, I was checking in with a fellow artist friend when he mentioned that he found it difficult to do anything creative — paint, read, write — during this time. I had felt that way, too. When all this went down and I learned that my wife would be furloughed at least until April 29, it felt like the night we watched Trump get elected: heartbreaking, sad, angry, my mind full of thoughts of, “How are we going to survive this?” “How am I going to keep going?” 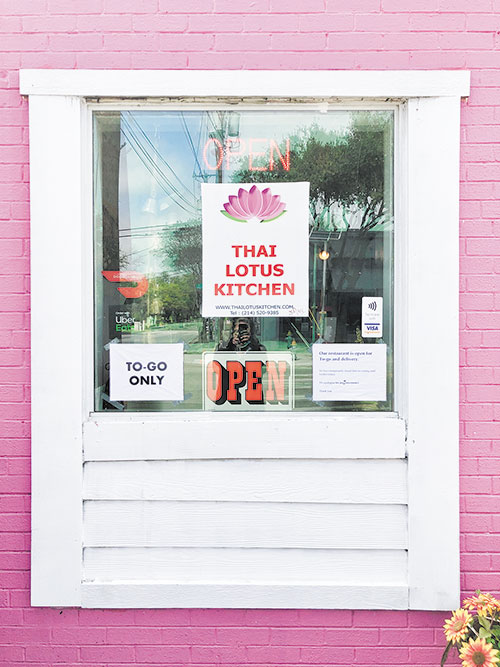 But as I returned home from my walk in our gayborhood, a thought bolted across my mind: The Names Project. The AIDS Memorial Quilt.
BAM!

It’s what we’ve always done. And there on my walk were the businesses, the ideas made flesh, to prove it.

And just like Frank Caven or Cleve Jones, Gloria Anzaldúa and all of the other queer and of color artists I’ve spotlighted in this series over the last few months, we all are brimming with ideas and feeling the pull to do or create something during this time.

Whatever we feel is valid. Whatever we want to create is valid. Whether that’s a video, an online talent show, poems, a meme that cracks a smile on someone’s face — IT ALL MATTERS!

It all counts. It all helps someone somewhere in some way.

Because think about it this way: What if during one of the most critical junctures of the history of our community Cleve Jones decided NOT to act on his idea? What if he let himself drown in all the sadness, chaos, and inequality happening to his community? Our community, our world would be missing out on one of the most beautiful pieces of artivism (art + activism) and one of the most moving memorials in our world.
We are at a similar juncture and crossroads today.

As the world continues to shut down around us, as people continue to be laid off, lose their jobs, and be furloughed indefinitely, my hope is that we ourselves remain open — open to possibility, open to using our feelings about all this as fodder for art, as sparks of hope, and visions for our future.

You never know what future action your art of today may inspire.

So whatever it is you do — write, paint, perform, sling drinks, act, design — continue to do it. Do it through this. Beyond this. And despite this.

To help us keep thriving, I’m teaching a virtual class, Arting Through This: How To Keep (Or Start) Creating, Living, And Sharing Your Gifts In Uncertain Times at 1 p.m. Wednesday, April 1. Find out more about the class at brandiamaraskyy.com/arting-through-this-class/

Link to the podcast recording of the DV article: https://soundcloud.com/brandi-amara-skyy/s2-ep01-arting-through-this-one-minute-sparks-for-artists
Link to resources – https://www.brandiamaraskyy.com/arting-through-this-resources-things-to-do-while-youre-in-insolation-or-quarantine/