Art by and for the people 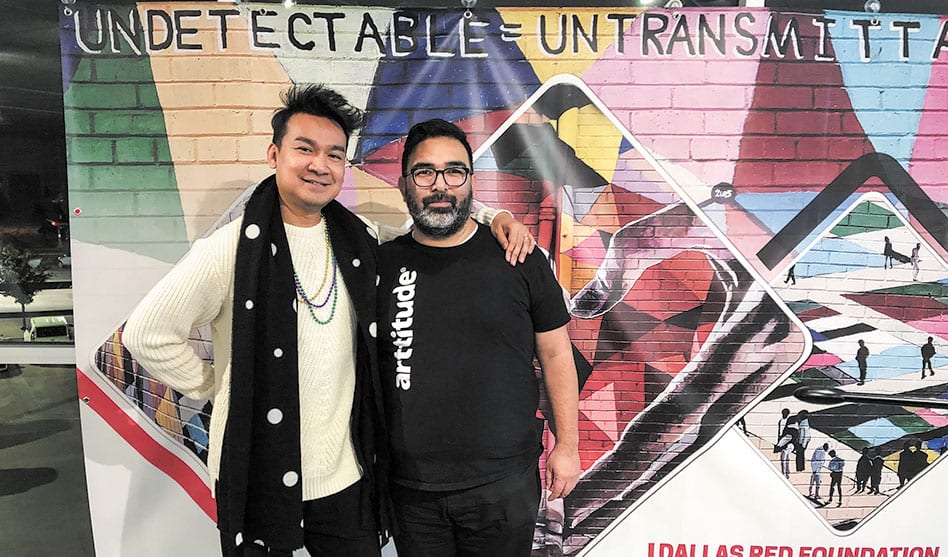 Since its inception in 2014, Arttitude has worked to bring the LGBTQ community together through art. Through donations and sponsorships from various organizations and individuals, Arttitude has been able to produce several art exhibits, events and showcases at no cost to attendees. As part of the impending revamp of the Cedar Springs Strip in Oak Lawn, the organization is creating a mural to commemorate 50th anniversary of the Stonewall Riots, which will be celebrated in June this year.

“We will be featuring the trans activists who were instrumental in starting the gay rights movement,” Arttitude co-founder Jerome Larez explained. “I think people who are not part of the ‘G’ or ‘L’ part of the LGBTQ spectrum — people of color and the trans community — often go overlooked. We don’t really realize the impact they had with the Stonewall Riots.”

And they hope the community will remain engaged with the mural project once the painting begins.

Arttitude co-founder RafiQ Salleh-Flowers said, “The idea is to bring the community together. We will invite members of the community to come paint with the muralists, that way, instead of one gay person painting the mural, it will represent people from all parts of the LGBTQ community.”

During the production of the mural, Arttitude plans to host parking lot parties with food trucks and possibly drag shows to hopefully get people of all ages, genders, sexual orientations, races and abilities engaged and contributing to the project.

“Everything we do is complementary to the community,” Salleh-Flowers said. “We want people to have access to art.”

“’Maricon’ is such a strong word,” said Larez. “It’s so derogatory. So we decided to reclaim that word and turn it into something positive. It brought the Latinx artist community together. It was a way of saying, ‘This is who we are, and this word is no longer going to be something negative for us.’”

Arttitude is currently accepting submissions for this year’s MariconX exhibit, which will be held at the Latino Cultural Center from June to August.

Work on the Stonewall mural is expected to begin within the next month, and the mural should be complete by mid-to-late May, in time for Dallas Pride on June 1-2.