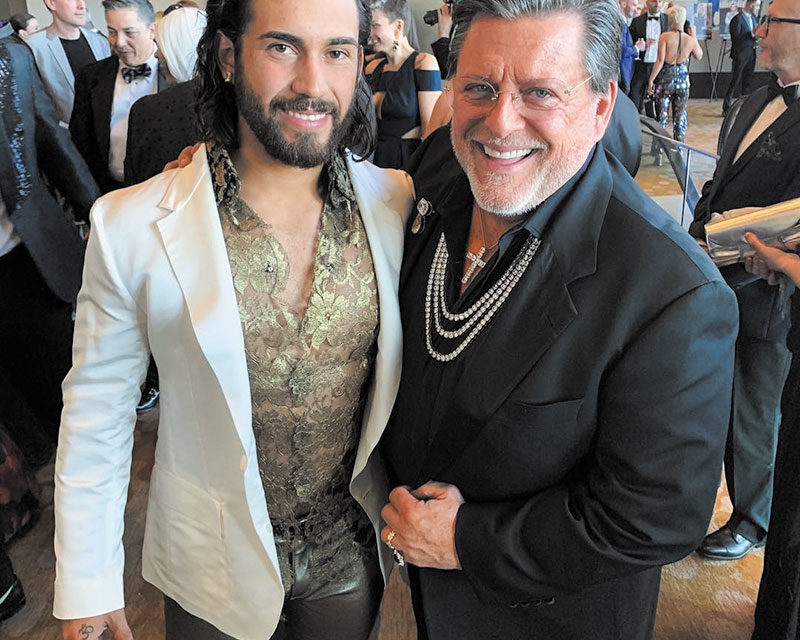 When Arnold Pacetti first moved to the United States from his native Chile in 2015, he spoke no English and knew nobody except a cousin. But he hunkered down to learn English, set up a business and absorb the culture.

“When we met, I didn’t know all about [Joe’s charity work],” Arnold says. Joe introduced him to the world of philanthropy and civic engagement.

“For me it was a different experience — what rich people do to help people. But it’s not about being rich — it’s about helping people in all sorts of situations in any way you can.”

When the Pacettis (they married last year) attended an event for the Suicide & Crisis Center of North Texas, its mission struck a chord with Arnold. He met a woman who told a story about suicide that sounded familiar: Arnold had personally prevented the suicide of a friend. So he decided he wanted to become involved. That’s how he and Joe undertook getting Steve Grand to Dallas for a performance and fundraiser.

“I’m passionate for everything I do, but it’s still new for me,” he says. “I’m very private, even about helping people, but you make the time [to let others know about your passion]. You have to decide if you want to watch TV or dedicate your time investing in [nonprofit work]. It has helped me find ways to change my perspective.”

Changing perspectives is one way to combat depression; and educating others — and talking about it — is the first step.

“The show is the motivation to give money” to the center, Arnold says. “It’s a mentality of ‘Hey, make the donation! It could affect you or someone you know.’ And the concert is a bonus. But once people get together to talk about [depression and suicide], you can change things.”