Arizona politics are a drag 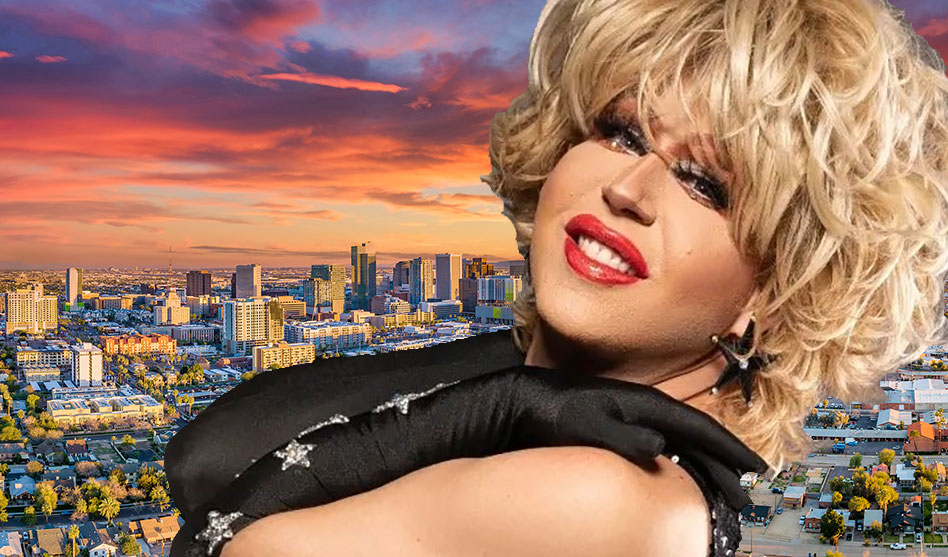 Arizona starts the year off right by protecting children from lace front wigs, stoned tights and faces beat for the gods!

The list of threats to children in the United States is very long. Off the top of my head, I can name gun violence, car accidents, cancer, drug overdoses, suicide and abuse and neglect — not to mention the long-term health consequences for kids who are exposed to environmental toxins and those who live in poverty.

For a political party that claims to care so much about children, it’s strange what Republicans actually focus on when they claim they’re trying to protect kids. Because they’ve already made it very clear that they don’t care about gun violence. Or pollution. Or poverty. They choose guns over kids’ lives every time; they claim environmental protections are Marxist, and they think that poor kids made a bad choice to be born poor in the first place.

What Republicans claim your kids actually need protection from is, of course, drag queens.

“If you walked up to someone at the supermarket today and said, ‘Hey, what’s a problem that’s facing you and your family?’ I bet they would list 15-20 things before they ever got around to drag shows,” Arizona performer Richard Stevens — whose drag person is Barbra Seville — told AZFamily.com.

And I would bet that many of those asked wouldn’t list drag shows at all! And yet, here we are: In Arizona, the 2023 legislative session opened with several efforts toward incredibly important crackdowns on drag shows. As God intended.

The first bill dictates what hours drag shows are allowed to be held, lumping them into the category of shows with nudity. The second bill yanks state funding from places who violate the first. According to The Advocate, the bills “are all part of a right-wing trend of attacking drag queen story hours and similar events.”

So if your local library wants to have Bob the Drag Queen read Two Grooms on a Cake to a group of elementary school kids, too bad, so sad. Empty your pockets and go straight to drag jail.

Arizona’s 2022 election, like in far too many other states, included Republican candidates campaigning on anti-LGBTQ garbage, like Republican candidate for Arizona governor Kari Lake, who wrote on Twitter in June, “They kicked God out of schools and welcomed the Drag Queens. They took down our Flag and replaced it with a rainbow. They seek to disarm Americans and militarize our Enemies. Let’s bring back the basics: God, Guns & Glory.”

Weird random capitalizations aside, Lake, a Trump endorsee, was called out by none other than Seville, who had considered Lake a friend — a friend who hired Seville to do drag at a party in her home. A friend for more than 20 years who attended 15 to 20 of Seville’s shows during that time, according to The Washington Post. Seville called Lake a “complete hypocrite.”

Oh, the shade of it all.

Thankfully, Lake did not win the election and is not Arizona’s next governor. Sadly, Republicans hold majorities in both the state Senate and House.

Sen. John Kavanagh, who sponsored the “do drag and lose funding bill,” also introduced a bill that “would not let school employees refer to students by pronouns that differ from a student’s ‘biological sex’ unless they get written parental permission,” according to The Advocate. Obviously, that would require the child coming out to parents who might, oh I don’t know, be people like Kavanagh.

But that’s just so parents can help their children, he said. I mean, if a kid can’t feel safe at home, why on earth should they feel safe at school?

“As radical politicians sow hate and fear with anti-LGBTQ rhetoric, we have seen the physical threats to our community multiply,” said Bridget Sharpe, Arizona state director for the Human Rights Campaign, to The Advocate. “From armed men who were stopped on their way to cause harm at a Pride Parade in Idaho, to threats of violence against local drag shows at libraries, to the continued rise in fatal violence against members of our community, especially Black transgender women. The Human Rights Campaign strongly opposes these anti-LGBTQ bills and urges the lawmakers behind them to stop attacking our community and instead focus on real issues impacting Arizonans.”

Of course, that would require these lawmakers to actually care about real issues impacting real people. And that’s just not how Republicans roll. And yet, people keep voting for them. And that’s a serious drag.