Are you there God? It’s me, Donald 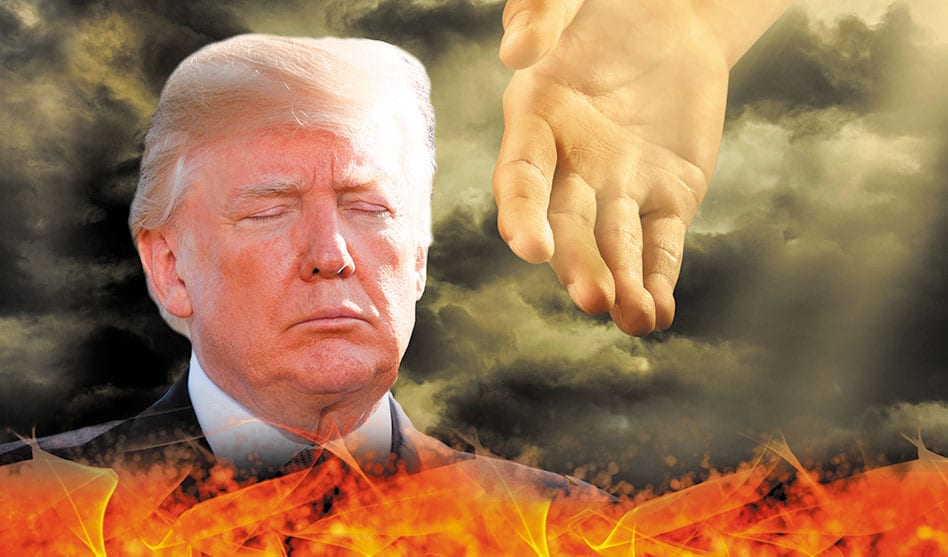 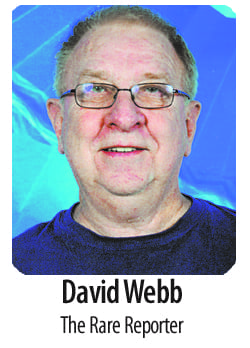 What would happen if, one day, God decided to speak directly to Donald Trump, just to set him straight on a thing or two? Here’s my idea of how that might look:

President Donald J. Trump took off on Air Force One today, headed to the American Heartland to give a speech before an audience of several thousand paid attendees wearing red “Make America Great” T-shirts and hats. As his motorcade arrived, they chanted on cue the scripted dialog they had memorized: “We love you, Donald!”

But just as he took the stage and started to speak, the president began to hear a ringing in his ears, signaling that he would be channeling another divine communication. The audience, of course could hear only his side of the conversation.

“Hold on folks, I’ve got a call coming in. Yep, it’s God. Hi, I was just about to tell all of these good, hard-working sheep how you’re in my corner, and how we’re going to make this the best year ever for Christianity and the Trump brand. What a team. We’re going to be so great!

“Oh, you don’t take sides and form collaborations, huh? Well, I guess you have to say that, but we both know you rigged the election, right? How else could I have won? It was nothing short of a miracle. Old Hillary really got shagged on election night. From Russia with love, and all. But my buddy Vladimir could only do so much. I owe you big.

“But enough about my spectacular political success. I bet you want to congratulate me on my fantastic popularity with Christians, right? It’s just fantastic. You know Pastor Robert Jeffress at First Baptist Dallas says I’m paving the way for you to make a big comeback on earth, don’t you?

“What? You don’t know him? He claims he talks with you daily. You know — he’s that little twerp that built the huge new temple to you in downtown Dallas and is obsessed with gay sex. The one that jumps in front of a TV camera every chance he gets; the one with all the face makeup.

He wears it constantly to be ready for the cameras. He looks a little kinky, but hey, different strokes for different folks, right?

“What?! You mean that little fucker isn’t really speaking for you?! You haven’t received any of the money he’s been collecting in your name? He just told everyone you had raised tithes to 15 percent because of inflation. Well, you just can’t trust anyone anymore. I can’t believe I’ve wasted so much time on that goofball. And I was about to give him a condo.

“What do you mean I shouldn’t be so mean-spirited and disloyal? I’m the most truthful, best-looking and likeable guy you’ll ever come across! My personality is absolutely magnetic! My skin glows with a healthy, deep, totally natural orange tan, and the sun beams off my golden hair!

“Everybody loves me! And everybody loves to read my tweets! Twitter plans to replace the bird logo with my face — if we can reach the right deal on it. It’s close.

“Huh? Who do you think you are to judge me and call me delusional?! I’m also the sanest, smartest person on the planet, and I’m ready to challenge you to a mental competency test. I guarantee you that my brain is bigger and better than yours!

“Oh yeah? Well the next time you want some air time don’t be calling me during one of my speeches! My speeches draw the largest crowds ever in the history of politics, you know. Call Sean Hannity at Fox News; he’ll set you straight!

“What? You don’t know who he is either? You watch CNN instead? How in the hell did you get the blocked number to my brain? Those damned leakers are going to really regret crossing me!

“And I’ll tell you another thing, I’m going to build my own church and start my own religion! It’s going to be the biggest, most beautiful church you’ve ever seen. And what’s more, you’re going to pay for it! Because all of my followers who have been contributing money to you are going to start giving it to me instead.

“And to think, I was about to give you a condo, too! I’ve had several open up since I had to quit cheating on Melania after the election. You can’t sneak anything past that woman. She’s got ears like satellite dishes these days.

“What? No, my hair is not on fire, and it’s not in any danger of catching on fire. Not my pants either. Why don’t you go burn a bush or something?

I don’t care who you are. No one is more important than me, and I’ve got a speech to give.

“What the hell?! Where did everybody go?! I paid them good money to be here supporting me for the video we’re going to release to the media, and they took off early!

“I should’ve gone golfing. I think I’m going to fire someone over this. You’re fired! You’re all fired. I can do it all myself. I’m ready to go back to Trump Tower. I can run the country from there. The White House is a dump. I miss my gold commodes.