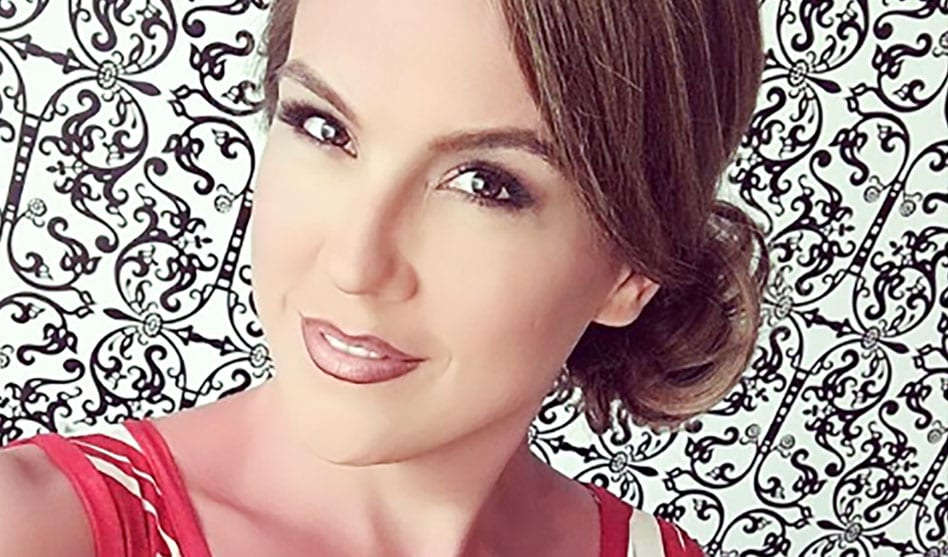 During her tenure as sheriff, Lupe Valdez issued a policy on how transgender people should be treated in the Dallas County jail. But according to Valerie Jackson, those guidelines were ignored when she was arrested two years ago.

And since Jackson filed suit against Valdez, current Sheriff Marian Brown, the county and several specific deputies earlier this month, others have come forward with similar stories.

Jackson was arrested at Dallas Love Field in 2016 when screeners found a gun in her purse. She said that she was carrying the weapon because she was being stalked, and police had told her they were unable to do anything about the stalker unless something happened, so she felt compelled to protect herself.

“He was showing up to my job,” she said of the stalker. “I had to be escorted in and out of work.”

Then when she was leaving on vacation, she simply forgot to take the gun out of her purse before heading to the airport. Jackson was later no-billed by a Dallas County grand jury, and all charges were dropped. But that was too late to stop the harassment and embarrassment she said she suffered at the hands of Dallas County sheriff’s deputies at the jail.

When she was arrested, Jackson said, she was told not to worry, that she’d be processed at Lew Sterrett and then wait in a room and watch TV until she was bailed out.

“Everything would be fine,” Jackson said she was told; it would be an easy process.

But after being processed as a woman, a male nurse at the jail asked Jackson about her menstrual cycle. When she said she didn’t have a uterus, the nurse asked why.

“He kept pressing as to why I had no uterus,” Jackson said. “I got the impression he didn’t understand what transgender is.”

An officer asked Jackson if she had had a sex change, and Jackson said yes. She was told she would have to prove it — even though, according to DCSO’s written policy, having a transgender person “prove” their transition is not allowed: “Detention personnel WILL NOT [emphasis theirs] conduct a strip search on an individual to determine the gender or sex,” the policy states. 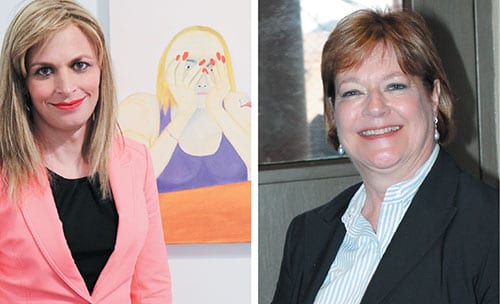 The policy says deputies can conduct a strip search only if contraband is suspected or with a written request or a court order.
(The entire nine-page policy on how members of the sheriff’s department should interact with the transgender community has been posted on DallasVoice.com.)

After the incident, Jackson spoke to Capt. Shelley Knight, the sheriff department’s LGBT liaison. Jackson said Knight apologized for the incident and told her it was a training issue. She gave Jackson her cell number and said if it happened again to have intake personnel call her.

It did happen a second time. “I had a minor disagreement with a friend,” Jackson explained. “I called the police on her, but they took me to jail for assault.”

That charge was dismissed as well, but when guards at the county jail repeated their treatment of Jackson, she requested they call Knight. They refused.

Once she was released, Jackson filed a formal complaint. Nothing happened — even though the county’s policy says a review board will address concerns and complaints about housing.

Jackson described the officers’ behavior as “mean, aggressive and argumentative.” At one point when she pointed out all of her identification indicating she is female had been issued by a judge, she said deputies told her, “That’s your opinion and your opinion doesn’t matter.”

Jayla Wilkerson is a Dallas County assistant D.A. who is transgender. When news of Jackson’s lawsuit became public earlier this month, Wilkerson was outraged and began posting links on social media. She also met with Capt. Knight.

Wilkerson said she was already thinking about leaving the D.A.’s office and had been offered a job with the city attorney. When Jackson’s story broke, Wilkerson said, she decided to turn in her resignation so she could fight for better training and implementation of the policy, something she felt couldn’t do while inside the D.A.’s office.

Others come forward
As a result of this lawsuit, not only has Dallas County lost an experienced assistant D.A., but other people have been coming forward to talk about their experiences at the Dallas County jail.

One trans man, who asked to remain anonymous, texted Wilkerson, telling her “I was denied my rights.” Although his gender had been corrected to male on his identification, deputies made him dress in a female inmate uniform. After he was paraded in front of the men’s section, where he was taunted and “called every name imaginable,” he was placed on the female side of the jail, Wilkerson said of the man’s experience.

Another transgender woman contacted Dallas Voice with a similar story.

“I was going through a break up with my boyfriend of six years,” she explained, saying that they had come home from a DIFFA event when he “started going crazy.”

The woman described her ex as abusive, both emotionally and physically. When he started attacking her, she recorded the incident on her phone before calling 911.

But when the police arrived, they explained to her that in a domestic abuse situation, someone was going to jail, and because the only visible mark on either of them was the mark she left on him when she tried to fend him off by biting him, she was the one going to jail in this instance.

Because the woman’s driver’s license, Social Security card and passport all list as female, she was processed as a woman. But one female officer eventually asked, “Are you female? Do you have a working vagina?” And when the woman replied she did not, the female officer said, “Ha! I told you all you should have frisked this one a little better.”

Officers told the woman she could be put in a special holding cell if she signed a paper indicating she was either gay or HIV-positive. Since she doesn’t have HIV and, as a woman who dates men, doesn’t consider herself gay, she refused.

She said three male officers then had her undress, refusing her request to have a female officer in the room. “I felt like I was being raped,” the woman recalled.

Officers then started reprocessing her as male and dressed her in male inmate clothing, even though, she said, her double-D breasts didn’t fit in the shirt very well. As she was paraded through the women’s section, inmates were asking why a woman was dressed in men’s garb. Then one officer took her to the men’s side, but on a circuitous route through the kitchen and what she described as “the catacombs” of the building.

Alone with just one officer, she said, “Anything could have happened.”

As she walked through the men’s cellblock, inmates were catcalling and asking why a woman was on their side. Finally, she was placed in solitary where she was held for about 14 hours. After about 10 hours, she was given something to eat.
Had her gender identity not been an issue, she would have been out in three to four hours.

The woman’s case went to a judge, who looked at the video, said she should never have been arrested in the first place before dismissing the case completely. In addition to having to pay an attorney, she also had to spend time and money getting her mugshot removed from websites. She is currently spending more to get her record expunged.

Several additional policies were broken in these cases: “Use pronouns as requested by the individual,” the policy says, a directive that was violated in both these cases.

And according to the policy, “Employees will not embarrass, ridicule or harass transgender/intersex/gender nonconforming inmates.” That rule was ignored in all of the cases.

Gays aren’t safe either
If you are feeling safe because you aren’t transgender, you should reconsider.

William is a gay man with long hair and painted nails. He said his long hair is because his mother died of cancer, so he grows his hair out to donate for wigs.

After work several years ago, he was pulled over because he had a headlight out. When the officer ran his license, there was a warrant out for an unpaid traffic ticket.

The officer kept calling him ma’am, he said, and took him to Lew Sterrett. Once there, the guards taunted him about his long hair and nails and told him they’d have to do a strip search.

“For a speeding ticket?” he asked. He said he was told to strip in front of five male officers and kept naked for awhile.
Once processed, he was held overnight until he could see a judge in the morning. The judge let him out after paying a $10 bond.

PREA
Jackson’s attorney Scott Palmer explained that Jackson’s case is based on county employees violating their own written policies and procedures but also on violations of the federal Prison Rape Elimination Act, passed by Congress in 2003.

PREA includes grants for studies to find ways to implement the law. Almost a decade passed before rules were issued, but once they were, processes on how to screen, classify and house transgender inmates were clear, according to the National Center for Transgender Equality.

Those “who may be at risk because of their transgender status, gender nonconformity, sexual orientation or intersex condition” as well as “an individual’s own perception of their vulnerability” must be considered for their risk of experiencing or perpetrating abuse.

Individuals must not be disciplined for any nondisclosure during screening. Facilities must use the information for safe housing placement.

Decisions about housing should be made on a case-by-case basis. Regardless of where they’re housed, transgender individuals must be given the opportunity to shower separately.

If the DCSO policy and PREA rules had been properly followed, Palmer said, “I would never have met Valerie.”

After hearing these complaints, Dallas County Commissioner Theresa Daniel has decided to initiate an investigation into the situation. She said, “Dallas County has policies to make sure all people are treated fairly and with respect and dignity. We take such claims very seriously, and I have started an inquiry into the accusations.”