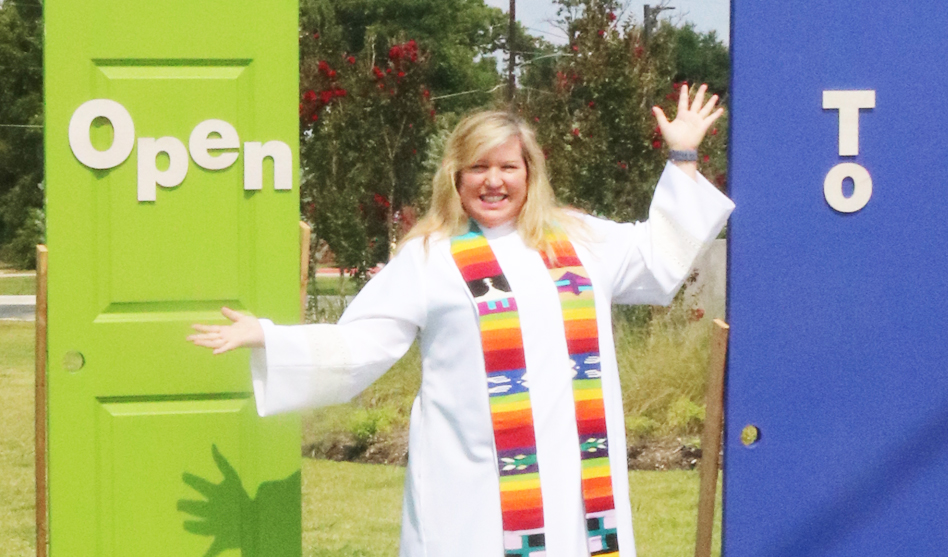 The concept of the art installation consisting of rainbow doors standing next to Cathedral of Hope’s new entrance began with what seemed a simple message: “God’s doors are open to all.”

Then the Rev. Neil Cazares-Thomas took his first trip to the Texas border along with a number of other local clergy, and that simple message took on new meaning. Children shouldn’t be living in overcrowded prisons and drinking out of toilets with no access to outdoor activity, he told Dallas Voice after his trip.

And then two mass shootings in one day — one in El Paso and one in Dayton, Ohio — took the lives of at least 30 people, while dozens of others remain hospitalized with life-threatening injuries.

The El Paso shooter is from Collin County. He grew up in a “McMansion” in Allen and graduated from Plano High School. He’d been unemployed for seven months and was receiving food stamps. That seemed good enough for him but not for others fleeing for their lives from conditions much worse than a McMansion in Allen.

With that, the message about the doors of Cathedral of Hope being open to all people suddenly came into clear focus, the Rev. Erin Wyma said.

“When you open your doors to all, the people who’ve been on the inside need to learn new things,” she said. “They need to learn to adapt.”

Wyma cited her church’s work with its transgender members as an example. To better welcome the transgender community, CoH created a transgender council. But only about four or five people put themselves out there when it began.

Wyma said as the council worked, the transgender community saw the church was serious about inclusion, and now about 20 people are leading the way on trans inclusivity.

Wyma said she is proud of the transgender handbook the council created that includes everything from definitions to religious ceremonies tailored to meet the needs of the transgender community. Those ceremonies include a renaming ceremony and a baptism for those seeking to be baptized as their authentic selves. Wyma said these are celebrations of life that affirm members of the congregation. 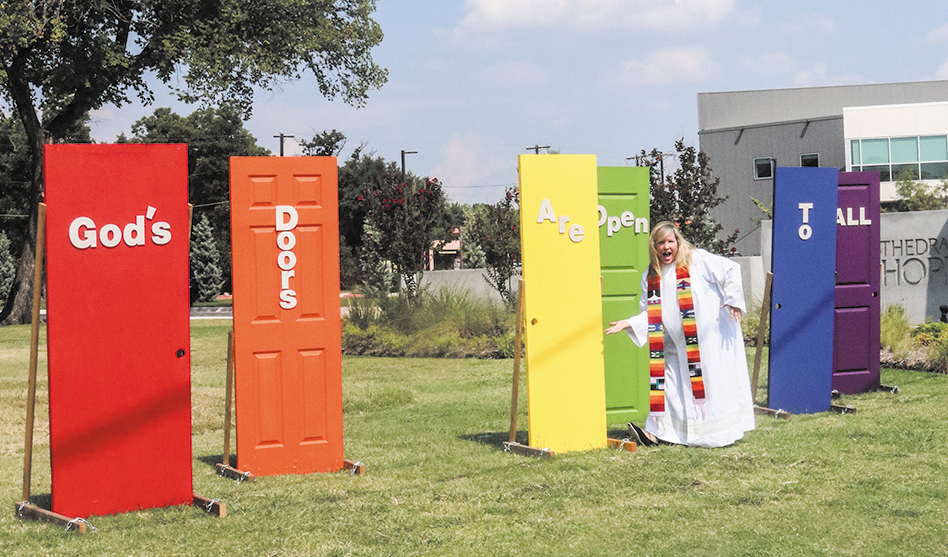 For her efforts with the church’s transgender outreach programs, Wyma is proud to have recently been named Cis Ally of the Year by Transgender Pride of Dallas.

Wyma said the church’s commitment to having a Spanish language service has grown to include assisting those church members with their specific needs. That includes bringing in attorneys to help with legal needs, for example. And that’s one reason Cazares-Thomas traveled to the border.

Wyma said as the doors swing open to welcome everyone, the church’s straight membership has grown.

“I know of three couples who’ve lost friends because they joined our church,” she said.

While she couldn’t quite explain the theology behind this “hate thy neighbor if they join a different church” idea, Wyma said their experience just increases the need to embrace whoever comes through the doors at Cathedral of Hope.

“We are about celebrating, even when we are overwhelmed by what’s going on,” Wyma said.

On Sunday, Wyma’s sermon was about the story of Esther, a Jewish woman who became queen of Persia and used her position to save the Jews who were going to be exterminated. Wyma called it a timeless story of racism.

Wyma said today we are called to leverage our voices of welcome. When a gunman heeds the voice of someone in power marginalizing a group to the point he would travel 600 miles to kill as many people as he could, we must find the thing we can do to oppose that hatred, she insisted.

Cathedral of Hope decided to leverage its voice by placing that simple message along Cedar Springs Road. No matter what message is sent out by some churches, Wyma said, the message of her congregation is clear: God’s doors are open to all.