Alan Turing will be new face of British 50 pound note 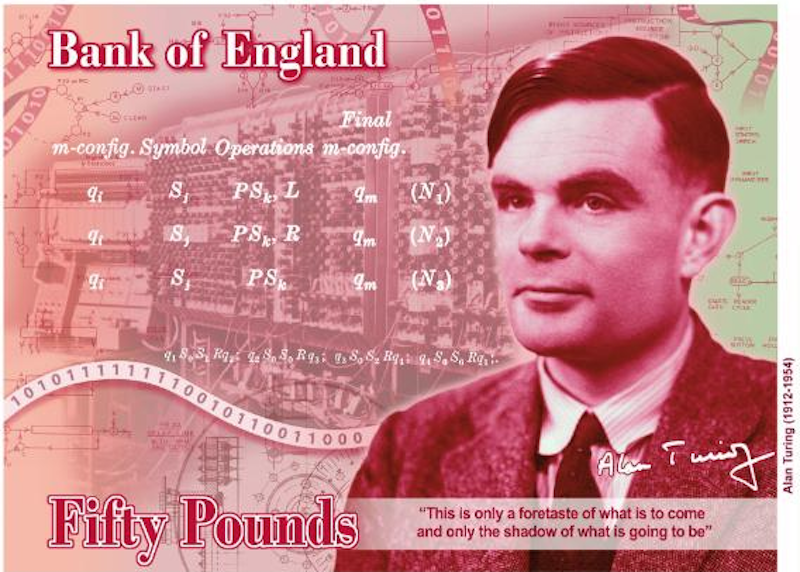 Alan Turing will appear on the new British 50 pound note. This is the first time an openly gay person will be the face on a major paper currency.

Turing is credited with breaking Germany’s Enigma Code during World War II that shortened the war in Europe. He created a code-breaking machine and is known as the father of modern computing.

After the war, Turing was convicted of indecency because he was gay, and, in 1954, he committed suicide at the age of 41.

He was pardoned by Queen Elizabeth in 2013. That led to the pardon of others thousands of others convicted of the “crime” of homosexuality under “Turing’s Law” in 2017.

In announcing the note, British Prime Minister Theresa May referred to Turing’s “pioneering work” and said it was important to remember the contributions and “impact of LGBT figures throughout history.” She said LGBT history is often less visible than contributions by other groups.