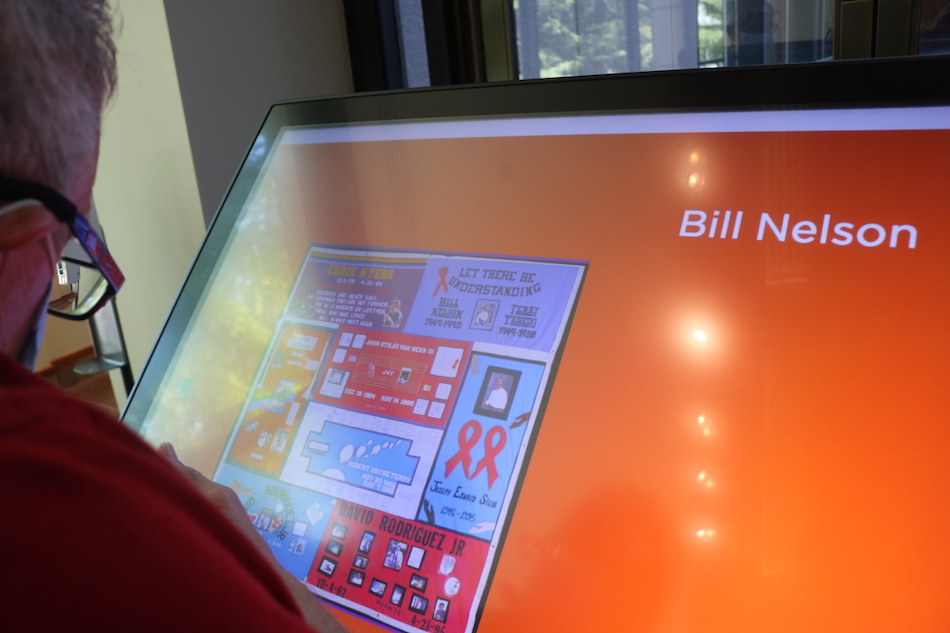 The Crow Museum has three panels from the Names Project’s AIDS Memorial Quilt on display. One of them is a Dallas panel that is the most requested piece of the Quilt of the 50,000 panels.

That panel contains the quilt for Duane Kearns Puryear.

He brought the panel to Washington D.C. for an exhibit of the quilt on the Mall. There are pictures of him in Washington holding it.

On the flight home on American Airlines, he left the panel in the overhead compartment and it was never found.

After his death, his mom reproduced the panel from the photographs of Duane in D.C. and that’s what you see here. From the time she finished the reproduction until it was submitted to the Names Project, this panel hung at Resource Center.

Sewn next to this panel is a quilt for Don Weiner. Don was president of Congregation Beth El Binah. He died in 1993 between Rosh Hashanah and Yom Kippur.

Don’s favorite service was Havdallah that ends Shabbat. That service involves lighting a candle. Don was in the hospital at the time and on oxygen so lighting a candle wasn’t a good idea. Instead, was held Havdallah in his hospital room using a flashlight.

Congregation Beth El Binah remembers Don each year by using a flashlight during Havdallah service on the Saturday night between Rosh Hashanah and Yom Kippur.

And the half of a Jewish star on his panel. That was Beth el Binah’s logo at the time. Don loved it. Everyone else in the synagogue hated it and the logo changed soon after Don’s death.

A third panel on this quilt lists members of AIDS Mastery Workshop. It was a group that met at Resource Center to help people with AIDS deal with dying. A version of the group is depicted in the film Dallas Buyers Club.

In addition to the quilts on display, a computer board allows viewers to access any name on the quilt and click to see an enlarged image of that panel. UT Dallas developed the program.

Admission to the Crow is free. The panels and computer access to the quilt remain on display through July 1. 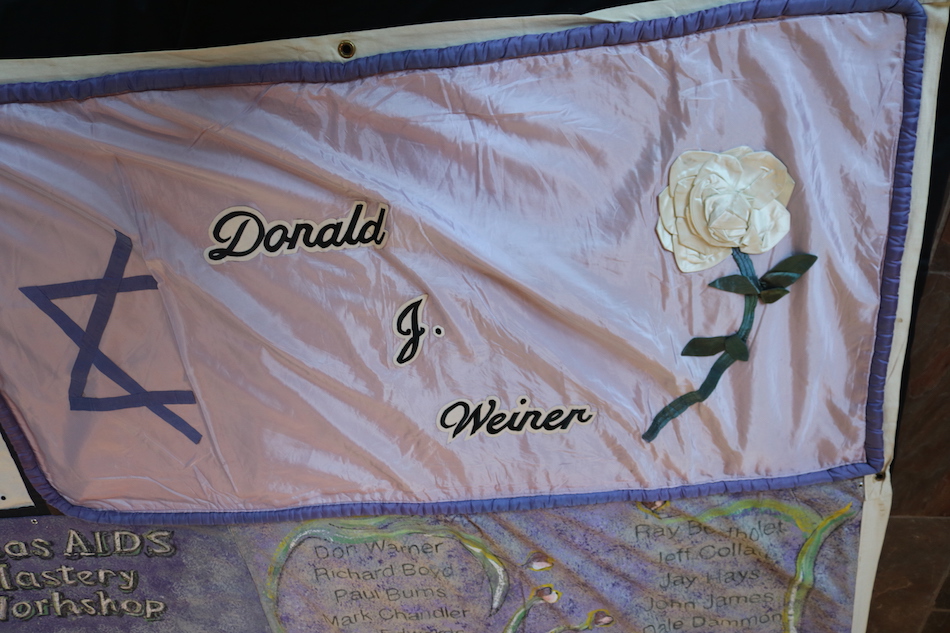 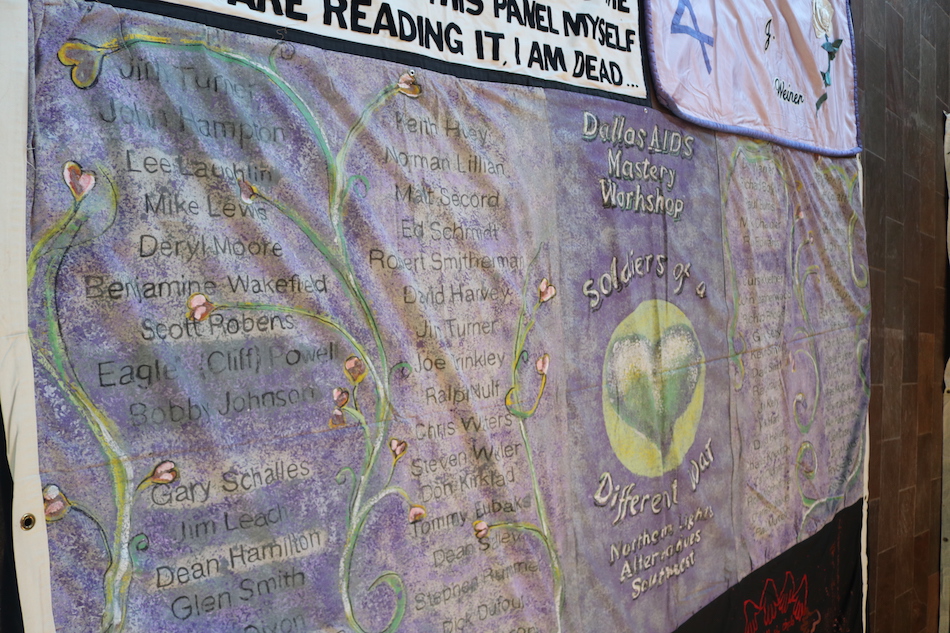