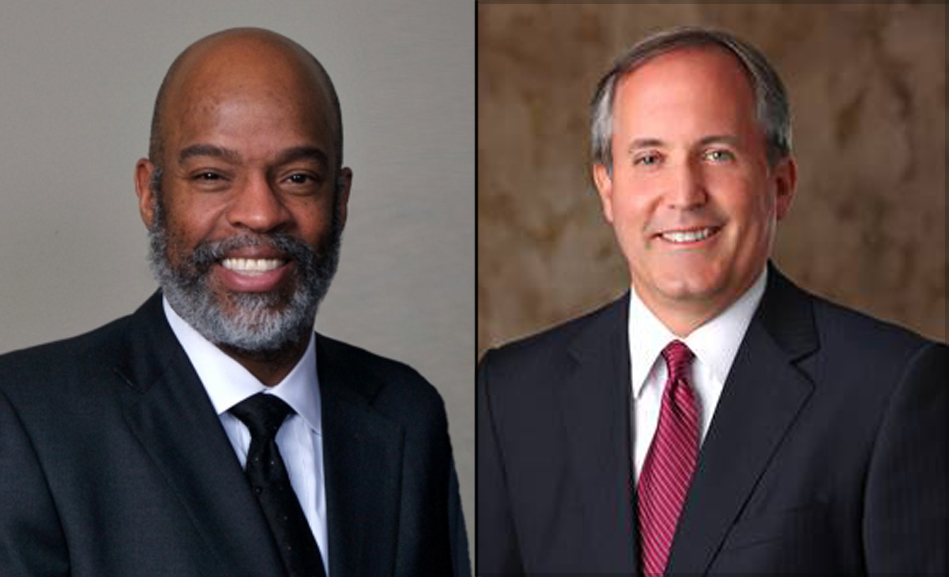 Luther had ignored repeated warnings from county officials to close the salon and had drawn a cadre of armed supporters who stood guard outside the salon after she opened last Friday, May 1. Texas Gov. Greg Abbott announced yesterday (Tuesday, May 5) that hair, nail and tanning salons can re-open beginning this coming Friday, May 8.

During the trial, Moye offered Luther the opportunity to avoid jail time by apologizing for breaking the rules and opening her salon while other salon owners continued the abide by the governor and Dallas County Judge Clay Jenkins’ orders. Luther refused to do so, saying she wouldn’t apologize for opening the salon because she had done so she and the stylists who work for her could feed their children.

Moye sent Luther to jail for seven days and fined her $7,000.

In an email statement announcing he had sent the letter to Moye, Paxton accused the judge of having “abused his authority” in jailing Luther. He added, “I find it outrageous and out of touch that during this national pandemic, a judge, in a county that actually released hardened criminals for fear of contracting COVID-19, would jail a mother for operating her hair salon in an attempt to put food on her family’s table. The trial judge did not need to lock up Shelley Luther. His order is a shameful abuse of judicial discretion, which seems like another political stunt in Dallas. He should release Ms. Luther immediately.”

Dallas Voice contacted Judge Moye’s office for comment, but we were told he was unavailable at the moment.

At least one hairstylist in the LGBTQ community on Tuesday applauded the judge’s sentencing of Luther on social media while at the same time decrying Abbott’s announcement that salons can begin re-opening at the end of the week. Saying she believes it is too soon to re-open salons and that doing so will likely cause a spike in infections, the stylist said that Luther’s action had forced Abbott’s hand, She said she now feels pressured to start seeing clients before she thinks it is safe to do so, or risk losing business she desperately needs to other salons.