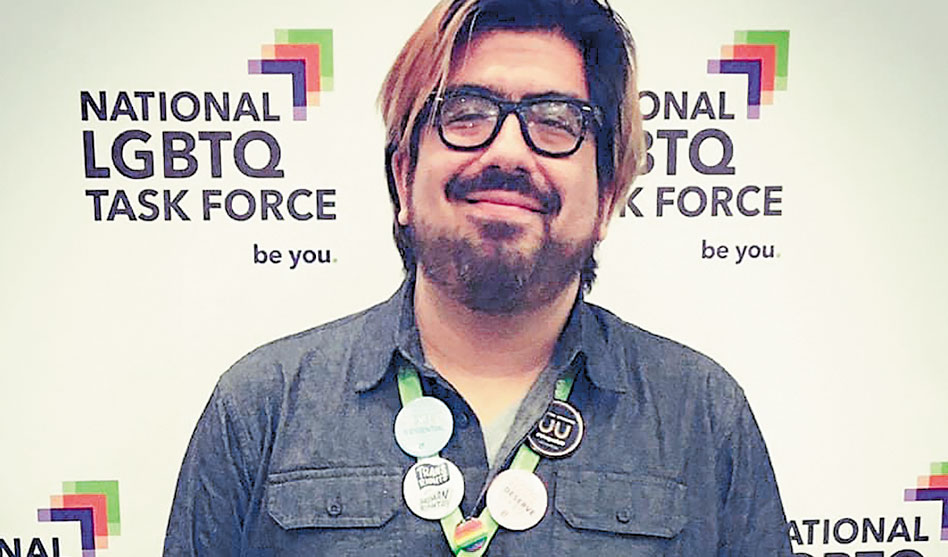 Gordy Carmona has been named Equality Texas field organizer for Collin County. They started their position in March and have already held one meet-up with plans for additional events through the November election.

Equality Texas is targeting Collin County because it’s one of the fastest-growing counties in the country.

That includes Frisco, the fastest-growing city in the U.S., which doubled in size between the 2010 and 2020 census. Among those moving to Collin County are large numbers of people from the northeast and the west coast — blue states — who could change voting patterns in what was once one of the most Republican counties in the U.S.

Carmona said the plan is simple: Make sure people are registered to vote.

Their first event was successful — a meet up in a local Plano bar that’s friendly to the LGBTQ community.

A deputy voter registrar was on hand to help anyone not already registered to vote get registered and ready.

The median age of residents in Collin County is 37. And lots of young people means lots of people attending college, many of whom have never voted before. 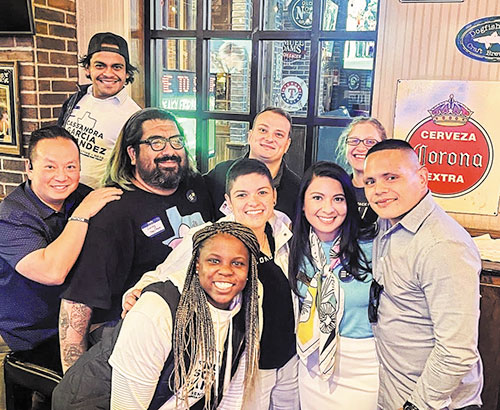 So engaging with students on campus is part of Carmona’s plan. And, although their target is students at Collin College and UT Dallas in or near Collin County, Carmona said they’ve already engaged with students from UT Arlington and UNT in neighboring counties.

“My message to young people,” Carmona said, “is vote and make change for our community.”

They said this election cycle there will be a lot of attention on Texas because of Gov. Greg Abbott’s recent actions, including his order to investigate the parents of trans children as child abusers.

According to the Texas Tribune, at least six investigators have resigned in response to the governor’s order.

One investigator who is the subject of an investigation herself was put on leave, and there is fear that a mass exodus of employees from Child Protective Services will happen.

In addition, Abbott has put immigrants on a bus to Washington, and he has ordered more extensive inspections that have slowed down the movement of trucks crossing the border to a crawl. That is likely to cause a shortage of fresh produce coming from Mexico into the state and will likely add to already high inflation.

And who knows what additional stunts Abbott will pull before the election?

Voting, Carmona insists, is the easy way to take care of the problem.

Carmona already has a number of events in the early planning stages. A picnic in Richardson is probably the next event, and block-walking is a possibility. So far, Equality Texas hasn’t endorsed any candidates, so Carmona said any block-walking now being planning would be to make sure people are registered to vote.

Carmona is originally from Corpus Christi but grew up around the state. They got their political start as a board member of GALA North Texas. In 2019, they traveled to Austin to participate in Advocacy Day and returned to testify against a Senate license to discriminate bill.

“It was rewarding to do,” they said. “Even though at the time I was afraid of public speaking.”

They remember that when they testified, the full committee was there, and the gallery was packed with others there to speak. But most of those who had come to testify also opposed the bill, so they were speaking to a friendly audience.

The 2021 Legislative session, Carmona said was “a gruesome 10 months.” And they were back in Austin testifying — but this time to a more hostile audience.

Carmona identifies as trans non-binary but has only come to understand that identity more recently. Before that, they identified as a gay male who was aware of the trandsgender community but mostly knew of it through people who had died of AIDS or people who had died from physical attacks.

Then they became involved in the trans community.

“The trans community took me in,” they said. “They showed me the ropes, helped me understand who I was later in life.”

Carmona said one of their greater joys has been helping Trans Kids and Families with their holiday party, saying the trans kids they’ve met are “a ray of sunshine.”

Carmona’s position with Equality Texas is funded through the election. The organization has also placed a field organizer in Harris County and is looking for someone to work in The Valley. To get involved, Carmona said the easiest way to get in touch is by email: Gordy.Carmona@EqualityTexas.org.

If this past session was gruesome, as Carmona describes, that’s no reason for any lack of optimism.

“The political climate is difficult,” they said. “But 70 percent of Texans support LGBTQ equality.”

Looking to the future, Carmona sees themself making a career advocating for the trans community.

“They’ve helped me so much, it’s only right I continue to advocate,” they said.