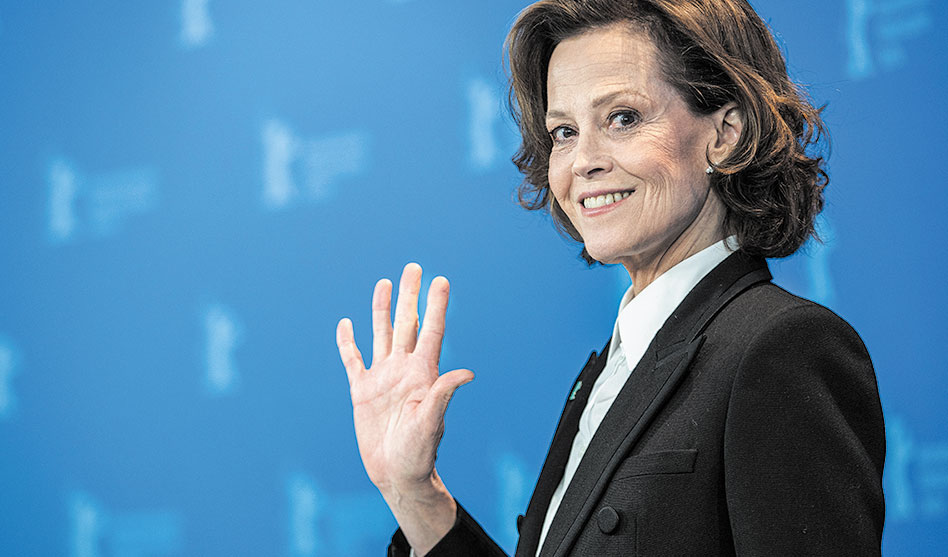 Urgent, timely, crucial — as we find ourselves thrust into the post-Roe era, following the U.S. Supreme Court decision in June to overturn the constitutional right to abortion established by the 1973 Roe v. Wade ruling, it’s impossible not to use those words when describing Call Jane. One of the movie’s stars, Sigourney Weaver, was, mostly, just as gobsmacked as the rest of us at the court’s ruling. But the movie, made before the Dobbs v. Jackson decision sent shivers down the backs of anyone in favor of letting people have full ownership of their bodies, has even more real-world relevance because of it.

Directed by Phyllis Nagy (who wrote Carol), the film is about the Chicago-based sisterhood known as the Jane Collective, a group of women who offered support and abortion care to each other in the 1960s, before Roe v. Wade legally protected pregnant people who sought abortions. It only seems natural, given how Weaver paved the way for women action heroes thanks to her queer-coded role as Ripley in Alien, that the acting icon portray Virginia, the principled, tough-love leader of the Janes.

Virginia just happens to be a lesbian, a decision Weaver made herself. That actually makes sense, not just because of Virginia’s core as a character but also given the actress’ longtime LGBTQ allyship. Among her queerer credits: a role in the 1995 gay romantic-comedy Jeffrey and, of course, the heartbreaking call-to-action movie Prayers for Bobby, when she stepped into the shoes of Mary Griffiths. To this day, the 2009 film, about Mary’s real-life journey to becoming an LGBTQ activist after her son commits suicide because he’s gay, resonates deeply when it comes to caring for queer youth.

During our recent interview, Weaver said Prayers for Bobby offered her a revelation that led her to Call Jane — that her work as an actress could intersect with her belief in human rights.

Dallas Voice: You told me last year that Virginia was a lesbian, but you did not tell me that she carried a lot of fierce, no-bullshit lesbian energy. Sigourney Weaver: I mean, to me, Virginia’s just a force of nature. She, I think, was sidelined by men during the anti-war protests, and once she found Call Jane and started gathering this sisterhood, she just wanted to be unstoppable.

I like to think that Virginia and Ripley have a lot in common when it comes to fierceness. And I feel like those two need to get together and take on the Supreme Court. Virginia’s funnier, may I just say. She’s a bit drier. And I think that Virginia’s a great leader, because she’s very instinctive about people. She’s sort of honed that.

Seeing as though you could not have imagined Roe v. Wade being overturned when you shot this movie, what does it feel like promoting this movie now? Well, there were states [that] were real deserts of abortion care. So in a sense, in certain states, it had already been not formally banned, but it was very, very difficult for women to access healthcare of any kind, including the abortion service. So I think that I was shocked by the Dobbs decision.

I feel better now, because I feel like, as the movie says, you are not alone. I feel like I am not alone. I feel that women coming from many different points of view about this experience are saying, “Excuse me, but this is none of your business. These are very important personal decisions, and you need to let us make them.”

Is Virginia based on a real-life lesbian activist, or is she simply representing how involved lesbian women have been in the fight for women’s reproductive rights? I didn’t base her… I certainly was inspired by reading about The Janes, and I think the lesbian part of her, just to me, came from the script. It just made sense to me. The more I thought about Virginia, I felt like she made so many decisions leading her to the point at which we meet her. And I love that Joy [Elizabeth Banks], who’s kind of conservative and straight, and Virginia strike up this friendship where they really see each other and they really start to inspire each other. It’s cool.

So it seems like Virginia’s sexual orientation had something to do with your input, based on what you’re telling me. Is that right? Yeah. I think that I just had this instinct that she had kind of had it with men for a long time, and it was something she embraced. And I love that The Janes include so many people, so many different preferences, so many different pronouns probably, although they didn’t say them back in that day. And to me, that’s what the country needs — women from all over the country, different walks of life, and different neighborhoods. We all share this challenge, and we need to share our response for it and speak up. 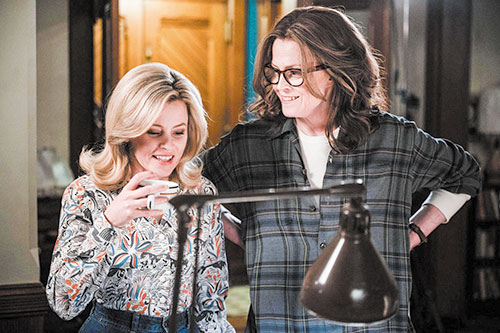 You are a lesbian icon. When was the moment in your career when you were aware of that? Certainly by doing the last one (Alien: Resurrection), I had embraced that I think that Ripley was almost too busy to have a sexual orientation, but I know it would make Virginia really happy to think that my birthday [Oct. 8] was on International Lesbian Day.

And I just loved that about our community — that it was so inclusive and it was so respectful to each person. And to me, that’s a great message of the movie, that you are not alone and that all kinds of women are here with you and ready to help you when you need it.

I think there are so many divisions in this country for so many reasons, and I think it’s all great for people to have their specific choices, but I think there are things going on that [mean] we need to think bigger and just think about protecting all of our rights. I worry where we will go next if we don’t fight back for this. And I think I have a lot of friends who are very worried about it too.

And I just think all personal choices need to be protected by an amendment. They are to a certain extent, but now that we know the Supreme Court can just snatch these things away, it’s really a political awakening for me. It’s so arbitrary and ignorant. I’m still in shock about it.

I think the same is true for LGBTQ rights, and it sounds like you’re referring to the marriage equality decision, Obergefell, and what could possibly happen there. How are you feeling about the state of the country for the queer community? Again, I’m so surprised they could do this. And we have no recourse. We can’t go to the International Criminal Court and say, “This bad decision was handed down.” To me, it’s so unjudicial to make a sweeping blanket change like that. All kinds of women were liberated by this decision, Roe v. Wade, and they planned careers and families, or no families. And to just take that away is so shocking.

But as the movie shows, there’s a lot we can do. And I think that, for me, I need to concentrate on what we can do and not what we’ve lost.

As we see “Don’t Say Gay” bills advance across the country and books with queer characters being banned in school libraries, I’m wondering what you think Prayers for Bobby can teach these homophobic conservatives who think that the answer to helping LGBTQ youth is to pretend that homosexuality doesn’t exist? Well, Mary’s story, which is based on her own life, is, to me, such a revelation about that very thing — that here is someone who sits in judgment about a choice that her son has made, fights it at every turn, denies him his self-expression and, ultimately, he takes his life. And I’m so proud of the movie. I feel like it awakened in me a different part of the talent that I use to do what I do. I’m very grateful to Prayers for Bobby for opening me up to all the different aspects of what’s going on in this [LGBTQ] community. I would say that so often, out of the blue, a young man will come up to me and thank me for this movie. I just wish we had more of them. And again, it’s so frustrating to keep fighting the same battle again and to not be able to stand on progress and go, “This is secure. I’m safe, I’m free. I can do what I want with my life and with whom I want.”

These are such basic human rights. I just can’t believe that we’re in a country that suddenly just said, “No, no, no, no, no. We’ve never really been for that. We take it back.” It’s crazy.