A weekend in Washington 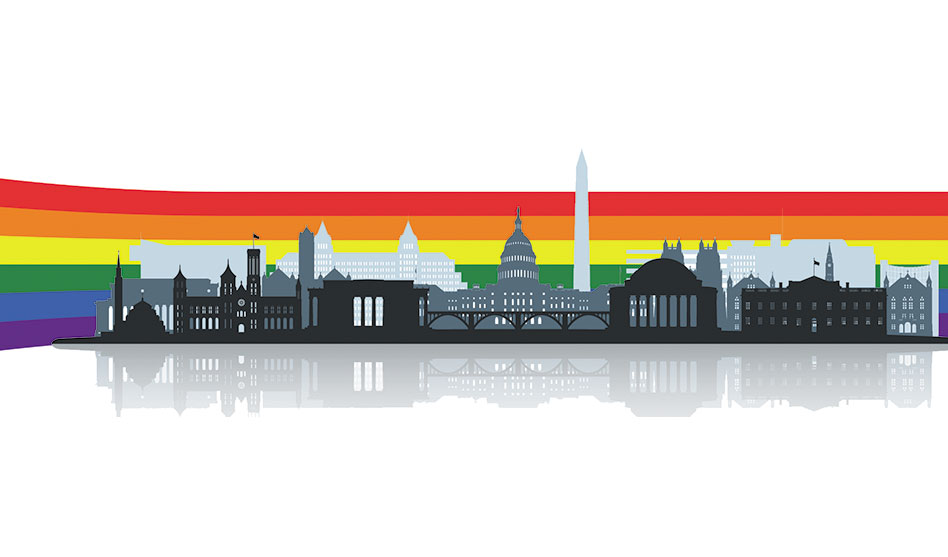 Woodhull Sexual Freedom Summit shows how far we’ve come, how hard we still have to fight

Over the past weekend, I discussed the recent Supreme Court ruling overturning Roe v. Wade with two lawyers who regularly argue cases before that very court. I had lunch with the author of a book about Anthony Comstock, the man who pushed through the most oppressive censorship laws the U.S. has ever known. I discussed the problems of suppression of speech on the internet and it’s devastating effect

I spent many hours listening to and swapping stories with a woman who co-founded the National Black Justice Coalition.

Where did all this happen? At the Woodhull Sexual Freedom Summit in Washington, D.C.

This annual event draws hundreds of activists, advocates and academics as well as just everyday people who believe that sexual freedom is a basic human right. It was exhilarating, and it was exhausting.

As I grow older, I realize more and more that younger activists have a whole lot more energy than I do, and they never seem to need sleep.

But the weekend wasn’t all policy and politics. We had a cigar social every night outside the hotel and got to share some light-hearted banter while enjoying good cigars. We also attended a bawdy and brash burlesque show that topped off the event. Who knew that now “bear-lesque” is a thing?

It was a fun conclusion to a long weekend.

What I took away from the conference was a feeling that the fight for sexual freedom, LGBTQ rights, reproductive justice and sex worker rights is secure in the hands of a younger generation with limitless energy.

That fight for sexual freedom is one we in the LGBTQ community have been fighting for years, and just because we finally got marriage equality doesn’t mean the fight for equality and acceptance is over.

There is a chance the long-enjoyed freedoms we have won might be snatched away by an over-reaching Supreme Court. If Justice Clarence Thomas has his way, we will all once again become sexual outlaws just because of who we love.

The recent uptick in new laws introduced by the right-wing which target transgender kids and adults is something we all should be watching. They are using it as a wedge to pry open the door on the advancements we have made.

Their constituents are easily scared when anything regarding sex is mentioned, and the politicians know it. They will use that fear to clamp down on more than just transgender people; they will use it to stifle any sexual expression other than cisgender heterosexual sex for procreation ONLY.

Look at the laughable curriculum that passes for sex education in our schools: Children are taught that sex is for making babies and catching deadly diseases and that pleasure has no part in it.

I was heartened to learn of the vote in Kansas defeating a constitutional amendment that would have codified a ban on abortion in the state. Apparently, Kansans understand the idea of bodily autonomy and a woman’s right to make decisions regarding her own body.

Bodily autonomy is a big part of what we fight for in the sexual freedom movement. If a woman wants an abortion, that her and her physician’s business, not the state’s. If a person wants to have consensual sex with a person of the same sex, that is their decision and not the state’s.

If parents seek gender-affirming therapy for their trans children, that is a decision that should not involve the state. If a person decides to consensually exchange sexual favors for compensation, that should not be criminalized by the state.

If people seek to build a family unit that is more than two people, that is up to them to work out the details and not the state’s business.

These issues are just the tip of the iceberg and the reason activists have so much work to do. Taking the work to the community at large is the next step, and that is what I am doing now. Alerting people outside our insular world of activism is the goal, and, at a time like this, people need to be alert.
Suppression of sexual freedom is and will be a continuing problem. Censorship will increase under the guise of “protecting our children,” like with the “Don’t Say Gay” law in Florida. Politicians will continue to use sexual issues to frighten and divide us. Preachers will continue to conflate consensual sex work with sex-trafficking to shake loose donations for ineffective and useless “rescue” programs that have become profit centers.

There is an exhausting amount of work to do, and the Woodhull Sexual Freedom Summit is not the end of it but just the beginning. I’m glad I had a chance to help stage the event and bring the message to so many people. It did exhaust me but also recharged my batteries with hope and ideas.

Want to get active? Visit WoodhullFoundation.org for more information.