A voice for his child 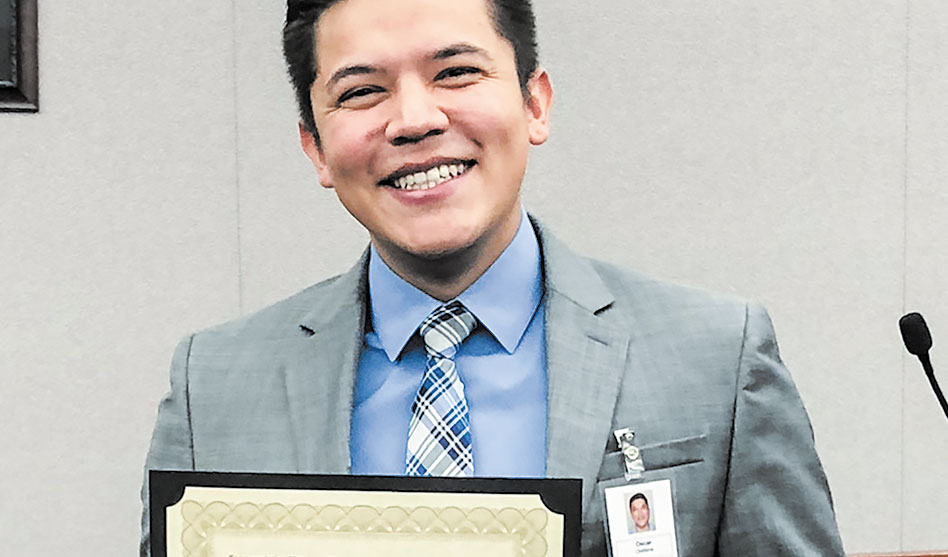 Oscar Orellana is a CASA, and he’d love more people in the LGBTQ community to join the program.

A CASA, or court appointed special advocate, makes sure children in the foster system who were victims of abuse get what they need as they navigate through the court system. Orellana began volunteering as a big brother.

When his little brother graduated, Orellana said, “I needed a new volunteer opportunity.”

He was interested in working with at-risk kids in the foster system, and in looking for those opportunities, he discovered Dallas CASA.

Orellana signed up to take the 30-hour course offered by the local organization to become a CASA. The first step is to attend a new volunteer information session, currently held weekly on Zoom. Now volunteers have eight one-hour online classes, plus independent learning and small group work to complete the 30 hours.

Part of the class involves making good matches with the kids. Orellana said some people prefer babies while others want a teenager. Orellana, who is gay, wanted to help an LGBTQ child.

Once he was matched with a child, Orellana was sworn in by the judge handling the case of the child with whom he had been matched. That’s the “court appointed” part of CASA, he pointed out.

But the advocate’s job goes beyond the courtroom. They work to make sure the kids get what they need in school, medical care and in their placement, whether with a relative, in a foster home or in a group placement.

Orellana first met his child in her foster placement. “Children in foster care might be falling through the cracks,” he said. “Case workers have too many cases. Social workers might not know what’s going on in a particular case.”

He said while the professionals involved in the case may be reassigned, the CASA remains constant. That’s why Dallas CASA asks volunteers for at least a one-year commitment.

“The formal relationship between a child and a volunteer ends when the child’s welfare case closes,” Dallas CASA Public Relations Manager Rosanne Lewis said. “If, at 18, the child decides to stay in foster care until their 21st birthday, then their case will remain open and a volunteer can continue to work with them.”

But, she continued, some volunteers even stay in contact with the kids after the case ends because they’ve become friends, “but that is then between the person and the family to decide.”

Orellana said the CASA is sometimes the only adult that’s been consistent in the child’s life.

The child Orellana works with is transgender. He said he was the first adult his teen told what name she preferred and what pronouns she was using. That’s not something a child, especially one who has been a victim of abuse, would normally be comfortable talking about with a judge.

But Orellana included that information in his report to the judge, who then began using those pronouns and preferred name with the teen. That recognition by the judge made a huge difference in her self-esteem.

“A volunteer who’s part of the community will have a better idea how to support an LGBT child,” Orellana said, and that is why he’s looking for more people from the community to become a CASA.

Among the things Orellana said he monitors is doctors appointments. To make sure his child was getting appropriate care, he spoke to his transgender friends, who are often mistreated in medical settings, and learned what to ask and what to look for.

But he didn’t describe his position as one of authority. “I’m there to support her and let her make decisions about her life,” he said. “I’m the cheerleader.”

Orellana had no authority over his child’s placement, although he could report to the judge about a problem at the placement or at school or with medical care.

In the foster system, the goal is to reunite child and parents, at least during the first year. If that can’t be accomplished, placement with a relative is the next choice. And if that’s not possible, adoption is the next goal.
Orellana explained that some placements are temporary, with the goal of helping a child get some behaviors under control. Some placements are a change to a less-restrictive setting.

With his child, Orelanna said, he has seen lots of improvement in their two years working together.

“When we started working, she wasn’t comfortable with her identity,” he said. Without giving much detail because of confidentiality in the case, he said her family’s religious beliefs were a factor in their treatment of their child and the child’s acceptance of herself.

“It’s great when they have someone in their corner,” he said. When she came to court recently in a wig and make-up, it made a difference to have someone there to say, “You look beautiful.”

Parents, Orellana said, may or may not have any contact with the CASA. Those who are struggling might see the CASA as imposing themselves on their lives. Those working to gain custody back might talk to the advocate as a resource.

“One thing about being a CASA is you have great supervisors,” Orellana said. He’s never been left out on his own. As a flight attendant, he’s even had a time where he couldn’t change his schedule and his supervisor attended a court appearance for him.

He said the judge in his case is a great child advocate, and once he turns in his report, she might have a question for him about the child’s placement or something else addressed in the report.

“We’re gathering information to get a bigger picture of what’s going on for the judge,” he said.

Orellana said he struggled as a young gay person. He questioned: “Am I the only one?” Giving his support to a young trans child helps her understand she’s not alone.

He’s not sure how long he’ll be involved in her case, but thinks this case will last a while.

“I want to be there until she no longer needs me,” he said.

For more information on being a CASA volunteer, visit DallasCASA,org.