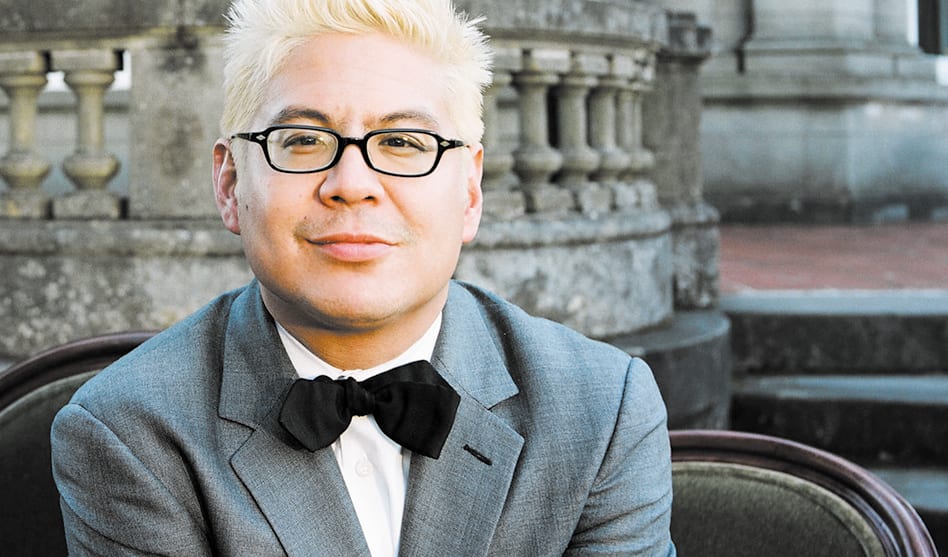 Looking for just the right soundtrack for your observance of the 50th anniversary of the Stonewall Riots? Consider any or all of the following albums by LGBTQ artists to provide the music for your queer ears.

If you only know punk belter Tyson Meade from his time as front-man of the purr-fect ’90s alt-rock band Chainsaw Kittens, then you only know part of the story. Meade’s four solo albums, beginning with 1996’s Motorcycle Childhood are all worthy of your attention. His amazing new release Robbing the Nuclear Family (Shaking Shanghai), with an incredible cover image that must be seen, has all the components we’ve come to expect from Meade and then some. “He’s the Candy” (from which the album’s title is drawn) will kick your sweet ass into next week. The daring musical diversion of “Tentatively Ahmed” pays off in a big way, lifting listeners out of their seats onto their already dancing feet. “Tiniest of Guys (Troy’s Theme)” lightens the mood in every way imaginable, while “Daphne Come Out” takes a more serious tone and “Motorcycle Boy #3” will rev more than a few listeners’ engines. 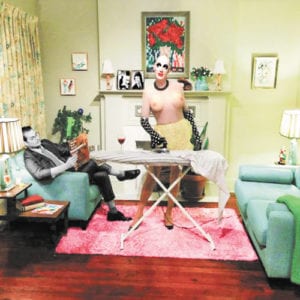 The daring cover or ‘Robbing the Nuclear Family’

Jonny Pierce of The Drums has come a long way since 2005. At that time, he was a member of the short-lived electro-pop act Elkland, releasing one album on Columbia Records. A few years later, Pierce and other Elkland members regrouped as The Drums. Brutalism (Anti–), the fifth full-length album under The Drums moniker, finds Pierce on his own. The nine songs maintain The Drums’ love of synth-beats and keyboards, and the bliss feels gayer and more intimate than ever, even in the face of struggle. Whether or not you choose to pay close attention to his lyrics (which you should), Pierce still wants you up and dancing on songs such as “Body Chemistry,” “Pretty Cloud,” “Blip of Joy” and “626 Bedford Avenue.” Pierce also allows you a chance to catch your breath on “Nervous” and “I Wanna Go Back.”

In 2016, after completing and releasing the final part to the ambitious and taxing three-album The Family Tree song cycle, gay singer/songwriter Ben Cooper (of Electric President fame), aka Radical Face, busied himself with various projects, including a relocation from Florida to California and going into therapy. The result is the new Radical Face album Therapy (Bear Machine), featuring exciting new musical arrangement experimentation. This is best exemplified in the stunning songs “Better Days,” “Guilt” and “Doubt.” Be forewarned, this is not an easy listen. Essentially a musical psychotherapy session, as in the case of the powerful “Personal Giants” and “Dead Ends;” nevertheless, you can feel the healing beginning.

When out singer/songwriter John Ashfield isn’t releasing solo records (check out 2007’s Love Is Blue), he’s busy fronting San Francisco’s The Bobbleheads. The quartet’s new album Myths and Fables (Poppop) is significant in that it’s the first time that the entire band lineup consists of gay members, including Pat Ennis on bass, Rob Harford on guitar and vocals, and Rob Jacobs on drums and percussion. The electric rock of “Until You Touch It” would fit in well on the latest Bob Mould album Sunshine Rock. Other highlights include “Anne Murray Centre,” and the chewy bubblegum pop of “Listen You Know,” “Like Oxygen,” “Afternoon” and “Joey.” 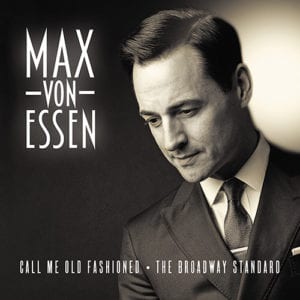 All-female supergroup trios are all the rage. Have you heard the albums by case/lang/veirs (Neko Case, k.d. lang and Laura Veirs), Pistol Annies (Miranda Lambert, Ashley Monroe and Angaleena Presley) or I’m With Her (Sara Watkins, Sarah Jarosz and Aoife O’Donovan)? If not, you should. You also can’t go wrong with the 2/3 queer trio boygenius (Lucy Dacus, Julien Baker and Phoebe Bridgers) and its self-titled six-song EP (on Matador), it either. In fact, the only thing wrong with is that there simply isn’t enough of it. It’s the very embodiment of “always leave them wanting more.” With these few songs, it’s difficult to pick favorites, so let’s just say that you should listen to “Bite the Hand,” “Me & My Dog,” “Souvenir,” “Stay Down,” “Salt in the Wound” and “Ketchum, ID” repeatedly, because too much of a good thing is never enough.

For those who have been uncomplainingly awaiting the day that out Broadway singer/actor Max Von Essen released his debut album, your patience has been rewarded. Call Me Old Fashioned • The Broadway Standard (LML Music), co-produced by Von Essen and Billy Stritch (who also plays piano on the album), is here! Drawing on jukebox bio-musicals such as Jersey Boys and The Boy from Oz, as well as more traditional fare including Evita, My Fair Lady, She Loves Me and An American in Paris, Von Essen succeeds in making each and every one of the songs his own.

Thomas Lauderdale has gallons of talent. Not limiting himself to his role as leader of and primary songwriter of original material for Pink Martini, openly-gay Lauderdale has also made a name for himself through his collaborations with others, including gay writer Tom Spanbauer. On Hotel Amour (Heinz), Lauderdale teams up international cabaret chanteuse Meow Meow for a set of intercontinental tunes. Upping the queer quotient, Rufus Wainwright provides duet vocals on “À quoi ça sert l’amour,” while other musical guests can be heard on “Hi-Lili, Hi-Lo” (The von Trapps), “Sans Toi” (the late Michel Legrand) and “Mausi, süß warst Du heute Nacht” (Barry Humphries). 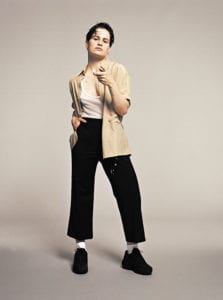 The artist currently known as Chris

Pansexual freakpop diva Héloïse Létissier sure took her time releasing the second Christine and the Queens album Chris (Because Music), but after one listen, you’ll agree that it was worth the three-plus-year wait. Working her Frenglish vibe to its most exotic yet accessible degree, Létissier borrows liberally from the 1980s, synthesizing it through an exciting 21st century lens. You’ll want to slip on your dancing shoes for songs such as the religious experience of “Doesn’t Matter,” the tush-shaking touché of “Girlfriend,” the come-on of “Comme Si,” the frustration of “Damn (What Must a Woman Do)”and the affordable thrill of “5 Dollars.”

In the liner notes for This World Is Too ____ For You (Thesis & Instinct), lesbian polymath Emily Wells wrote, “These songs are about the human being interacting with the natural world.” A queer musical statement on the climate crisis, the 10 tracks balance experimentation with accessibility. Even if this is not usually your cup of herbal tea, it’s well worth drinking in “Hymn for the New World,” “Eulogy for the Lucky,” “Stay Up,” “Misconceptions on Forever” and “Remind Me to Remember.”

Here’s something on which many LGBTQ people can probably agree; Scissor Sisters’ should have been bigger than they were. Led by sizzling hot, ex-go-go boy Jake Shears, Scissor Sisters cutting edge approach to queer dance pop was as refreshing as it was razor sharp on its eponymous 2004 debut album, newly-reissued as a half-mastered vinyl LP (complete with Abbey Road Studios certificate). Far from being one-trick-ponies, Scissor Sisters turned Pink Floyd’s “Comfortably Numb” into a certified dance anthem, added extra glitter to glam on the anti-drug “Return to Oz,” added “Filthy/Gorgeous” to the lexicon, and ultimately did Elton John better than Elton himself on originals including “Mary,” “Take Your Mama,” “Music Is the Victim” and “Better Luck.” If there is any justice in the world, a Scissor Sisters revival is just around the corner.  █