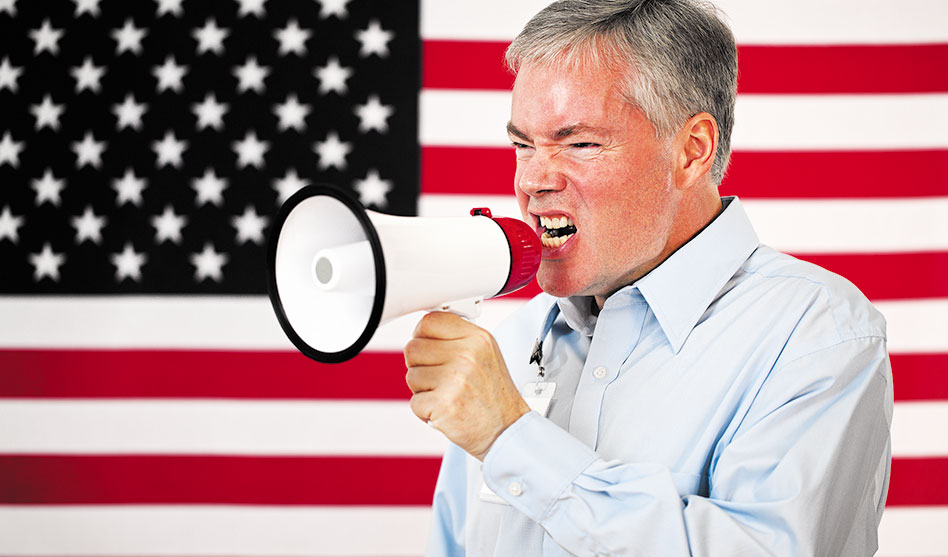 Living in the right-wing’s Bizarro World 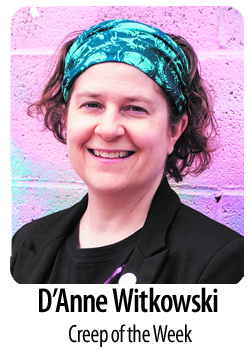 Do you remember that scene in Pee-wee’s Big Adventure when Pee-wee Herman and Francis, in an argument about Pee-wee’s bike, end up insulting each other and then shouting, “I know you are, but what am I?” over and over?

If you’re like me, you feel like you’re living in Bizarro World whenever you are exposed to the convoluted thinking of the radical anti-LGBTQ, anti-woman, anti-Black right. For example, for four years we had a president who was proudly ignorant and completely incompetent. But to hear the right tell it, Trump was a genius/savior, and President Biden (not that they call him that) is actually the one who is mentally feeble and incapable of doing the job.

That’s simply not reality. Unless, of course, you think that the president’s job is to do racism, sexism and homophobia.

Which they apparently do.

Another example is, of course, the 2020 election. President Biden won fairly. Full stop. Trump, the most unpopular president in recent history, lost. It’s pretty straight forward. Yet, Republicans are STILL TRYING to prove fraud where there is none.

The right is screaming for secure and fair elections but their “solution” is to prevent people, especially Black people, from voting. They’re “saving” democratic elections by scrapping the democratic part, which is akin to trying to save the life of a person with cardiovascular disease by tearing their heart out.

Voter suppression is the real problem here. To the right, elections are only fair if they win.

And then, of course, is the claim that securing civil rights for LGBTQ people is oppressing Christians. Apparently, a study just found that LGBTQ equality “has no bearing on the religious liberty of Christians in America.” And the right wingers are very mad about this.

The study’s authors, Clara L. Wilkins and Lerone A. Martin, wrote, “Although Christians perceive increasing bias against their group, there is little evidence to support those perceptions.”

Me being a lesbian doesn’t impact anyone’s ability to go to church or worship whatever god or gods they’re into. My legal right to be married doesn’t, either. But when right-wing Christians amass political power and write bigotry into public policy in the name of religion, that actually does cause harm.

The anti-trans laws we’ve seen all over the country are a good example. Those laws hurt people, especially trans kids. Of course, the Christian right would just tell a trans kid to not be trans and to repent and accept Jesus or go to Hell in the name of religious freedom.

The same goes for reproductive rights. Right-wing Christians are against it. They’ve managed to amass enough political power on the Supreme Court that Texas can pass incredibly restrictive and vindictive abortion laws with no push back.

But please do go on about how Drag Queen Story Hour at local libraries is indicative of a leftist takeover.

Whenever conservatives Christians are criticized for hurting people, they cry that they’re the ones being oppressed. It’s their religious right to discriminate, damn it.

“There is no doubt that the Left is doing everything within its power to marginalize conservative Christians,” Southern Baptist Theological Seminary President Albert Mohler told Decision magazine. “This is not a new ambition, but it certainly has renewed energy, fueled by the LGBTQ revolution.”

I agree that progressives are trying to “marginalize” conservative Christians. But it’s because they deserve to be marginalized.

Conservative Christians are bullies. This is why their embrace of Donald Trump was no surprise and why they still support him. He gave legitimacy to their basest instincts and deepest biases.

I’m not obligated to treat with respect and consideration someone who sees it as their right to dehumanize me. Conservative Christians feel oppressed because they don’t have absolute power. This scares them into telling themselves fairy tales about being oppressed and silenced.

I’m not afraid to tell them to STFU.