A funeral director for the community 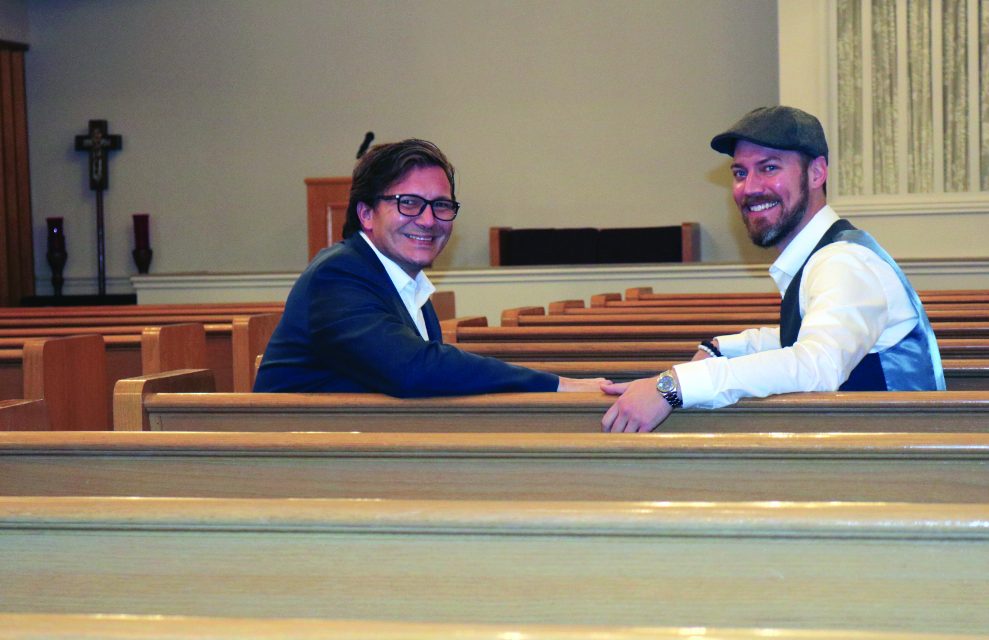 But Jeremy Lewis and Ben LaFleur do have a related business in downtown Ferris. A Bundle of Love is a florist that provides flowers for its funerals and sells directly to the public but also sells gifts like Tyler Candles, LaFleur Brothers Seasonings and Hops Farm Soap made in flavors like beer.

When Lewis and LaFleur bought the business a year ago, they had architect Mark Nelson tear down walls and modernize the funeral home. And they moved the florist a few doors closer to the town square into a larger space. 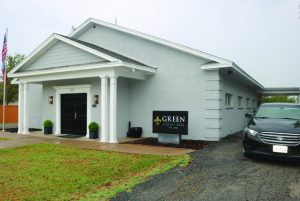 Lewis said being a funeral director is something he wanted to do since he was a child. While other kids were playing cops and robbers, he was playing funeral home. And, yes, he does understand how disturbing that is.

When he was 16, he applied to work at a funeral home near his house in Joplin, Mo. They turned him down suggesting the local McDonalds was hiring.

“If I wanted to work at McDonalds, I would have applied there,” Lewis said.

Then he moved to Dallas and began classes at the Dallas Institute of Funeral Service on South Buckner Boulevard and did much of his practical work at Sparkman-Hillcrest to earn his associates in applied science.

He met LaFleur 16 years ago. LaFleur was is in retail and isn’t a funeral director. They met at JR.’s.

LaFleur gave him his email address. Lewis went right home and sent LaFleur a message and the email bounced. LaFleur insists it was an honest mistake. 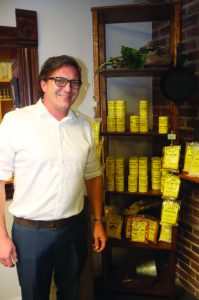 They met up at JR.’s again the next week, exchanged phone numbers and made a date to see each other the following weekend. Lewis said they ate dinner, watched a movie but he left, and they didn’t see each other for another four years.

LaFleur was diagnosed with cancer and then he left for Louisiana to take care of his mother. When he returned to Dallas, they met up again on MySpace and have been together ever since.

A few years ago, Lewis, who’s a member of the Turtle Creek Chorale, was talking to another member, who is also a funeral director, about how hard it was working for a funeral home owned by a large corporation.

“I still want my own place,” he said.

“I know a place in Ferris for sale,” the other member told him.

A year passed before he decided to at least check out Ferris. The funeral home was still for sale, so on a Sunday morning, he drove to Ferris just to take a look even though he knew the place wouldn’t be open.

As he was driving through town, though, he noticed signs for an open house. He decided to stop in and maybe get a feel for the town from the real estate agent.

She asked what he was looking for in a house, and he said he was actually interested in Green Funeral Home that was for sale but stopped by the open house to get some information about Ferris from someone local. The agent told him her father owned the funeral home, and she called her dad and arranged for Lewis to meet him.

Six months later, Lewis and LaFleur were in the funeral business.

Their goal, LaFleur said, is to outgrow the current building within five years. “That means we have four years left,” Lewis said.

While Ferris is growing quickly — 150 homes are already under construction on the west side of I-45, and T. Boone Pickens’ widow owns a ranch on the east side of the highway that she plans to develop — the couple knows they can’t rely on business just from the Ferris area.

So, Lewis said, anyone was welcome to come to Ferris and use their facility, and they can handle a funeral anywhere. Not that Ferris is that far from the Metroplex — from downtown Dallas, it’s about the same distance as Plano. It’s just over the Ellis County line, four miles south of the Belt Line Road exit.

Green Funeral Home can handle embalming, whether the family is using his facility or not. He can deliver the casket to any church for a funeral service, and if the family chooses cremation, Lewis said he can do that, too.

Lewis said they’ve driven as far as Houston to pick up a body, so they can certainly perform a funeral anywhere in the Dallas area.

While the current Green Funeral Home building is a few blocks from the town square and can hold about 120 for a service, Lewis said they also hold services in area churches all the time.

The Rev. Neil Thomas, senior pastor at Cathedral of Hope, said he was glad to have the services of a gay funeral director available in the area.

“I think in this era of religious liberties, we find people are being turned away from all sorts of services,” Thomas said. “When you’re at that place of deepest need, we don’t need to overcome needless hurdles at a time of loss.”

Thomas said he feels we’re returning to an era when, just as during the AIDS crisis, LGBT people are even being turned away from funeral homes. So it’s good to have a funeral director who is openly gay to handle our final needs, he said.

It’s also comforting to have two people who do their jobs well working with you at the hardest time of your life.                █