A few questions for the deity 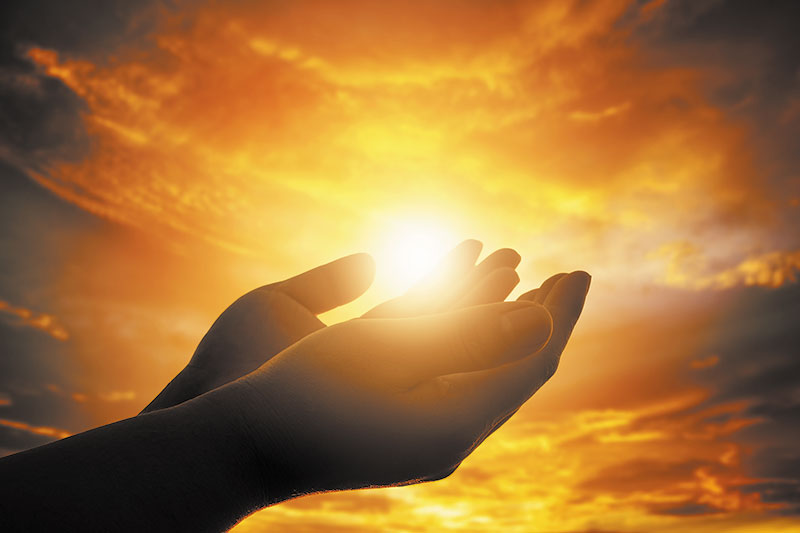 I have so many questions. Ten people were murdered in a Supermarket; where were you? The Texas Legislature wants to allow your followers to use their beliefs to harm or refuse help to people like me; why?

And I have more questions.

How can so many people read the same book and come up with so many different answers? The Southern Baptist Convention openly despises people like me in the LGBTQ community. Yet, Katie and I were married by a professor of theology and an ordained Baptist minister who doesn’t believe we are an abomination and that we aren’t hell-bound for loving each other.

If all religion is “open to interpretation,” who is to say I am wrong and that I’m damned to the lake of fire for all eternity? If there is that much moral flexibility and interpretation, doesn’t that render the whole thing, if not meaningless, then at least “questionable?”

So, what did Jesus say about net neutrality? Would Jesus have a Twitter account? If He did, would we be so cavalier about saying “Look! Jesus just Tweeted this! Let me tell you what He MEANT!”

So what makes someone so sure that their religion is THE right one? Especially when they haven’t been exposed to all of them?

Is it a coincidence that the vast majority believe in the religion practiced in the area where they were born/grew up?

How can people follow a guy like Jesus, look at his teachings of kindness and compassion and read that to mean they should strip away human rights from those who don’t believe the same way?

Why are women not equal in the eyes of God?

How do biblical literalists not stone to death women who have sex before marriage — or for a litany of other sins mentioned in the Old Testament? Why aren’t men condemned to the same fate?

How do you reconcile religious law with secular law? Which prevails? Does that same rule apply to all religions? Christians are keeping me from buying wine on Sunday before noon, so can those who keep Kosher, keep non-kosher foods from all supermarkets?

How about Halal? No pork for you? Just because of Islamic Law? Ribs are so good! (Sinfully good?)

The First Amendment guarantees the free practice of religion. What happens when two religions collide? That same amendment to the Constitution forbids the establishment of an “official” religion, or the favoring of one over another. Yes, some view religious laws or practices as interference in their lives, be they of a different religion or a group of people whom that religion views as unclean or in violation of God’s laws.

What do you tell those people? Believe as we do and we will respect you as a human being?

Religion is a choice. Some are “born” into a religion because they are indoctrinated as children; are they any more or less devout or legitimate than those who find religion later in life? What does faith look like? How does it feel? Is your faith in things unseen more real than my faith in who I am as a woman?

To me, religion serves to explain the unexplainable: “It’s God’s will.” Sure, to some that might be comforting, but tell that to the families of the over half a million Americans that perished over the last year, alone and suffering, gasping for their last breath. I was told since I had the ability to understand that God can do miracles; He can do anything. He created the universe and all life. Was He too busy, too indifferent, to save these people? Or to allow them to hold their children one last time?

There is so much suffering on this planet; we are told could all be avoided with the wave of His hand. And yet, it’s not.

There was a piece of legislation recently sent to the desk of Gov. Asa Hutchinson in Arkansas that would have allowed a medical professional — be that doctor, EMT, nurse, etc — to legally refuse care to people like me because of that medical professional’s religious beliefs. The governor in Arkansas vetoed that bill, but there are plenty other such measures moving through state legislatures across the country, including here in Texas.

But really? Where is that in ANY holy book? Is that what the free practice of religion looks like? Withholding care from the sick or dying because you disagree with who they love? Is that in line with a “Pro Life” stance? Or is it just “Pro Birth?”

If I follow a religion that says God wants me to be able to honor Him by consuming alcohol any time I want, should all bars have to stay open 24 hours a day to accommodate me? A cake shop in Colorado refused to sell a wedding cake for a same-sex wedding. Another refused a gender reveal cake for a transgender child. Are only the beliefs of the baker respected?

Leslie McMurray is transgender education and advocacy associate at Resource Center in Dallas. She is also a regular columnist for Dallas Voice. Read more of her blogs at lesliemichelle44.wordpress.com.