A Bright Light in the darkness 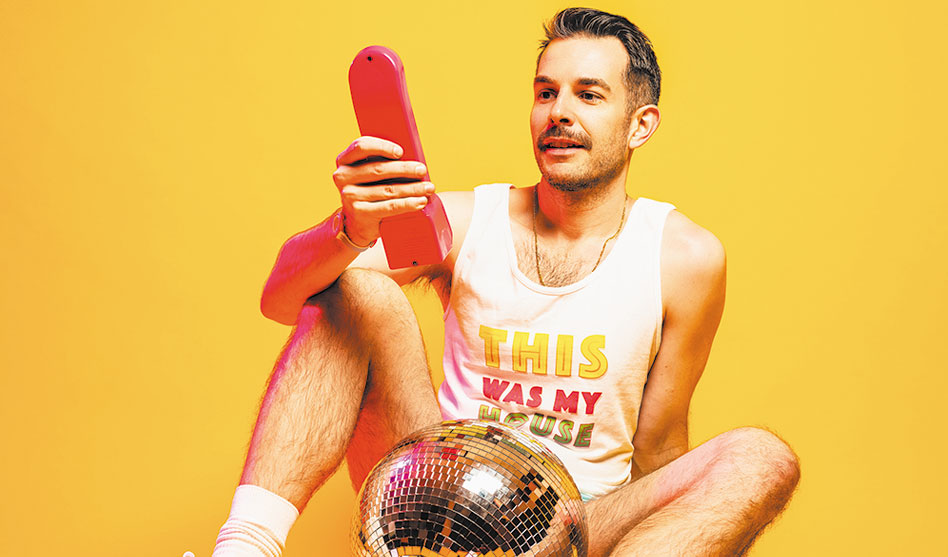 The name Rod Thomas might not be instantly recognizable, but it’s likely you’ve come across the one he uses on stage. As Bright Light Bright Light, Thomas has been a staple of the international LGBTQ music scene for the last 10 years, performing for Cher on the European leg of her 2019 tour and collaborating on a song with Elton John.

Dallas Voice: Leading up to its release, what’s been the day-to-day of getting this album out during the time of COVID? Rod Thomas: It’s been trying to rethink the whole presentation of it because it’s very LGBTQ+ focused. What I’ve been working on with my agent this last year-and-a-half is touring with other queer artists and going to smaller spaces in different cities and working with LGBTQ+ local artists and drag performers. We wanted to make it like “Soul Train circus comes to town” and also highlight local LGBTQ+ businesses, organizations and charities and really use it to expand on the story of the record, which is respect for queer culture.

Not being able to do that this year has been kind of depressing because it really was meant to be much more than this album, like before it was hip to be fucking amplifying people’s voices. The whole point of this record was to shine a light on artists that people overlook or local talent that people don’t really get a chance to hear about. Not really being able to do that properly felt just a bit sad. Hopefully next year I can take that on the road and do it then, if any of these venues are still open. 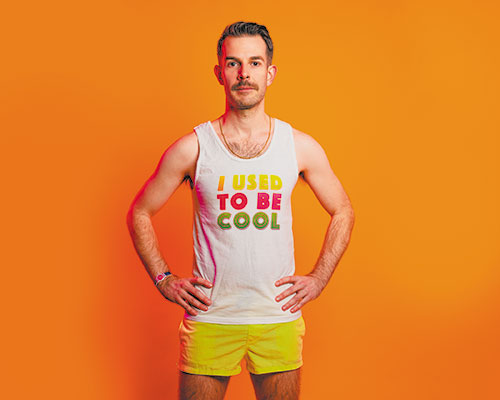 Have you thought about a way to reconfigure your plan for a virtual audience? I don’t think it’s very effective. I really don’t think it is. I think people are so exhausted by online presence and online events that I just don’t think it’s going to have any impact, so I really do think it needs to happen when there’s people in a room. Online there’s just so much white noise that you can’t really cut through, especially if you don’t have the budget of a Dua Lipa or Miley Cyrus — who I love. But the minute they put out a song then that kind of dominates the gay male focus.

Your song with Justin Vivian Bond, “Saying Goodbye Is Exhausting,” is really touching. What can you say about that song? I feel like a big part of gay life is losing people too young, and that’s about a friend. I don’t often write that kind of lyric about personal loss, but that is about a friend who died two years ago and was 33, 34 years old. Throughout time people have been murdered by homophobes, but also with the AIDS crisis and everything that LGBTQ+ people have gone through, it has been watching their contemporaries or their friends or their family die too young.

Even during the last three weeks, we’ve seen Black person after Black person murdered, trans woman after trans woman murdered. Saying goodbye and watching these people disappear is absolutely exhausting when people have the power to stop it, and literally nobody that it doesn’t affect gives a fuck, and it’s just unforgivable. I don’t understand where the compassion in society has gone. Even if you were the shittiest white person living, how do you not understand that watching person after person die is exhausting?

I remember reading that you’re a mood board person. What did your mood boards look like for this album? Oh, fucking mental. [Laughs] It was really mental. Let me see if I can find it. I think I have it. I still keep printouts of everything.

You should. Yeah, I do. My apartment is a lunatic asylum.

Well, you’re an artist. Let’s go with that, yeah. One of the boards is: Eyes of Laura Mars. Body Double. The Stepford Wives. Escape from New York. Party Girl. Silence = Death and the pink triangle. Showgirls. And Sylvester’s live album cover. I wanted it to feel like it sort of spoke to or about different parts of queer culture that I’ve really learned a lot from or was really inspired by through the years, so I kind of hope it does that in some loose way. Also, on a lighter note: Big Trouble in Little China. After Hours. Cat People. Blade Runner. Sweet Charity with Shirley MacLaine.

How does Showgirls fit into the vibe of the album? Delusion. [Laughs]

Do you usually reference a lot of films when you’re making music? Yes, it’s mostly film that I reference, honestly. Looking at references makes me want to make a song that sounds like those images, and I find that much more inspiring than a playlist of songs because film speaks to me a little bit more and teases images out in my brain.

While we’re on the topic of film, what made Gremlins so special to you that you named yourself after the Gizmo line “bright light, bright light?” I honestly don’t know! I don’t think I named myself after that because it was a particularly special film. When I was thinking about what to call myself with my manager at the time, that is the first thing that came into my head. I thought, “God, that’s pretty shit,” but then I couldn’t think of anything better, and it kind of stuck. I liked that it alluded to dance floors and nightlife and electricity and electronic music. It just seemed to work. And I’m a huge fan of the Gremlins franchise, so that definitely works for me, too.

And I read that the title was inspired by a comment made by former NYC mayor John V. Lindsay on his first day in office in 1966, amidst a crippling transit strike. Is that right? Yeah, it was. Basically when he took over on his first day of office the whole city fell to shit, and it was a disaster. There was a transit strike, and the lights went out, and everyone just lost their minds, and one of his adversaries was like, “Oh, so you’re still happy to be the mayor?” And he was like, “I still think it’s a fun city.”

So I kind of took the idea of this very flawed paradise and applied that to how queer people have had to live the whole time. It’s like, you move to L.A., New York, Atlanta, whatever is your city, to escape the suburbia you’re not safe in. But then you get to the city, which has things like other gay people, nightlife, sex, glamour, jobs. It has everything. But you also have the prejudice and the danger and the need to keep both eyes open all the time whilst remembering to celebrate yourself and have fun. So Fun City, for me, is like this place that you aspire to live in. But it’s also a double-edged sword because it could be your downfall.

Did you personally experience this? Yeah. Where I grew up is absolutely not tolerant of gay people. When I was young I grew up in the middle of nowhere, in like an old coal mining valley in South Wales, which was homophobic. So, for me, it was going to London and then moving from London to New York; it’s like chasing the best version of yourself and finding a place that allows you to be the best version of yourself with the people you want to be surrounded by.

Has disco and dance music been a catharsis for you? Dance, yeah. The whole ethos of disco from my understanding is: dancing through pain or singing through turmoil or celebrating through adversity. So referencing that in relation to what I wanted to talk about with the record felt kind of right to me. A lot of gay culture was born and bred from the love of disco music, and the joy and togetherness it inspired is still very much at the heart of LGBTQ+ culture.