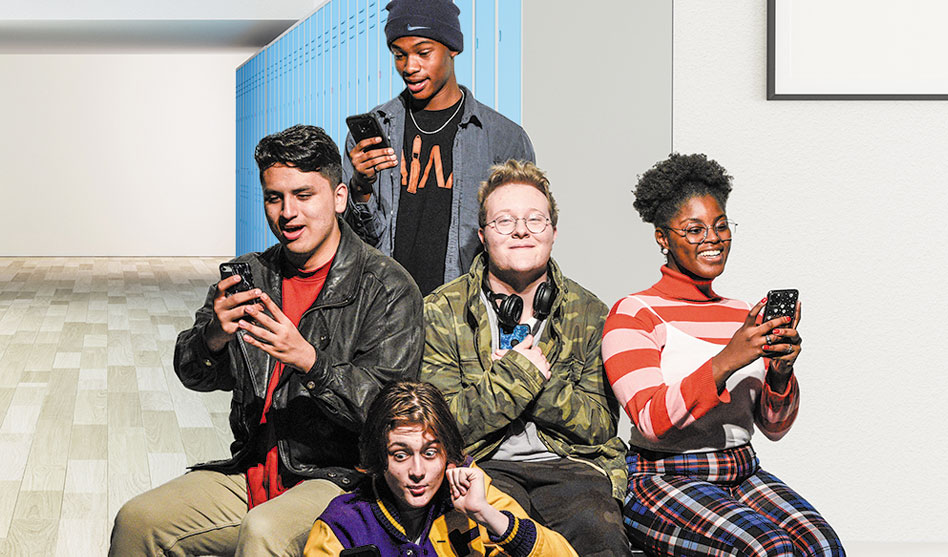 Andi has been home-schooled since fifth grade, but now that he’s entering high school, he wants a more traditional educational experience — he craves a locker and lunchroom talk and mostly a tribe of friends: Not a huge hurdle for most kids, but the decision is ripe with tension and apprehension for Andi and his mom because Andi is transgender and has never had to “pass” before. So the concept of being outed — as gay and trans — is terrifying for parent and child alike.

That’s the premise of Andi Boi, a world premiere play by Dallas playwright and director Bruce Coleman. And while its just a one-act with a brief two-weekend run (beginning on Feb. 7), its journey has been a long, challenging and ultimately gratifying one for all involved — not just Coleman, but actor Zander Pryor and producer Robyn Flatt.

The germ of the play dates back more than two years. Starting about a decade ago, Flatt — founder and artistic director of the Dallas Children’s Theater — commissioned a piece for DCT, The Secret Lives of Girls, to address the concern of teen bullying. The production was a hit (DCT revived it just last year), and it has gone on to be performed around the country. Knowing she was open to current concepts that speak to minors, Flatt’s executive assistant, Coy Covington, made a suggestion for a new play: One about transgender youth.

“At first I was like ‘Whoa!’” Flatt says. “But it fit in with what we have always been doing, which is telling stories about the world as seen from the perspective of a young person.”

Covington recommended Coleman — an experienced theater professional who has acted, directed, written, designed and served in just about every function imaginable in theater — to write the play. At first, the commission intimidated him a little.

“Not being a trans person myself, I really needed to start with people I know [who are],” Coleman says. He reached out for help to Zander Pryor, himself a trans-masculine teenager with a theater background. (“I have basically grown up here [at DCT],” Pryor says.) Coleman sent a questionnaire to Pryor and his mom Wendy to help make himself comfortable with the issues and terminology — about 25 topics he wanted their input on. “Using those answers, I started formulating a play,” Coleman says.

Coleman finished a draft and presented it as part of a small festival being hosted by DCT. He thought that would probably be the end of the project. But everyone knew they had something more.

“We eventually did five developmental readings,” Flatt says — an unusually large number for a new work, especially one aimed at a youth audience. Throughout the process, the play evolved.

“I had a [trans] friend who said it needed to be darker — it needed to be worse for Andi,” Coleman says. Ultimately, he and Flatt agreed that wasn’t the play they wanted.

“I wanted to make it about kindness and understanding, and especially I did not want to make it dark and stay in the dark. We don’t shy away [from the serious issues], but there’s a lot of humor. Humor allows the audience to step into a room they are familiar with [and engage more with the topic]. We also wanted to keep away from vilifying religion. We want [all audiences] to approach the play [without feeling attacked].”

Part of the challenge was to write in the contemporary vernacular of teens “without it sounding creepy,” Coleman jokes. He works with many young people and had a sense for how teens talk, but Pryor actually assisted in refining some of the dialogue.

“Initially it felt like it was written for younger kids,” Pryor says. Coleman teen-i-fied it. And the play used to end with the adults solving problems for the kids, Flatt notes, but “now it’s Andi who speaks up at the end.” (“That was so easy to do!” adds Coleman.)

When it came to casting the production, Coleman and Flatt both wanted an actual trans teen and Pryor seemed to be the ideal choice — although, as Coleman stresses, “this is not Zander’s story,” despite some surface similarities.

“How is Andi like me?” Pryor ponders. “Definitely the nerdiness. And we are both close to our moms. But when I started transitioning, going stealth was an absurd possibility, though I initially wanted to be stealth. I am definitely more on the Caitlyn Jenner side [of trans] than the Gwen Araujo side. The hardest part has been [me] rationalizing some of the decisions Andi makes.”

But Pryor has taken ownership of the work alongside Coleman — it’s the first time in his career he’s been on the ground floor of the creative process of show, and of course the topic is near and dear to him. About 40 percent of trans youth have attempted or committed suicide, he notes, and addressing the issues related to being transgender are essential to community-wide understanding of the unique difficulties faced by trans kids.

Pryor admits he’s still triggered by “dead naming” — when someone refers to Pryor by his (feminine) birth name, which he closely guards — because it reminds him of who he was, a person who was “mentally ill and miserable. And whatever my issues now,” he’s finally at home in his own skin.
“[The play] is about a moment of truth in Andi’s life,” Coleman says. “It’s about him finding friends and finding his truth.”

That’s true for Pryor, too … and perhaps all of us.