‘Superstar’ actor dials up the queer in short time 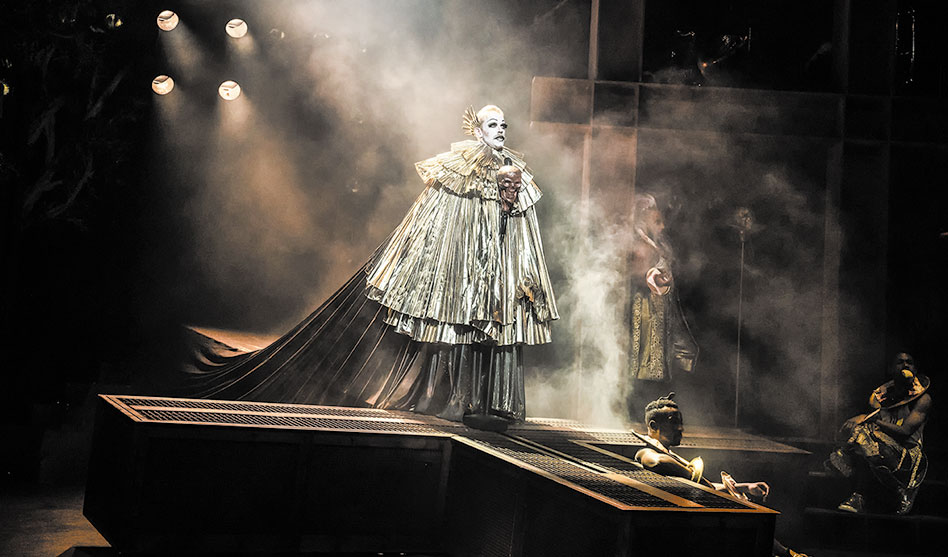 ‘Superstar’ actor dials up the queer in short time

Jesus Christ returns … to North Texas on Tuesday. The 50th anniversary tour of Jesus Christ Superstar makes its way to Fort Worth’s Bass Hall for a week-long engagement starting July 12. The tour comes back to the area after its Dallas stint in April.

As the tour makes its way back to the area, so does queer actor Paul Louis Lessard who plays Herod. With just the one scene and the titular “King Herod’s Song” — he’s also in the ensemble — Lessard has a short time to make a big impression. But with 40 yards of lame and his very ostentatious Herod, Lessard leaves audiences wanting more.

Lessard, a 36-year-old Michigan native, is on his first national tour. He spoke with Dallas Voice recently about waving his queer flag while performing and bringing that one fabulous moment each night in Jesus Christ Superstar.

Dallas Voice: To begin, sorry we missed you the first time around in Dallas and thanks for your time for the Fort Worth shows. Lessard: I was onstage the first week but I actually took off the second week so this is perfect.

You play Herod and it is a big drag, fabulous moment in the show. How do you see it? For me, it’s so open-ended that I get to turn up who I am to 200 percent. I wanna create an experience for the audience in my, like, three and-a-half minutes onstage as Herod. I get to take the basics and run with it, and it’s completely honest in my portrayal.

How do you bring yourself to this character for that honesty? I’m an outspoken queer man. I’ve also experienced the same emotions this character has. I used that bit of time to explore all the ways I can shine as a performer but also break down this archetype who was a real person.

That fabulous costume has got to help a bit. You can’t go wrong with a four-foot gold lame robe! And then after the reveal, I’m in three-inch sparkly, black, knee-high boots, a gold-mirrored leotard and gold feather headpiece. I mean, he was the embodiment of ostentatiousness.

Herod seems to always be depicted as rather eccentric. Is there any possibility that he’s queer? I’ve done some digging on that. Biblically, all we can go on was that he was referred to as a fox in his demeanor. He had a wife, he had sons, but we know that doesn’t mean he couldn’t be [queer]. With that, I think he’s become an opportunity for many interpretations, and if I can waive my queer flag and represent onstage, that’s important for me to lean into.