2021 Year in review: News • Marking the fifth anniversary of the Pulse shootings 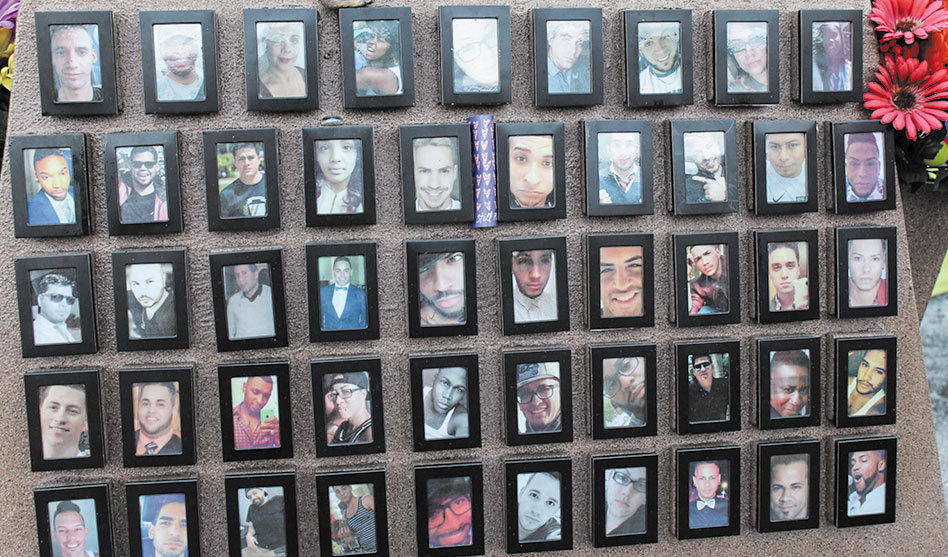 .Photos of those who died in the Pulse shooting in 2916 remain at the site where the club stood

June 12 marked the five-year anniversary of the Pulse shootings. The messages, posters and framed photos the 49 people killed remain on the property of Pulse, a gay nightclub in Orlando as a shrine to the victims.

After a three-hour stand-off on June 12, 2016, police killed the single gunman responsible for the attack.

Before he was shot, the killer told negotiators the shooting was revenge for the American invasion of Iraq. The shooter, though, was born in the U.S. of Afghan parents.

Many believe that the killer, despite his claims to police, was a closeted gay man and that his own self-hatred drove him to target the patrons of the popular LGBTQ bar. His father recalled that the shooter had gotten irrationally angry some months before when he saw two gay men kissing in public, and his wife at the time of the attack has since said she and other members of his family thought he was gay.

The question on everyone’s mind in the immediate aftermath of the massacre was simple: Why didn’t police end the violence faster to save lives?

The answer was simple: “They couldn’t move in sooner because they didn’t know for sure what was happening. They couldn’t be sure that coming in sooner wouldn’t end up with everybody dead,” explained A’zsia Dupree, a cast member from Pulse who performed at the Round-Up Saloon in Dallas a few months after the incident.