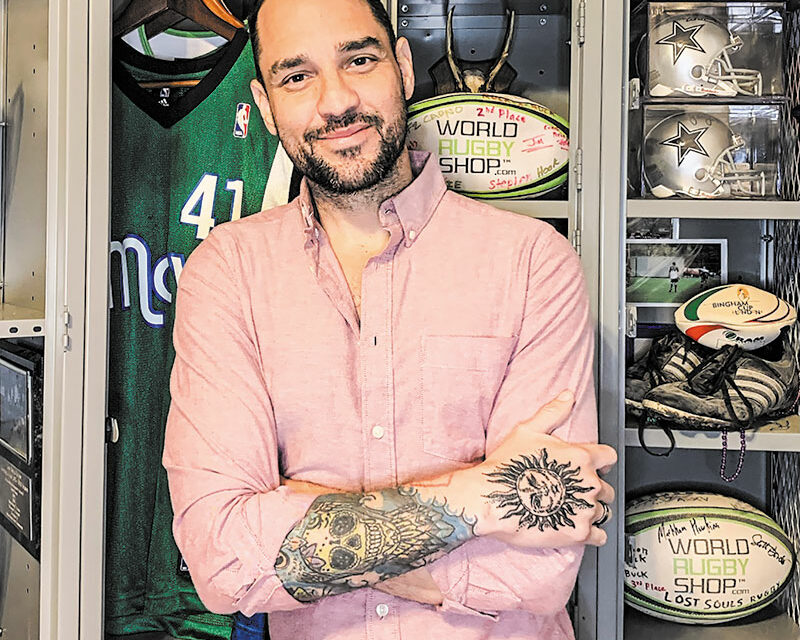 The pandemic hasn’t changed Todd Maria’s passion for the LGBTQ community; it’s only intensified it. And Lost Souls Rugby’s performance as a team has been nothing short of miraculous with Maria as team head coach. In a few short years, Lost Souls went from scrappy newcomers to international titleholders. And that’s with players who have all sorts of builds, not just the big, burly men you’d expect on a championship team.

Just four years after the team’s founding, Lost Souls won the Challenger Cup, the tier-three level of competition in the Bingham Cup, the gay rugby world championships. held in 2016 in Nashville. Two years later, not only did Lost Souls return to the biennial competition, the team moved up to compete for the level 2 Hoagland Cup held in Amsterdam — and won!

Then in 2020, Lost Souls Rugby was headed to defend their title when everything was shut down.

Maria took that as a challenge. To keep his team together, he needed to keep the players engaged. Service to the community has always been a core value for Lost Souls — and for Maria. And during the pandemic, lots of people needed some cheering up.

Maria knew lots of events had been canceled, and many organizations weren’t accepting donations of collected items. But Lost Souls regularly did a toy drive around Christmas for the children at Adelfa Callejo Elementary School in Pleasant Grove, where about 95 percent of the student body is disadvantaged. So he checked with school officials, who said they’d be delighted to receive toys for their students. Maria was sure those kids had been disappointed enough in 2020; he wasn’t going to hand them one more disappointment.

In a year of lockdowns and layoffs, Lost Souls promoted the toy drive and set up a collection stand behind the Round-Up Saloon. In one afternoon, the team collected more toys than ever before for the school.

But identifying a community need and rallying the team to do something about it is second nature to Maria. He’s collected socks in winter for people in homeless shelters; school supplies for students who wouldn’t have them otherwise and always toys, toys, toys at Christmas.

And when a group needs volunteers for their event, Lost Souls is there. Team members have helped with hosting at Transgender Day of Remembrance events and made the Silver Pride prom more festive just with their presence.

For his work, Maria’s been honored before. He was named grand marshal of the Alan Ross Texas Freedom Parade in 2016. And this year, Dallas Voice readers rightly recognized him as an inspirational leader during an especially gloomy year, naming him as Best LGBTQ Role Model, and naming the team he leads Best Local Sports Team. 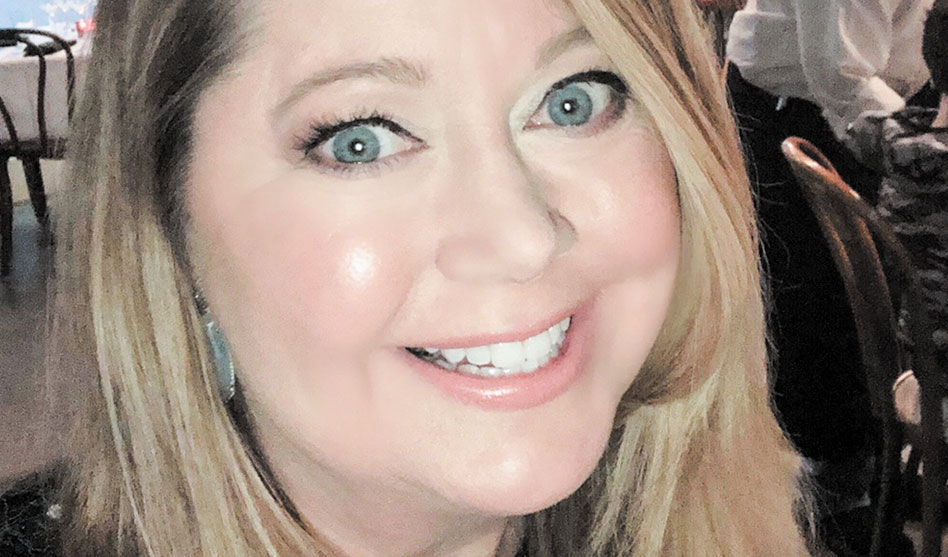 “I feel like my role as an ally is to be a bridge between the straight community and the LGBTQ community,” Grove said. “It should not be the burden of LGBTQ people to ‘explain and teach’ understanding to each person they encounter who is misinformed or uneducated. That is unfair; no one should have to ‘explain’ themselves.”

Being an ally is a role “I happily take on to help people move forward in their understanding of something that is unfamiliar to them,” Grove continued. “People fear what they do not relate to or understand. I like putting things in simple, easy terms and analogies to build understanding. When someone tells me being gay is a choice, I ask them when they decided to be straight and if it was a hard decision. When they say, ‘Well now. I’ve always been straight; I didn’t have to decide,’ I tell them that is how it is for most gay people. They just ARE.”

Grove said her job as a therapist with LGBTQ clients and her experience as a confidant to her LGBTQ friends have shown her quite clearly the damage that has been done to the community. “There is a great quote that goes something like this: The therapeutic work of a gay person is to detangle the parts of them that are truly them from the parts they had to develop to survive in a heteronormative world.’ I have found this to be true — and profound,” she said.

Being voted as Best Straight Ally in the Readers Voice Awards “means a great deal to me,” Grove said, because in her 31 years working in and with this community, “I have made a lot of professional contacts, acquaintances and — most of all — friends. And I like it that people see that I am trying to do the best I can to help.”

Best Party for a Cause
Black Tie Dinner

Staging a fundraising event is difficult in the best of times. Doing it during a deadly pandemic turned out to be more than many organizations were able to do. But the folks at Black Tie Dinner not only moved ahead with staging an event, their event — Black Tie LIVE — turned out to be a rousing success. 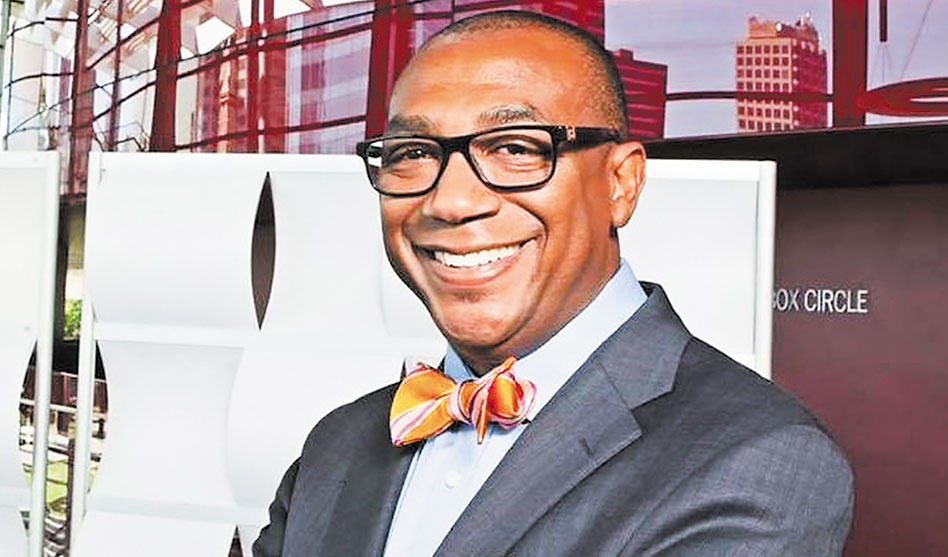 As 2020 Co-chair Brad Pritchett said, “If there was anything that my fellow 2020 co-chair Jeremy Hawpe and I learned in 2020 it was that all plans or roadmaps were null and void, and ‘pivoting’ became our most used word. Through chaos comes clarity, and 2020 was one chaotic year. That said, the clarity of what our board needed to do was never clearer – re-imagine our efforts during the most uncertain of times to raise as much money as possible for our beneficiaries.

“In producing our first-ever televised Black Tie LIVE, we developed new strategies that will carry into the future and realized that sometimes it’s ok to totally start from scratch when you have the right group of people behind you,” he added. 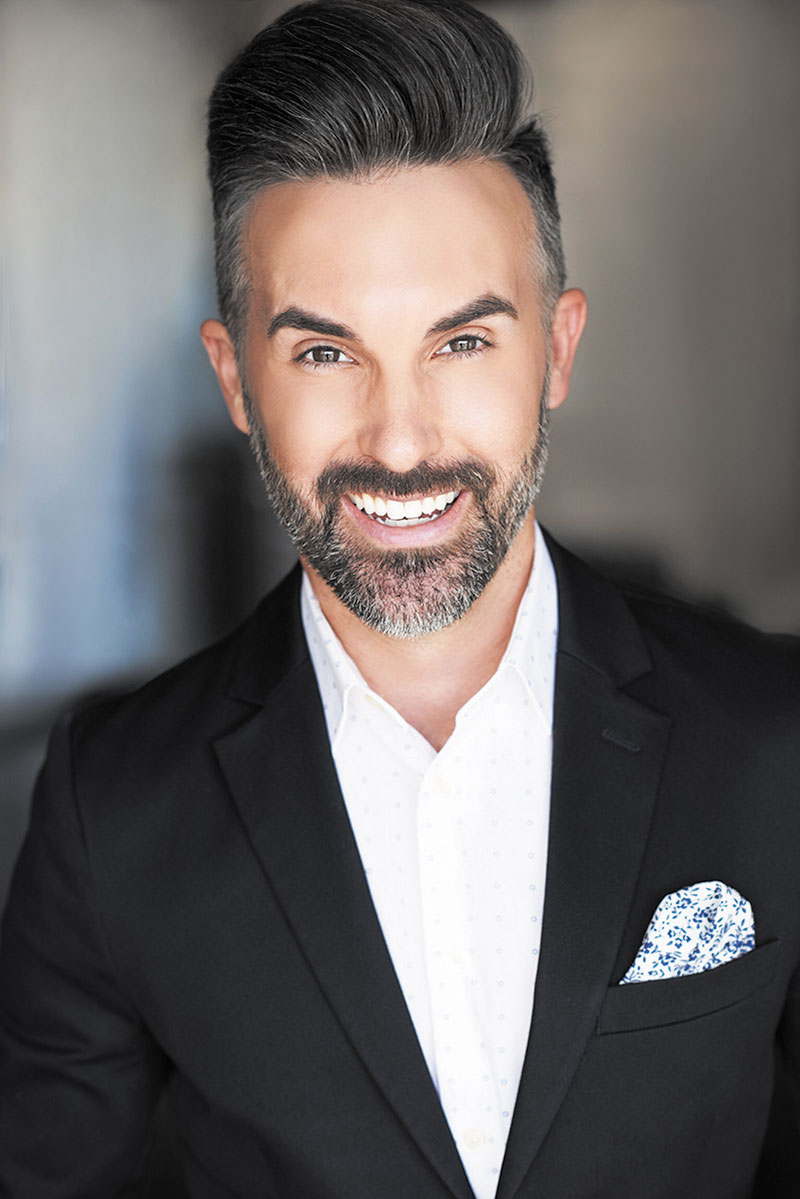 Pritchett noted that winning the Readers Voice Award “means so much” because BTD takes great pride in “our relentless service to our community,” and knowing that RVAs are based on votes by “our LGBTQ families allies” makes winning the award mean even more. “To be the best at anything, especially when selected by our peers, only drives our board of directors to do even better and raise the bar even higher,” he said.

While 2020 was a huge challenge, incoming co-chair Terry Loftis said, “it also became a year of innovation” for BTD. “Moving forward we expect another year of innovation and change as we determine a safe and responsible path forward. … The people our beneficiaries serve depend on them now more than ever, and it is crucial that we do our absolute best in supporting them. As we continue to navigate the impact of the pandemic, we have strategic options for putting on a program for our sponsors, beneficiaries and supporters that is creative, thoughtful, financially impactful and entertaining.”