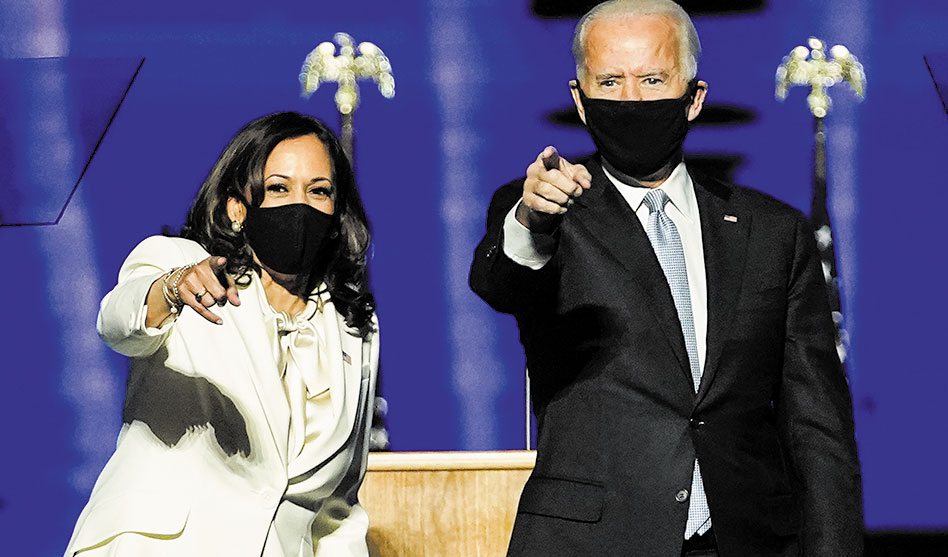 But all at once? Not in recent memory.

The 2020 Election
There was never any question that Donald Trump would be running for re-election in 2020, and few if any questions that the GOP leadership would continue to support him. But the field of Democratic was, well, crowded to say the least. Among them was the former mayor of South Bend, Ind., Pete Buttigieg, the first openly LGBTQ candidate to mount a viable campaign for president and the first LGBTQ candidate to qualify for the Democratic debates.

the time 2020 began, that field had narrowed to 15, still including “Mayor Pete,” but he dropped out on March 1, just before the Texas Primary on March 3, and backed Biden.

That left just five Democrats still in the race, including former Vice President Joe Biden who had been struggling to get any traction early on. But he won the South Carolina primary by a landslide on Feb. 29 and rode that momentum in a tremendous showing on Super Tuesday.

Of the 14 state primaries held on March 3, Biden won 10, practically guaranteeing he would win the nomination. All the others but one dropped out soon after. And at the DNC in August, Biden made history when he chose California Sen. Kamala Harris, herself a former 2020 presidential candidate, as his running mate — the first woman, the first person of Asian descent and the first person of African-American descent to claim that honor.

Trump’s handling of the COVID-19 epidemic played a starring role in the campaign; he continued his rallies and refused to wear a mask, constantly ignoring or even countermanding the advice and warnings of his own public health experts. Biden, though, kept his campaign events small; he and Harris always wore their masks and were careful to follow all CDC protocols.

Trump had — and still has — fervent supporters in the LGBTQ community. Richard Grenell, the gay man Trump appointed first as ambassador to Germany and early this year named acting director of U.S. national intelligence (making him the first LGBTQ person to hold a cabinet-level position), promised the community at a Florida rally in October that Trump is “100 percent with us.”

But most LGBTQ people disagreed. According to a Gay and Lesbian Alliance Against Defamation poll, more than 81 percent of LGBTQ people favored Biden in the election, with 14 percent supporting Trump. Of that 14 percent, most seemed to focus more on what they saw as economic and fiscal issues rather than issues of equality.

The one thing everyone will remember about the 2020 presidential election is how long it dragged on even after all the votes were counted. By the time people started waking up on Wednesday morning, the outcome of the election was still far from clear. Over the next three-plus days, as mail-in and absentee ballots in Michigan, Wisconsin, Pennsylvania, Arizona, Nevada and Georgia were counted, those states went from red to pink to baby blue to solid blue. And finally, on Saturday, Nov. 7, Biden and Harris claimed their historic victory. When all was said and done, after record turnout, Biden had won the popular vote 81,283,485 to 74,223,744,

Even then, Trump and his team refused to concede, filing lawsuits, demanding recounts and sowing seeds of doubt in the democratic process by continuing to push their false narrative of fraud and a “rigged election.”