2020: Local stories that had us talking 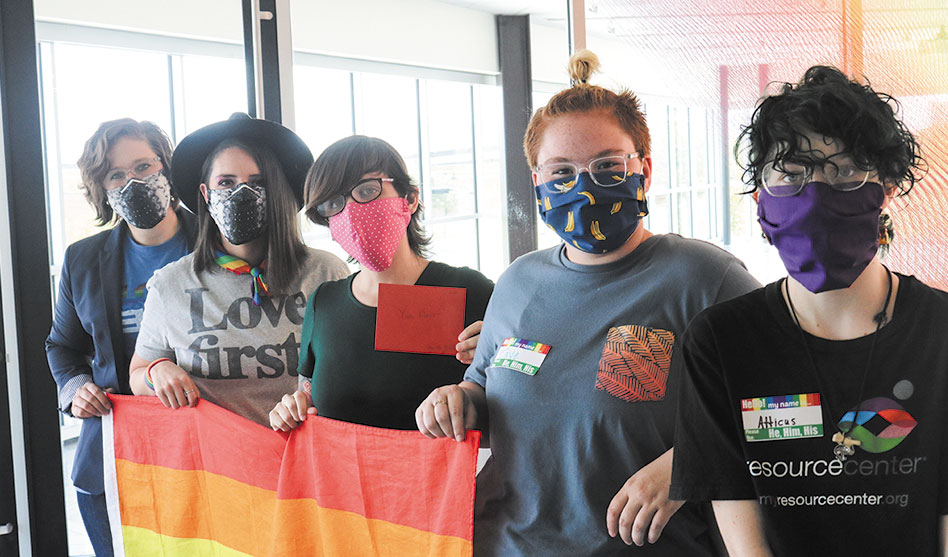 Mansfield ISD
Before the U.S. Supreme Court in June weighed in on employment nondiscrimination based on sexual orientation and gender identity, Mansfield ISD had already settled with Stacy Bailey, an art teacher at MISD’s Charlotte Anderson Elementary, who was twice selected teacher of the year before being suspended for eight months after being accused of “promoting a homosexual agenda” by showing a photo of her “future wife” along with photos of her family to students during a welcome to school presentation in August 2017.

Bailey sued the school district, and, in October 2019, federal Judge Sam Lindsay ruled that the Constitution clearly protects Bailey’s right to be free from sexual orientation discrimination. She was awarded a cash settlement and allowed to return to teaching but was assigned to a high school. In June, Bailey and her wife, Julie Vazquez, made a $10,000 donation from proceeds of the settlement to Resource Center’s Youth First program.

At that point, Bailey thought her battle with Mansfield ISD was over. But three days later the U.S. Supreme Court issued its Bostock ruling agreeing with Lindsay’s ruling in Bailey’s case and declaring employment discrimination based on sexual orientation or gender identity to be illegal. Then a week later, Mansfield ISD voted unanimously not to add sexual orientation or gender identity to its nondiscrimination policy. Other than making a statement about their opposition to employing LGBTQ teachers and staff, their vote was moot and opened the district to future lawsuits.

According to Resource Center’s Rafael McDonnell, before the Bostock ruling, only two of the 110 school districts in the Dallas/Fort Worth area had employment nondiscrimination policies that specifically included their LGBTQ employees — Dallas ISD and Fort Worth ISD. After the ruling, the Texas Education Agency issued new wording that it recommended school districts adopt in their nondiscrimination policies. School districts across North Texas routinely adopted these recommended updates, and by October, 93 ISDs in the eight-county area had adopted this new wording to be in compliance with federal law. About a dozen smaller districts had simply not yet met to act on the ruling, mostly because of canceled meetings due to the pandemic. But two districts in the area voted against adopting the ruling — Highland Park ISD and Mansfield ISD — opening themselves to future lawsuits. Mansfield remains an island of discrimination surrounded by Arlington, Grand Prairie, Kennedale and Midlothian that have all adopted LGBTQ nondiscrimination.