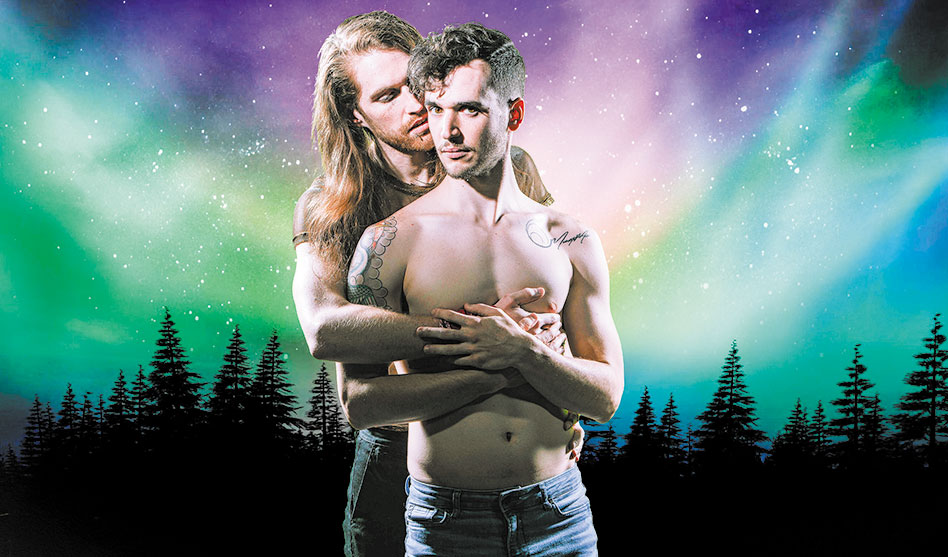 Kitchen Dog Theater’s production of Steve Yockey’s ‘Reykjavik’ was an unexpected exploration of contemporary life, above; Theatre 3 did two great farces in 2019, including ‘Raptured,’ opposite.

The Top 10 theatrical productions of 2019; plus, we select our Actor of the Year

I’m a huge cheerleader for local theater, especially in North Texas, where we have a number of amazing companies, a Tony-winning regional theater, at least three theatrical presenters that bring Broadway shows to the region, as well as programs, festivals and series that demonstrate that breadth. That said, 2019 wasn’t my favorite year, especially following the standouts of 2018, but there were nevertheless many memorable productions (and performances; see side bar, Page 15). Here are 10.

10. Aladdin (tour presented by Dallas Summer Musicals). There were a number of hotly fancied national tours working their way through North Texas this year — Hamilton, Dear Evan Hansen, Hello Dolly. But the one that delighted me the most ended up being this lively, funny Disney production, starring two former Dallasites. It may be the best of the Disney Theatricals I’ve seen… certainly the freshest.

9. Noises Off (Theatre 3). The fall’s most satisfying comedy, this version of the classic Michael Frayn farce hit every comic beat, thanks to great casting.

8. Lela & Co. (Second Thought Theatre). A young girl named Lela endures the ravages of a war zone with unexpected perkiness — a disconnect so shocking, it’s brilliant. This savage play, pitched dangerously as a Vaudeville, captured the absurdity of war, and its effect on people, with unnerving power.

6. Sweat (Dallas Theater Center). Socially-conscious theater can sometimes play as preachy or precious, but Lynn Nottage’s Pulitzer Prize-winner, set in a Rust Belt town during a period of economic hardship, lends an air of depth and sophistication to issues of labor, wealth disparity and the bifurcation of community in the era of Trump.

5. The Cake (Uptown Players). We’re all familiar with the conflict between gay couples and the conservative bakers who refuse, on religious grounds, to make them a wedding cake, but whodathunk we might actually sympathize with the baker?! That’s the genius of this heartfelt comedy, which humanizes conflict with great gentility, and also offered up one of the best portrayals of middle-aged marriage (between Shannon McGrann and Sonny Franks) anywhere onstage this year.

4. Jo and Louisa (WingSpan Theatre Co.). The standout production at this year’s Festival of Independent Theatres came from an unlikely source, at least to me: Little Women. (I’m so over it, including the recent film.) But playwright Isabella Russell-Ides’ whip-smart construction of this two-hander — a sort of dialogue between the novel’s author, Louisa May Alcott, and her alter-ego protagonist, Jo March — sparkles with clever insights about gender, ego and literary value without ever getting heavy-handed. What a discovery. 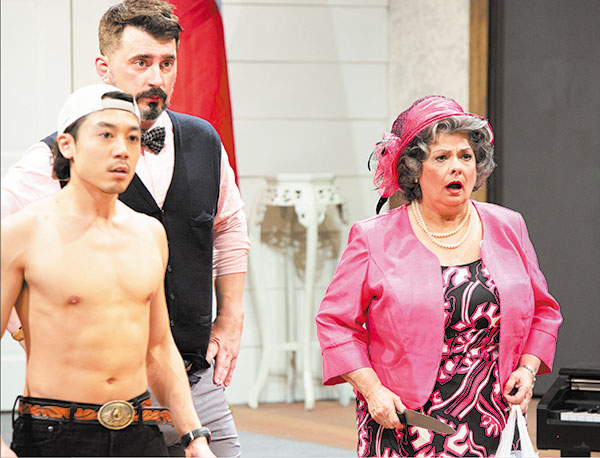 3. Raptured (Theatre 3). Theatre 3 did farce right this year twice — most recently with Noises Off, but earlier in the season with an original, East Texas comedy about chicanery and sexual goings-on in a smalltown church. Hilarious, unhinged and surprisingly smart, it hit all the buttons.

2. Disaster! (Uptown Players). It’s easy to dismiss a spoof like this one, which skewers all-star disaster movies of the 1970s (The Poseidon Adventure, The Towering Inferno, Earthquake, Meteor) as lightweight nonsense, but I ask you: What higher calling is there in the theater than to create laughter, excitement and joy? This show does that in spades, with a campy sensibility, expert comic timing from the large cast and helmed with the right touch by director B. J. Cleveland. It’s wonderfully awful… on its way to awfully wonderful.

1. Reykjavik (Kitchen Dog Theater). Steve Yockey’s seemingly piecemeal series of vignettes, all set in Iceland, is actually a puzzle box of interconnectedness, mysteries and fantasies and darkness rolled into a scary/funny dazzler of a show. The actors each embody many different characters with great specificity and versatility, and director Kara-Lynn Vaeni ties it up in a heartstopping exploration of contemporary gay culture.