2018 Top Stories: An historical marker for the gayborhood 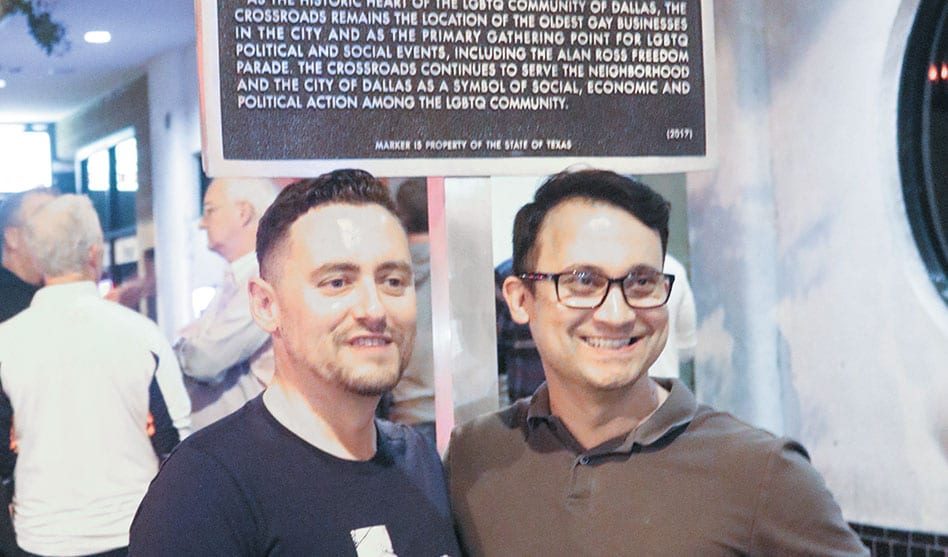 “Despite Dallas’s reputation as one of the state’s more conservative cities, its LGBTQ (lesbian, gay bisexual, transgender queer) community was among the first in Texas to organize politically and socially,” begins the text on a new historical marker that stands at the corner of Throckmorton Street and Cedar Springs Road.

In October, the marker was placed outside JR.’s Bar & Grill, marking The Crossroads as an historical site. This is the first marker honoring the LGBT community in Texas.

The Dallas Way spearheaded the effort to get the marker approved and in place, and hundreds of people attended the dedication ceremony on Oct. 10.

The Dallas Way President Evilu Pridgeon called The Crossroads the heart and soul of the Dallas LGBT community and said approval of the project was a team effort.

Bars, restaurants and stores began moving to Cedar Springs in 1975, taking over a strip of dilapidated early 20th century buildings and renovating them and the residential blocks around them.

The Crossroads became an area of political organizing and, in the 1980s, an area of AIDS activism. And that tradition continues today.

Longtime activist Betty Neal told the crowd, “At this intersection, I see my life.”

First term Dallas City Councilman Omar Narvaez spoke at the marker’s dedication and said that his political career began there at the Crossroads after he joined Stonewall Democrats and signed up hundreds of voters while sitting at a table outside Crossroads Market, which stood directly across the street from where the marker is today.