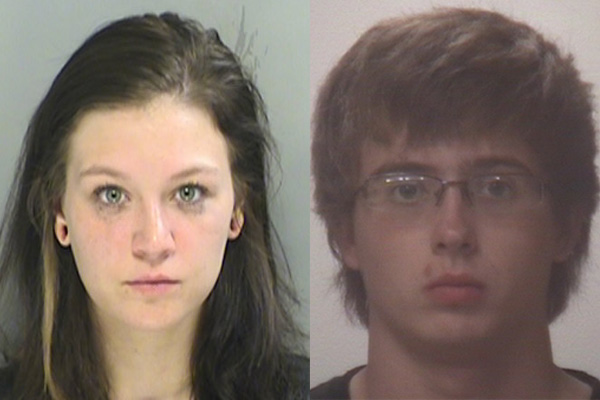 Two teens were sentenced in Fort Worth on Friday for their involvement in an Arlington graffiti spree in June that included in anti-gay slurs spray-painted on a lesbian couple’s SUV.

Morgen Rae Aubuchon, 18, and Seth Stephen Hatcher, 19, pleaded guilty to the state jail felony charge causing $1,500 to $20,000 in damage and were sentenced to three years deferred adjudication with 120 hours of community service at Samaritan House, AIDS Outreach Center or another organization approved by the court.

They must complete a minimum of 20 hours of community service a month. They are also jointly responsible for $6,441 in restitution to the owners of the damaged property.

David Mack Henderson, Fairness Fort Worth treasurer who attended the sentencing, said 371th District Court Judge Mollee Westfall informed the teens that if they violate their probation, they face six months to two years in jail.

If the teens complete their probation without any violations, they won’t have a conviction on their records, but an arrest record will remain unless expunged.

The graffiti incidents cases were combined last year to obtain a higher charge, which ruled out a possible hate crime enhancement for the lesbian couple’s property because the bias didn’t apply to all of the damaged property.

The first teen sentenced in November was a 16-year-old who was the first to turn herself in and cooperated with Arlington police. She was sentenced to a year of probation in juvenile court, along with 50 hours of community service that must be completed at either Samaritan House or AIDS Outreach Center in Fort Worth.

The remaining two teens, Daniel Sibley, 18, and John Austin Cartwright, 18, have court dates set for Feb. 20. Part of Aubuchon and Hatcher’s plea deals included testifying against Sibley and Cartwright if their cases go to trial.