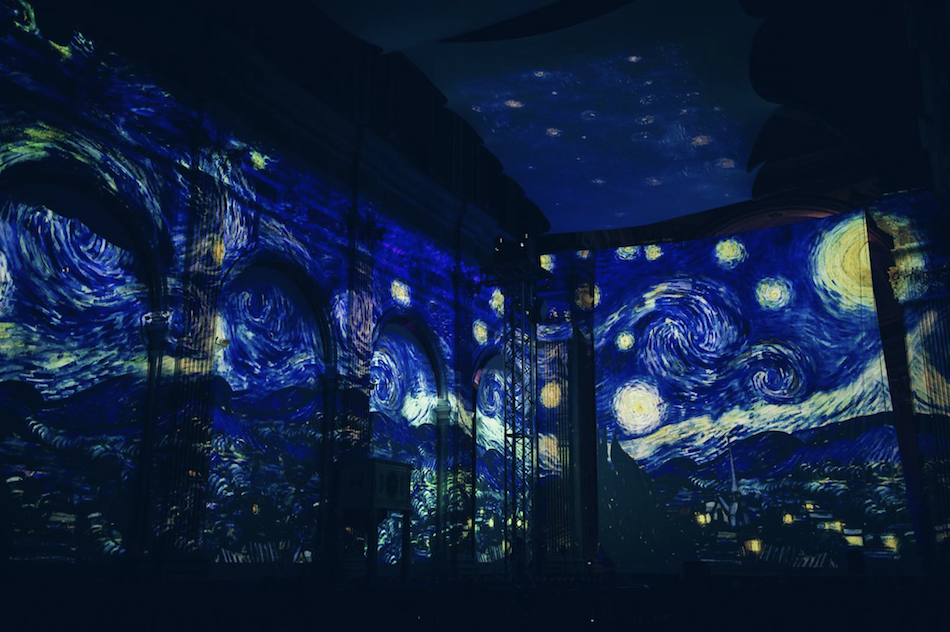 UPDATE: The BBB recommends waiting to buy tickets until dates and a venue have been announced.

I can’t tell you exactly where or when Van Gogh: The Immersive Experience will be in Dallas, but a waitlist for tickets that will go on sale on Wednesday, March 3 has opened at this link. The website teases that it’ll be here this summer.

Using 60 projectors, 200 Van Gogh works come to life in a 360 degree digital show on the walls and floor around you for 35 minutes and runs on a continuous loop. Extra rooms include one on the a digital study of Van Gosh’s flowers and another has a five-minute video on the artist’s painting techniques. A third features a “reconstruction” of Van Gosh’s “The Bedroom.” A one-of-a-kind virtual reality experience to travel through eight works and their source of inspiration in “A Day in the Life of the Artist in Arles France” is available for separate purchase at the exhibit.

The exhibit is produced by Exhibition Hub, a company based in Belgium that has nine different digital exhibits listed on its website. They claim 650,000 people have seen the Van Gogh production since 2017 and, will be seen in 15 cities around the world. Houston, New York, Atlanta and Miami are among the U.S. destinations. Tel Aviv, Beijing and Naples are among the international cities.

Tickets are $36 for adults and $19.90 for children and will take place indoors in “a central location in Dallas (to be announced soon). Apparently, so will the precise dates but will be open 10 a.m.-8 p.m. on weekdays and 9 a.m.-9 p.m. on weekends and holidays. Plan for an hour to 75 minute visit.