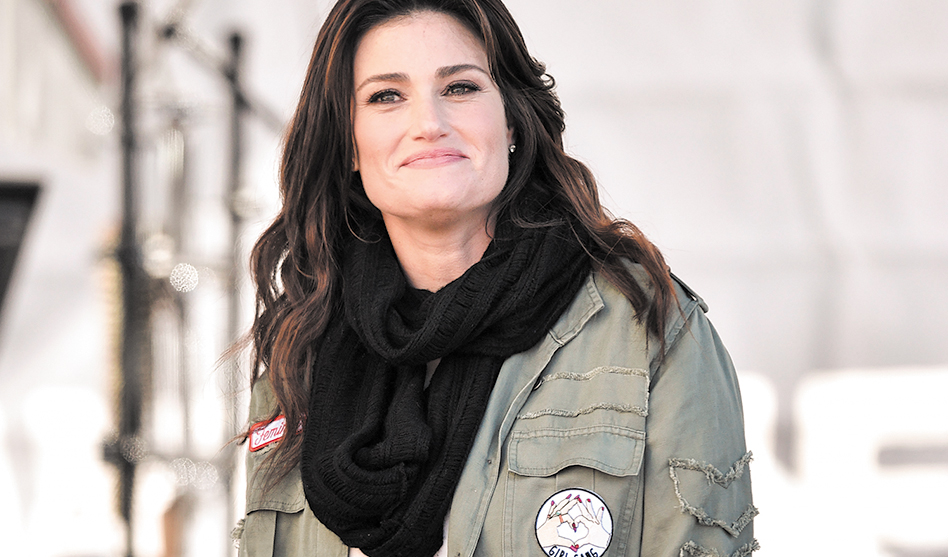 Turtle Creek Chorale officials have announced that they signed Broadway star Idina Menzel to headline Rhapsody, a gala performance on Feb. 22 in the grand ballroom of the Statler Dallas.

The event was announced at the opening concert of the chorale’s 40th season on Sept. 29 by the gala’s co-chairs, Robert Emery and Kay Wilkinson. Ambassador Ron Kirk and Matrice Ellis-Kirk are the honorary co-chairs.

Mike Dilbeck, the chorale’s director of development, said Rhapsody will be a fundraiser on a scale never before attempted by the chorale. “We wanted to create something special and unique as a performing arts organization,” he explained.

That means the audience will be seeing a concert performance in a warm environment rather than seated in the rafters of the American Airlines Center and seeing a full set rather than three songs usually performed at a seated dinner, he went on.

The Statler is the newly-renovated hotel and apartment building once known as the Statler Hilton. At the time it opened in 1956, it was the largest hotel in the Southwest, and its grand ballroom became legendary. Frank Sinatra, Tony Bennett, the Jackson 5, Perry Como, Desi Arnaz, Cher and others have performed on its main stage.

Menzel has been an LGBT community favorite ever since she appeared in the original Broadway cast of Rent and won a Tony Award for her performance as Elphaba in Wicked.

She starred as the voice of Elsa in the Disney animated film Frozen, in which she sings “Let It Go.” The song won the Oscar for best original song and the Grammy for best song written for visual media.

Menzel has two films opening this fall: Frozen 2 opens in November with Menzel reprising her role as Elsa, and she stars with Adam Sandler, Eric Bogosian, Lakeith Stanfield and Judd Hirsch in Uncut Gems opening on Christmas Day.

Menzel has several solo albums, including one that debuted at No. 1 on Billboard’s Holiday Albums chart and put her in a Top 10 spot on the Billboard Top 200 Album Chart. And at Super Bowl XLIX, she sang the national anthem.

On TV Menzel has appeared in the Lifetime remake of Beaches in the role of CC, originally played by Bette Midler. In Glee, she played Rachel’s biological mother.

Dilbeck, who was already a fan of Menzel, said she was recommended after she delivered a powerhouse performance at the 50th anniversary of Houston’s Theater Under the Stars. “She blew them away,” he said.

Dilbeck said Rhapsody will be a celebration as much as a concert. Few arts groups make it to their 40th anniversary, he said, marveling at TCC’s endurance through adversity. The AIDS crisis took a severe toll on the chorale, which lost as many members to the disease as the chorale has on its current membership roster.

The chorale was founded in 1980 when three men — Don Essmiller, Phillip Gerber and Rodger Wilson — met over drinks at a bar on Fitzhugh Avenue with Harry E. Scher and Gerard Huber to discuss the gay men’s chorus that had been recently formed in San Francisco. They decided to each choose five pieces of men’s choral music and meet again. With Scher at the piano, they sang all 25 pieces of music and chose the ones they liked best.

Next they posted fliers around Oak Lawn (before the internet and Dallas Voice, that’s how community information got out) and announced the formation of the Turtle Creek Chorale. Because Dallas police at the time were still raiding bars, the organization’s name was chosen to avoid reprisals by employers, fear of physical violence and even family rejection.

About 38 men attended that first meeting, according to Turtle Creek Chorale historian Pat McCann, who wrote an account of the formation of the chorus.

The group’s first performance took place just a month after the first rehearsal, after the chorale received an invitation from the Dallas Gay Political Caucus to perform at an event at Trinity United Methodist Church, an historic building in downtown Dallas that was destroyed by fire less than a year later.

Then on June 24, 1980, the chorale gave its first public performance at Caruth Auditorium on the SMU campus. Tickets were $2.50, and the concert sold out.

Until the Meyerson Symphony Center opened in 1989, the chorale performed in a number of different venues, including the auditorium at El Centro College, the Irving Performing Arts Center and Caruth.

Since its founding, the chorale has become the most recorded men’s chorus in history. It’s won two Emmy Awards, and beginning with its June concert earlier this year, began a new educational component working with students in area high schools.

About 100 chorale members participated in its first educational program in September at Sunset High in Oak Cliff. About 300 students in arts programs participated in the kickoff of the You Are Light Project.

The project grew out of the chorale’s You Are Light June concert when members shared their experiences with bullying, attempted suicide and other issues.

Artistic Director Sean Baugh said, “There’s nothing more frightening than singing for 300 high schoolers.” He said he had no idea how they’d be received. But that fear evaporated when he found the students to be the most attentive audience he’d ever performed for.

For this midweek performance, so many members of the chorale participated after Baugh asked them, “How different would your lives be if you had 100 gay men singing for you in school?”

Baugh said at first they planned to have members tell their stories. But then they decided to give them more specific information, tools and resources.

“If you see a friend hurting on Facebook, Instagram or whatever, here are the steps to take,” he said.

Since the program, students who participated have been writing about their experience, and he’s heard the reaction has been exuberant. Baugh said one change he’ll make next program is to include a few moments of levity.

Funds raised from Rhapsody will, in part, fund the chorale’s new educational outreach. Baugh said he sees You Are Light as a new, permanent program of the chorale.

Rhapsody takes place at the Statler Dallas on Feb. 22. Tickets range from $350-2,500 and are available at RhapsodyDallas.com.