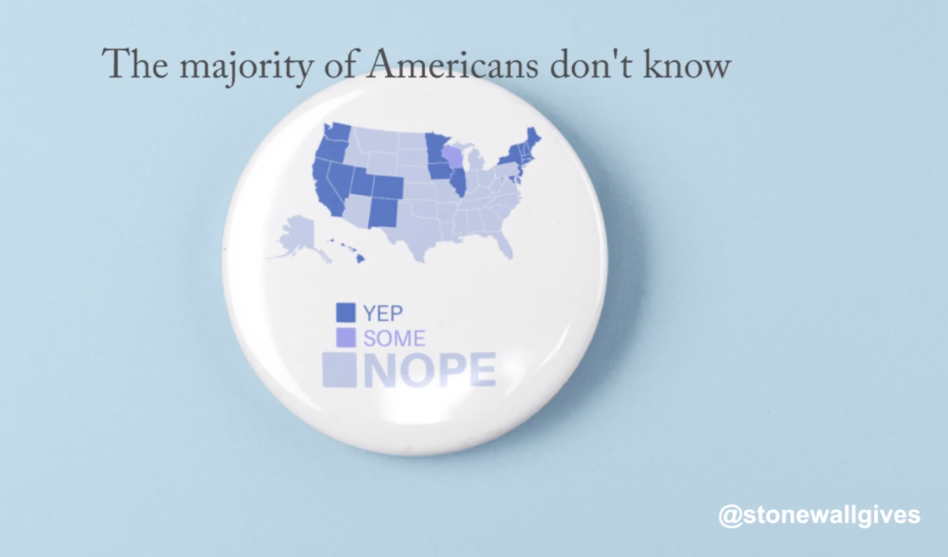 Same-sex couples have been able to legally marry in the United States since June 26, 2015 — just a little more than four years ago.

But, as a video from The Stonewall Gives Back Initiative points out, “Marriage isn’t everything.” In many places across the country, LGBTQ people can still be legally discriminated in employment. We can be fired — even not hired in the first place — because someone doesn’t like the fact that we are LGBTQ.

But on Tuesday, Oct. 8, the U.S. Supreme Court will be hearing three cases regarding anti-LGBTQ employment discrimination. A ruling that LGBTQ people are protected under existing civil rights laws would be a huge win. But should SCOTUS rule the other way, thousands of us across the country face losing our jobs, and thousands more will likely be forced back into the closet in order to keep their jobs.

The Stonewall Gives Back Initiative’s 60-second video (watch it below) laws out the basic info and then extends an invitation to everyone who can to participate in a rally at the steps of the Supreme Court on the morning of the hearing urging the court to rule on the right side of history.

The Stonewall Gives Back Initiative  is a “new, nonprofit charitable organization inspired by the struggles and ideals of the LGBTQ rights movement” and “dedicated to providing educational, strategic and financial assistance to organizations that serve marginalized LGBTQ Americans that live in our nation’s largest cities to our nation’s most rural communities,” according to the SIGBI website.

The Stonewall Inn is the New York bar that, in June 1969, was the site of the riots commonly known as the birth of the modern LGBT rights movement.