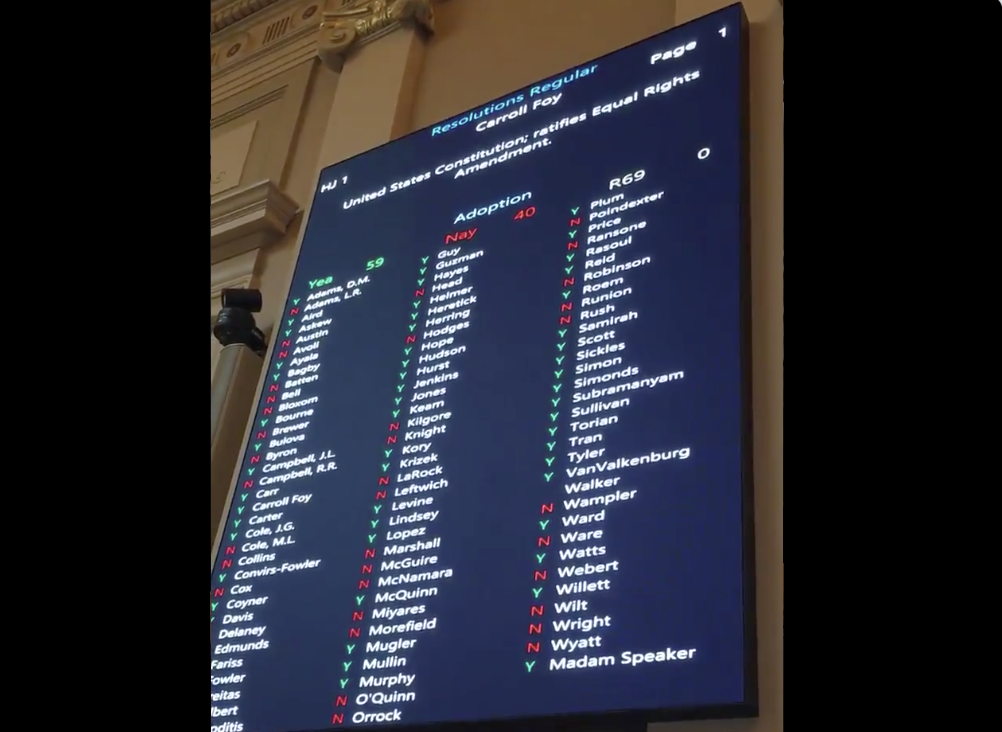 The Virginia House of Delegates just voted to ratify the Equal Rights Amendment as the 28th Amendment to the Constitution of United States of America, according to Virginia state Rep. Danica Roem.

He amendment is short and to the point. It reads: “Equal rights under the law shall not be denied or abridged by the United States or any State on account of sex.”

The first state to ratify the Equal Rights Amendment was Texas.

When Congress approved the amendment, sending it to the states for ratification, they set a deadline of March 22, 1979. By 1977, the amendment had 35 of the 38 votes needed to add the amendment to the U.S. Constitution. Then Phyllis Schlafly founded the Eagle Forum and made a national name for herself campaigning against the amendment.

Since then five states — Idaho, Kentucky, Nebraska, Tennessee, and South Dakota — voted to rescind their ratification. Nevada voted in 2017 to approve the amendment.

Where the amendment stands is unknown. Are the approvals and revocations that occurred after the congressional deadline legal? Litigation is sure to follow.