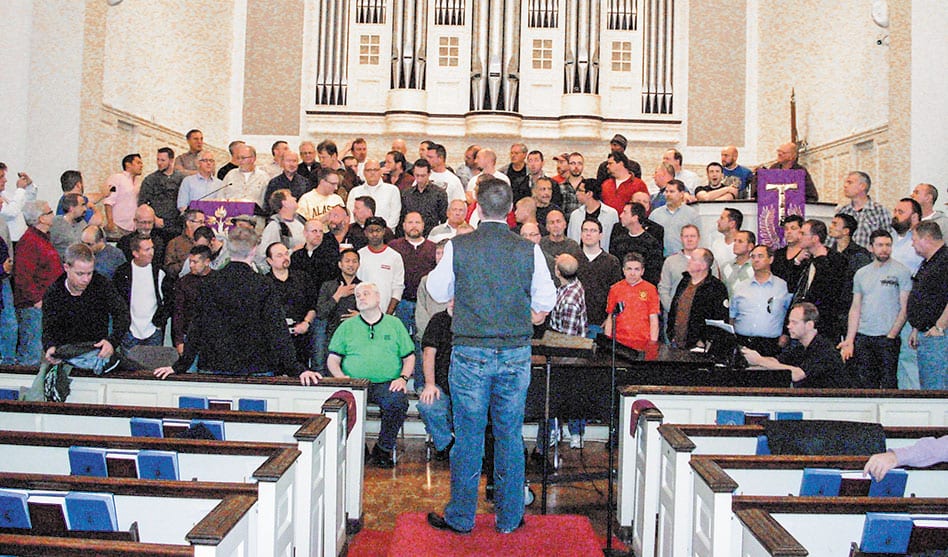 The chorale finishes out its season with a 3-night concert, a sendoff performance, a regional tour and more

The Turtle Creek Chorale begins one of the busiest months in its history with its main stage summer concert, Outlaws, followed by its regional Friendship tour.

OUTLAWS
The chorale finishes out its concert season with Outlaws, its homage to country music with some Tammye Wynette, Johnny Cash, Dolly Parton and more, on June 8-10.

Artistic Director Sean Baugh never considered himself a country fan but said he always loved Dolly. Somehow, he said, he just never thought of her as country.

But as he spent the last year listening to country music, taking suggestions from chorale members and studying the genre, he put together a concert that he called “entertaining, light and fun” with lots of dancing and something for everyone.

In addition, he developed an appreciation for country music.

“The messaging is very inspirational and uplifting,” he said, despite all the songs about heartbreak and “my dog left me, my woman left me.”
Chorale members helped convince him this was a great idea for a concert.

He said he’s gotten more suggestions for this concert than he has for any other.

“So many members are avid country fans,” he said. “Every member has a favorite song.”

He got caught up in the Johnny Cash debate — is he country or rock and roll? Baugh decided Cash had to be included.

What surprised Baugh as he listened to lyrics was how much of country music is revolutionary music with a message, and he can’t ignore a message in his music. So the Judds’ “Love Can Build a Bridge,” Underwood’s “So Deep” and the Dixie Chicks infamous “Not Ready to Make Nice” are all part of Outlaws.

DMA
The following weekend is equally busy for the chorale.

On Friday, June 15, soloists from the chorale will participate in the Dallas Museum of Art’s monthly Late Night. This month’s Late Night is part of an Arts District Pride celebration.

Chorale members will perform at 6 p.m. to open Late Night in the atrium under the Chihuly glass. They’ll repeat their performance several times through the evening.

TEMPLE SHALOM
The chorale kicks off its Friendship Tour with a performance at Temple Shalom, in Far North Dallas on Hillcrest at Alpha Road, in a June 16 performance that’s co-sponsored by Temple Shalom LGBTQ Pride, the synagogue’s own LGBT group, and Congregation Beth El Binah, Dallas’ predominantly LGBT synagogue.

He called the evening a hometown sendoff on a red state tour.

“It’s two hours of some of the most beautiful, uplifting Turtle Creek Chorale music you’ve ever heard,” Baugh said.

FRIENDSHIP TOUR
The Friendship Tour from June 21-24 begins in Tulsa, moves to Little Rock — including a stop at the Clinton Presidential Center, — continues in Shreveport and wraps up in Tyler.

Performances will be in churches rather than concert venues. Baugh said performance halls automatically create a wall between performer and attendee. Churches don’t have those barriers. He wants people coming to the concerts to find common ground and hopes to build bridges.

The idea for a friendship tour came after the election.

“The idea came from a place of necessity,” Baugh said.

Tim Seelig, recently did a friendship tour through the Deep South. The Washington Gay Men’s Chorus did a similar tour through cities to its southwest.

Baugh decided he wanted to visit nearby cities with which he and other chorale members had connections. Tulsa is Baugh’s hometown. And about eight years ago, the chorale performed at First Presbyterian Church in Tyler. He said he wanted to renew that friendship.

What surprised him when he visited churches in the other three cities was the warm reception he received.

“One church took us into a room to pray we would perform there,” he said.

He hopes the audiences are filled with two types of people — those in the LGBT community who don’t have the benefit of community support and those “who are curious about us but don’t find themselves in alignment with what we believe.”

The River City Men’s Chorus, a men’s chorus, but not a gay-identified choir, will join the chorale for its second-night performance. Turtle Creek Chorale’s Director of Operations Jeremy Wayne grew up in Little Rock and helped make that connection.

Baugh said 175 chorale members will go on tour and, other than time off from work, they won’t have to pay their own expenses. Fundraising through the year will cover expenses.

Although the out-of-town concerts are free, reservations are suggested, especially for the Tyler concert that’s filling up quickly. Tickets are available at TurtleCreekChorale.com.

Tickets for Outlaws at City Performance Hall and the concert at Temple Shalom are available to purchase online or at the door.