‘Tis the season (for condemning the Salvation Army) 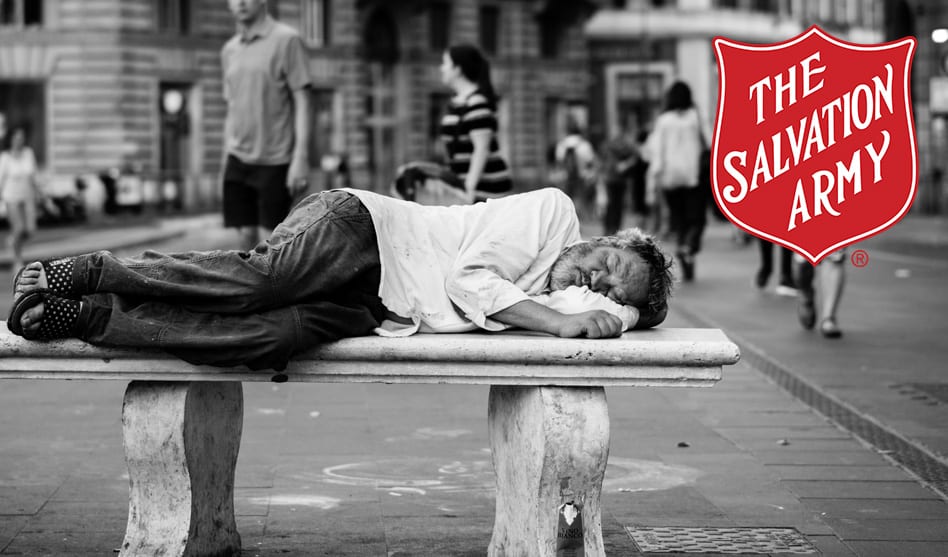 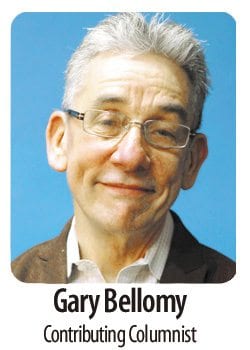 What would the holidays be without the annual ranting about the Salvation Army? Already the traditional social media postings have begun making the rounds — each one delivered in the hope that it will go viral.

Most everyone is aware of that religious-based agency’s well-documented history of discrimination towards the LGBT community. We’re also not finding much credence in the double-speak issued by the national headquarters’ public relations department trying to challenge this reality.

We are justified calling out the Salvation Army. In the past, LGBT advocates have demanded a written apology in the midst of what Salvation Army calls its efforts to be inclusive. But getting an apology from any organization for its ill treatment of LGBT people is extremely rare; having a religious entity admit that we deserve their concern is even more of a pipe dream.

But I just don’t know if the LGBTQ folk direly in need of shelter share our activist concerns. A warm place to sleep safely overrides the demand for justice and inclusion that many of us dish out from our own positions of privilege.

Last year, about this same time, I lobbed my most scathing — and now final — salvo at the Salvation Army. And then a few days later, a longtime friend and former employee challenged my viewpoint.

Kira Bergman Casimir had gotten her college degree and had become a family violence counselor at the Dallas Salvation Army shelter. She asked me to meet her there so she could introduce me to the Dallas operations director, Blake Petterman. I agreed, and I ended up spending a long time talking to these two women.

My takeaway was that Blake is the real deal. She has a firm grip on the hard realities of homelessness. She made the effort to help me move away from my own personal level of comfort so that I could begin understanding the issue. She also has a very developed insight into the LGBT community. The shelter under her watch has been criticized. So she listened. And she made changes.

Today, in 2018, the Dallas Salvation Army is, in my opinion, the safest and most accepting of all the area shelters. It’s not perfect. But it is what’s available. And it serves well the needs of the homeless in this community.

These are needs of which we more privileged types have only surface knowledge. Leaders in our community, including transgender advocates, support Ms. Petterman and her staff’s commendable efforts. In Dallas, at this moment, the Salvation Army is fulfilling its mission of providing shelter in a dignified manner for the homeless, including includes LGBT people. Let us hope this continues.

I have seen and worked with a few Blake Pettermans during my time as an activist. They are gold. They have a vision that transcends the organizations that employ them.

It seems to always involve a religious entity sworn to service for the higher good of everyone. But beneath the surface of their lofty goal is the nagging reality that keeping their promise includes accepting and helping a group that they, in their moral superiority, deem sinful and thus, unworthy.

But somehow, progressive individuals like Blake Petterman managed to find rules within these agencies supporting their vision of truly working for the good of all. Their work is brilliant, and it allows them good leverage.

But change is inevitable. The day arrives when that progressive person is no longer at the helm, and assumptions have a tendency to quickly revert quickly when they are gone. When that happens, our LGBT community is so often left scrambling.

The maddening part is these organizations insist on trying to maintain the illusion of inclusiveness, even though they’ve made their real position very clear through their actions. And their message to LGBT people is always the same: We will let you in, but only if you stay quiet about your identity.

That way, they convince themselves they are delivering on the promise of their mission, while at the same time not letting us sinners taint their piety.

I am feeling good about Blake Petterman. Between her incredible work and the national body’s bumbling efforts to make it totally clear they embrace LGBT people, there is an optimism that the services they provide in Dallas will be maintained and serve as a constructive model for the rest of the country.

Add into this conversation Oak Lawn United Methodist Church, a church in the heart of the gayborhood that at one time turned its back on the LGBT community. Today, the two lead pastors at the church, Rachel Baughman and Heather Gottas, are making strides to develop their ministry for the homeless of the Oak Lawn area. They initiated an emergency shelter effort during a bad freeze last winter and were so moved by what they experienced that today they are creating a real program.

Since the early 1990s when Oak Lawn UMC closed its doors to the LGBT community, a faction of the UMC has become all-inclusive and welcoming. This church is part of that movement and does broad outreach to LGBT people. They have also apologized for abandoning their LGBT neighbors in the past.

Both of these organizations deserve our praise and financial support. Now is the time for the Dallas LGBT community to establish services that concentrate on the needs of homeless LGBT. Housing is incredibly difficult to establish. This is our best hope.

We are a community that has proven it can accomplish the near-impossible. But we have to abandon our uninformed high ground and commit to doing the work if we hope to make that happen.

We all want to say we are concerned about the homeless. But the unfortunate truth is that few of us really want to get that close. So we have to choose between joining an effort already underway or abandoning the notion that we actually care.

And choosing to be involved means setting aside our preconceived notions about homelessness and actually listening to what homeless people tell us they really need to survive.  █