The importance of marriage equality 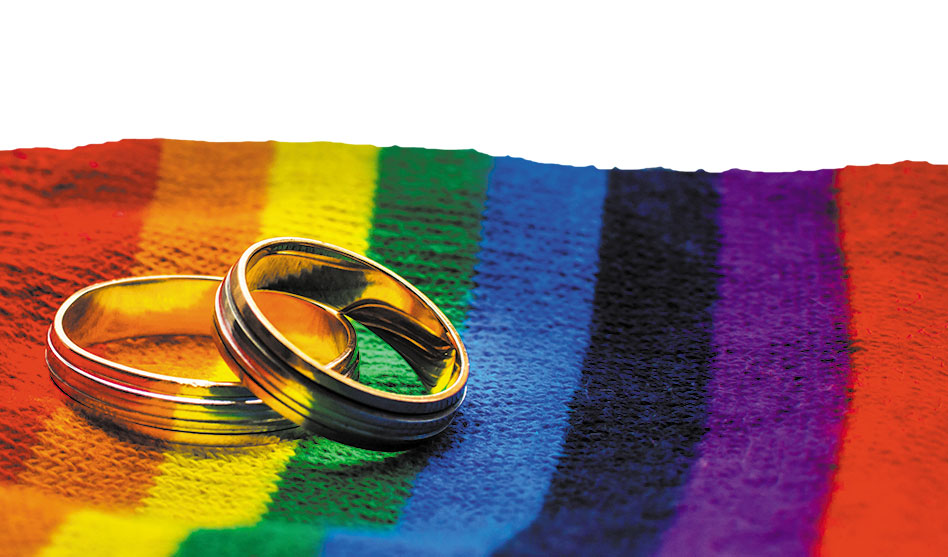 The time is right, so I want to share something that illustrates the importance of equality and equity in general, and Pride month in particular. As some of you may know, my dad is gay. He came out in the late 1990s.

He met his future husband, Troy, in 1999. They initially lived in Arkansas and then moved to Dallas, Texas. As one might expect, neither of those states were exactly friendly to the LGBTQ community.

As an additional factor, Troy is African-American. While not an issue for many of us, even heterosexual mixed-race couples still face occasional stigma. And given that Loving v. Virginia was only decided in 1967 (just seven years before I was born), one might see why such relationships still face obstacles.

Despite that, they lived their lives on their own terms. In 2006, Dad was diagnosed as HIV-positive. The very first thing he did was tell Troy. It was a difficult time for Dad. Troy stuck with him the entire time and provided the love and support that most of us hope we receive in the face of such difficult news.

As they persevered through that together, I would occasionally ask them about their thoughts on same-sex marriage. They both said they would like to be married but that they still felt as though that was a societal approval of something that they already knew was right. Despite that, they both adamantly agreed that marriage equality needed to happen to ensure the rights of others.

Thankfully, the Obergefell decision legalized gay marriage nationally. And in 2018, Dad and Troy were married after having been partners for over 19 years. While that was, in and of itself, very important, let me continue the story to explain why.

In late 2019, Troy was diagnosed with late-stage cancer. After over a year of valiantly fighting, and with Dad by his side the whole time, Troy passed away on May 5, 2021. Dad was there for that as well.

Marriage equality is what allowed Dad to be by Troy’s side and allowed him to be intricately involved in the medical and end-of-life decisions that many married couples take for granted.

Sharing our lives with someone is for many of us a very basic human need and a right that we need to protect. Our legal system cannot and should not be used to separate people from each other or from their rights.

So anytime you see someone attempting to subvert those rights, or in any way demean or repress other humans because they happen to disagree with their lifestyle, I urge you to think of my Dad and Troy.

I also urge you to think of how important it is for a spouse or partner to be involved with some of the most important decisions we will ever experience. And when you think of that, I urge you to follow through and be active in protecting those rights for everyone, regardless of whether or not you happen to agree with their lifestyle.

Thank you for taking the time to read this. Happy Pride Month to you all. Hold fast and keep fighting the good fight.