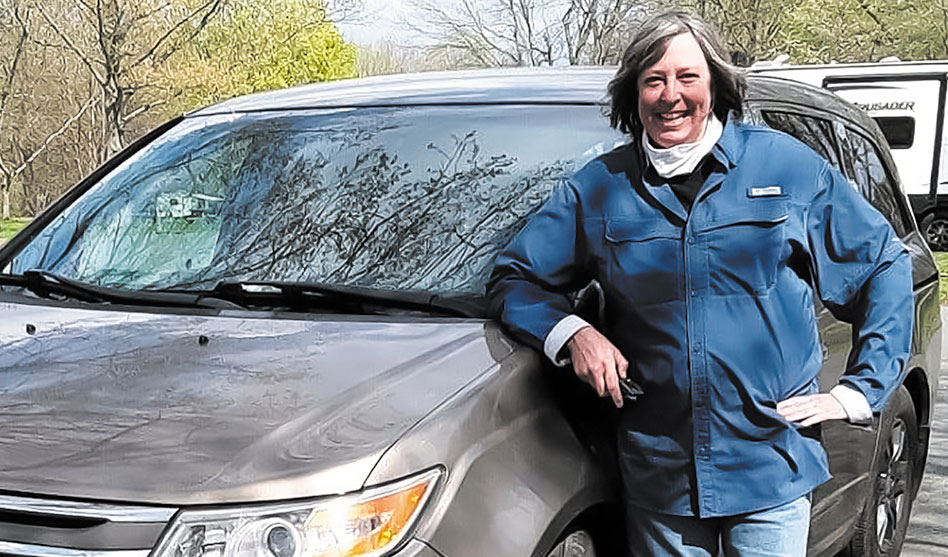 After COVID destroyed her retirement dreams, Jen Mullin set out on a new adventure. Then a hug with a stranger changed that adventure in ways she never expected

It started with a post on Facebook: “OK, so I did not make it to Maine today. Instead, I drove, endlessly lost, in the mountains of Vermont. Internet connectivity is not the greatest, so when I lost navigation, I tried to wing it on my own. This was not a good idea, as I have no sense of direction.”

That was on July 2, and it was posted by an old friend of mine, Jen Mullin, who had recently sold her house in New Jersey and started a new adventure, traveling the country in her minivan-decked-out-for-camping. I had been following her story through her Facebook posts, a little bit anxious for her as she has turned her life upside-down, and a little bit envious of the adventures she would have. 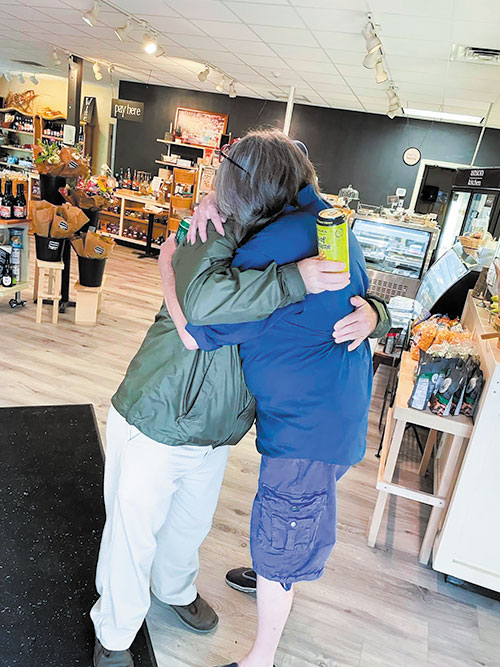 On July 3, Jen followed up with another post: “Ok, so — I did make it to Maine, but I feel like I am doing this Van Life thing all wrong. All I do is hotel and motel hop, all across the U.S., I hardly feel proud. I drove five hours in torrential rain, complete with thunder and lightning, and ended up in some small beach town here in south Maine … good enough. I don’t care where I am anymore. … The storm wore me out, so I am in another epic yet freaky hotel, off exit 5, that had no more creativity than to name this hotel, the Exit 5 Hotel. I am going to get some lobster before I head west though! I have not come this far for nothing, but I am totally over the East Coast. Heading West in the morning.”

As I read that post, just kind of as a joke, I replied in the comment thread. “Wait!” I told Jen. “I have a friend, a guy I used to work with named Glenn Shelton, who lives in Portland. Before you leave Maine, go to Portland and find Glenn. Give him a hug, and tell him it is from me.”

Like I said, I was joking. But Jen was up for the challenge, telling me OK, sure! She’d do it. All I had to do was give her an idea of how to find Glenn and what to say to him so he would know that she was there on my behalf.

So, I told Jen where Glenn works — he is the sales and relationship manager for Maine Foodie Tours in Portland — and I posted on Glenn’s Facebook page, telling him that if a woman named Jen driving a minivan showed up telling him she was there to give him a hug for me, then yeah, she was legit. But I didn’t really expect her to find him.

And yet, she did.

“I’m on it!” she told me via Facebook. Then, as we messaged back and forth, “Perfect! I suddenly have purpose!” And she found Glenn, and she gave him a hug from me. 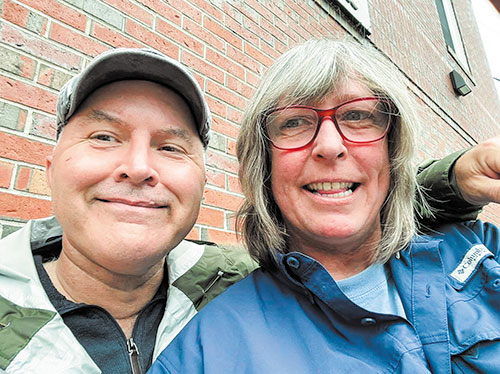 She posted about the encounter on Facebook: “He runs a tour company in downtown Portland, and I caught up with him as he was giving a tour of a special food store. He broke away from his tourists for a minute, and we bear hugged. He set me up with a couple great local beers too! His crowd of tourists smiled when I said, ‘Don’t mind me; I just travel the U.S. and hug total strangers for friends!’

“This really felt wonderful,” Jen continued. “I said, ‘This hug really is from Tammye,’ and he knew she had been thinking of him. Simple, perfect. Any one need a friend hugged in Maine? I am on it!”

Hearing her tell about finding Glenn and giving him a hug and how good it felt to connect that way with a complete stranger and, at the same time, help old friends reconnect — it really did feel like getting to hug my friend myself.

Glenn commented on the Facebook thread after he met Jen: “Tammye Nash, I have to say Jen Mullin gives the best hugs ever! We laughed so hard in the short time I was able to break away from work. She’s a sweetheart!”

I told him that this whole encounter made me happy, and I told him I missed him. “I miss you too,” he answered. “And it made me so grateful and happy that you would think of me, and that Jen would stop on her journey to give me a hug. It’s very, very much appreciated.”

Human connection — it’s something we all need, and something we’ve all been missing so much this last year-plus, maybe for some much longer than that. And now, Jen Mullin feels like she has found a mission to help some people rediscover what they have been missing while at the same time rediscovering herself.

How she got to here
Jen was raised here in Texas, and, she said, “Dallas was my romping ground” for several years until, in 1996, she moved to New Jersey for work. For about 23 years, she worked as operations manager for a company that does Santa Claus photos. “I ran camera operations for more than 600 malls,” she explained. “It paid very well.”

So well, in fact, that Jen had already purchased land in Belize and was having a home built there. She intended to retire and live out her retirement years in her own slice of paradise. Then came COVID.

The Santa photo business, Jen said, was “another industry that silently disappeared.”

She lost her job to the pandemic, and “I am too old to ever earn that much again.”

Because she lost her job and her income, she saw her plans for the future fade, too.

“I lost the land in Belize,” she said, “my dream retirement with a half-finished home on almost an acre of jungle. With no job to fund it and no way to even enter the country, it became impossible to continue. I sold it in June 2020.

“And I got very depressed.”

And it wasn’t just her future home she saw slip away; her current home was in danger, too. “My farmhouse in New Jersey was over 100 years old and in constant disrepair.

And with no job, I felt compelled to sell it.”

But then what? What, she wondered, would she do with herself then.

“I had always wanted to live in a Winnebago when I was a kid, and I had followed the van life trend for years before losing my job,” Jen said. “So, I replaced my sadness with the idea that everything happens for a reason, and I decided that now might be my time to hit the road, to travel the U.S.A. a bit.

“So, I woke up one random Thursday morning, and I took my car to a dealer and traded it for a used minivan. I named him [the minivan] ‘Thursday,’ because it only takes one impulsive day to change your life,” Jen said. “Then I got rid of everything that I could not fit in the van and sold the house. And then I realized, ‘Oh shit! I am really doing this!’”

Jen has been on the road for about a month now, and she admits that “it has been a challenge in some ways, but not the ways I expected.”

She continued, “I love sleeping in my cozy van. I intended to see friends and family, but instead, in these first weeks, I have felt determined to get myself together first and be good at this van thing before I pull up in someone’s driveway that I know.

“What I didn’t expect was that always being among strangers is odd. Campgrounds can ruin camping; weather changes everything, and it can be lonely,” Jen said. “So, when my friend asked me to hug her friend, I thought, I will! I’ll do it!”

From here on
Now, Jen feels like she is traveling with a purpose. She knows that wherever she is headed, there’s probably going to be someone there who knows someone she knows.

And maybe that someone needs a hug, delivered by a friend of a friend. Or maybe they aren’t going to be comfortable hugging a stranger. So maybe they’ll share a fist bump, or a cup of coffee at a sidewalk café. Maybe they’ll just wave and shout greetings from a distance.

But however it happens, they will be making a connection, and Jen knows she can be the spark that can make connections come alive.

You can follow Jen Mullins either by finding her on Facebook, or by following her still-under-construction blog, Mullin & Van, at MullinVan.WordPress.com. Watch to see where she is headed next, and if she is going somewhere that you have friends or family that you miss, maybe she can hug them for you, the same way she hugged Glenn for me. Like Glenn said, Jen gives the best hugs ever — strong enough for you to feel them, miles away.