The battle for the Senate 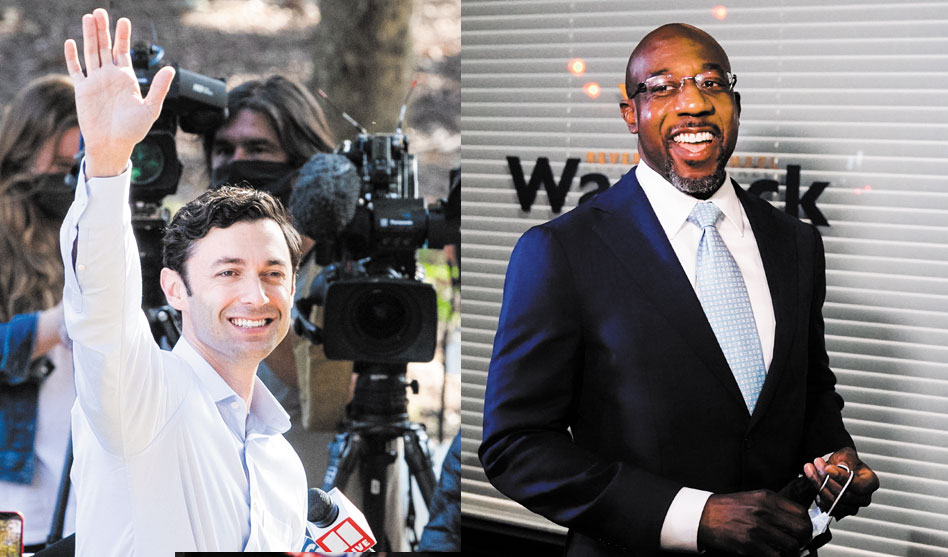 Georgia has very quickly become ground zero in the battle to protect LGBTQ equality and to, once again, stave off attempts to undermine American democracy.

He was speaking with other Georgia LGBTQ leaders to Project Q Atlanta, an LGBTQ news website, just days after the Nov. 3 presidential election and key Senate races around the country.

As the dust settles around most of the U.S. Senate races, the partisan makeup of the next session stands at 50-48, in favor of the Republicans after races in North Carolina and Alaska were called for the Republican incumbents on Wednesday.

The Democrats, however, still have a chance to take control if two Democratic challengers in Georgia can win their runoff elections. Georgia state election officials have announced a hand recount of all ballots, but the recount is unlikely to change the current status — with Biden winning the presidential race there and earning Georgia’s 16 electoral college votes.

If both Democratic challengers win in the Senate runoffs, the count will stand at 50-50.

(When there is a 50-50 split in the Senate, the tie is broken by the vice president, who next year will be Democrat Kamala Harris.)
“Biden’s hands will absolutely be tied across the board on every issue, including LGBTQ issues,” Smith said, if Republicans win both of the seats from Georgia.

Lucas Acosta, a spokesman for the Human Rights Campaign, said his group “will be making some announcements in the coming days on Georgia, but I can say we will be heavily involved.”

HRC has been heavily involved in Georgia since last year, when it partnered with Stacey Abrams’ Fair Fight organization to combat voter suppression in Georgia. HRC promised a six-figure contribution to Fair Fight, saying that while voter suppression efforts are primarily aimed at people of color, “it has also harmed LGBTQ Americans.”

Smith, who is also a law professor at Emory University, said the outcome of the two Georgia run-off elections will control not only the types of judges Biden will be able to appoint but “whether he’ll get to appoint judges at all … [as well as] the type of people he’ll be able to appoint to his cabinet and pro-equality legislation.”

Jeff Graham, president of the Equality Georgia board, told Project Q Atlanta that the LGBTQ community needs to do “hard work for the next nine weeks.”

These two run-off races are happening because none of the four major party candidates for U.S. Senate in Georgia managed to get at least 50 percent of the vote during the Nov. 3 election. The top two vote-getters in both races now square off on Jan. 5.

Warnock garnered 340,000 more votes than Loeffler on Election Day 3, but a second Republican in the race took away 979,000 votes from Loeffler. Warnock can hope to pick up the 459,000 votes siphoned away by two other Democrats on Nov. 3 race, but it’s clear the race is going to be tough.

Democrat Ossoff received 88,000 fewer votes that his Republican opponent Perdue, but there was one other candidate on the ballot: a Libertarian who won 115,000 votes.

U.S. Attorney General William Barr sent out a memo Monday, Nov. 8, directing all U.S. attorneys to investigate any “substantial allegations” of voter fraud anywhere in the country before states certify their election results.

Georgia’s Republican Lt. Gov. Geoff Duncan told various news outlets today that his office has been monitoring for “any systemic examples of fraud or voter disenfranchisement” in the state and “have not had any credible examples. ”