Tennessee on a roll 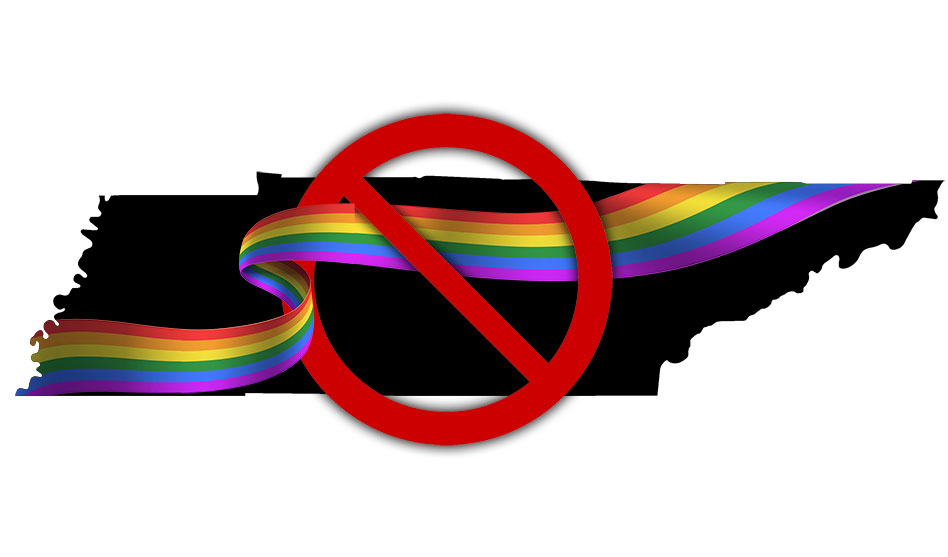 The state legislature is slamming LGBTQ folks right and left, and the Tennessee LCR is cheering them on.

Tennessee is on an anti-LGBTQ roll, y’all. You may remember that I wrote about how gay country music star T.J. Osborne was supposed to get honored by the state legislature via a resolution — until a Republican, Rep. Jeremy Faison, stepped in and said, “Uh, no. Too gay.”

This pissed a lot of people off because it seemed so, well, petty. Like, let Osborne have his day, you know? It’d be a cool thing for LGBTQ kids to see … . Oh, wait. We can’t let kids know LGBTQ people exist, let alone that happy and successful LGBTQ exist, or the kids will all want in on the LGBTQ action.

Now, if a teacher wanted to give a lesson including the legislature’s snub of Osborne, however, that teacher would have to wait 30 days to give parents sufficient warning that LGBTQ stuff was going to be discussed.

According to The Advocate, Gov. Bill Lee, a Republican, “signed a bill into law requiring schools to give parents a 30-day notice about any lessons that deal with sexual orientation or gender identity and allow the parents to opt their children out of that instruction.”

This’ll solve the problem of kids “turning” LGBTQ, because no doubt the reason LGBTQ people that are, say, my age exist is because of the rampant pro-LGBTQ curriculum of the 1980s and ’90s in public schools, not to mention all of the clubs and supportive teachers and the Pride parade down every hallway.

I’m kidding, of course. There was less than none of that back then. But that did not stop me from going full lesbian. I even drive a Subaru.

Of course, I realize that Gov. Lee and the members of the legislature who hurled this bill onto his desk don’t believe that it will be an end to a new generation of queer kids. Not literally, anyway. Their goal is to send a signal that LGBTQ people are damaged and deserving of the hatred and oppression coming their way.

The cruelty is the point.

It reminds me of when then-GOP presidential candidate Mitt Romney said he was in favor of “self-deportation,” which meant making life in the U.S. so unbearably miserable for immigrants that they’d just choose to leave themselves. (Keep in mind that he’s now considered the World’s Most Reasonable and Decent Republican, so, you know, yikes.)

Representation matters. This law precludes history classes from including the Stonewall Riots, Obergefell v. Hodges and Pete Buttigieg, or teaching that Ronald Reagan was a trash president who refused to even say “AIDS” while scores of gay men died.

Not to mention the complete absence of LGBTQ people from sexual education classes, whatever that means in Tennessee. It’s not like there’s any kind of national standard for sex ed, and it tends to vary from school to school, with some schools being like, “Hey, here’s an inclusive and comprehensive education that will teach you to respect yourself and keep yourself safe,” while other schools are like, “Chew up this piece of gum and look at it, that’s what girls become if they have sex before marriage.”

Disgraceful is the right word, but, sadly, this kind of shit isn’t uncommon.

According to HRC, “Tennessee is one of 30 states that has introduced a slate of discriminatory, anti-LGBTQ legislation this session.” And who can blame them, really? It’s not like there are a lot of pressing national concerns right now.

Oh, wait (touches earpiece): I’m being told that COVID-19 is still a thing. Also something about all hell breaking out in the Middle East. Global warming. Bridges and roads turning to dust. Racism. Police brutality.

The Log Cabin Republicans of Tennessee are definitely not helping. I’ve long been disgusted with LCR — they endorsed Trump, remember? And the Tennessee group’s response to the whole T.J. Osborne resolution is, well, downright bizarre. They posted a statement on Twitter that is the definition of “cringe.”

Written as if by Gay Sass Bot 2000, it reads in part, “None of us got resolutions when we came out — and we were a lot younger than Osborne. Don’t expect rainbow confetti and a ticker-tape parade just for liking boys, hunty. Shut up and sing.”

You’ll remember that “Shut up and sing” was directed at the all-female country music group The Chicks back when they had the nerve to oppose the war in Iraq and criticize George W. Bush. So, you know, classic move.

LCR also included statements that could’ve been written by the Family Research Council, like, “This is America, not gender studies class,” and “Legislative sessions are NOT coming out parties.”

All this statement does is reinforce my belief that conservative comedy is an oxymoron, and Log Cabin Republicans are sad and pathetic people.

D’Anne Witkowski is a writer living in Michigan with her wife and son. She has been writing about LGBTQ politics for over a decade. Follow her on Twitter @MamaDWitkowski.