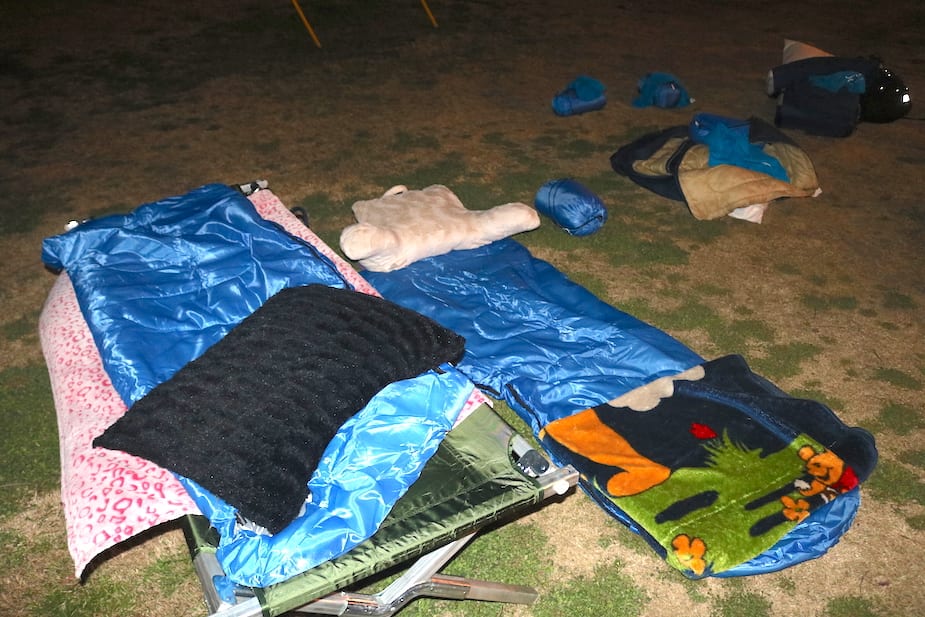 Sleepers staked out their campsites to raise awareness of youth homelessness at Promise to Care on the Ron Kirk Bridge on the night of March 7. (David Taffet/Dallas Voice)

I missed the sunrise yoga and breakfast on the Ron Kirk Bridge this morning (March 8), but I did see 60 people get ready to spend a night on the bridge to highlight the problem of youth homelessness.

Promise to Care, a fundraiser for Promise House, moved this year from the agency’s parking lot in Oak Cliff to the pedestrian bridge to bring more visibility and awareness to the problem.

The evening included a screening of Lifetime’s I Am Somebody’s Child: The Regina Louise Story with Regina Louise attending and speaking after the film. That was followed by a panel discussion with Promise House staff and two former residents.

The closing ceremony took place at 11:30 p.m. so that sleepers, who had already staked out their campsites, could get to sleep. The event raised more than $125,000 for the organization that houses about 135 youth and works with more than 1,000 young people and, in some cases, their parents.

Promise House Chief Development Officer Cobi Gray said we don’t know just how many homeless youth there are in Dallas County, but DISD tells us they have 3,500 homeless youth attending school. Finding those who dropped out is more difficult. During last month’s Homeless Youth Survey, Promise House and other agencies surveyed 183 youth on the street. The largest number in one area were found in Seagoville and Mesquite.

That’s because many youth couch surf, but are housing unstable.

“The stay with friends,” she said, “but they never know how long they’ll be welcome. Wondering where the next meal will come from keeps them from focusing on school.”

Gray said there’s a stigma to youth homelessness. People think youth who ran away from home simply refused to follow the rules. Most of the youth that Promise House sees who left home, did so because they felt safer on the street than at home.

“And about 30 percent of homeless youth are LGBT,” Gray said. “Most of those have been thrown out of their homes by their parents.”

Donations to Promise House can be made online. 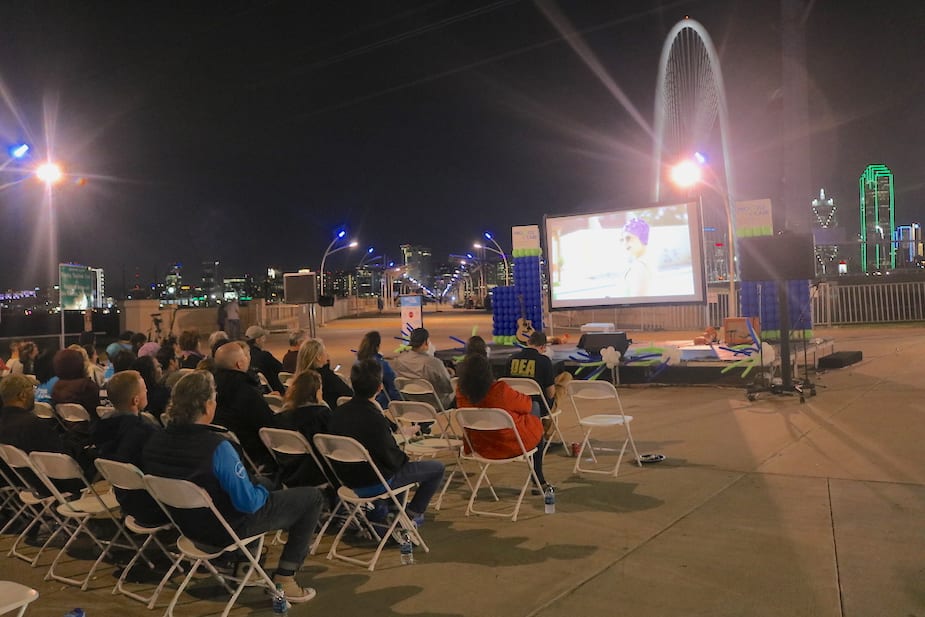 With the Dallas skyline in the background, Promise House supporters watched the film I Am Somebody’s Child: The Regina Louise Story. (David Taffet/Dallas Voice)