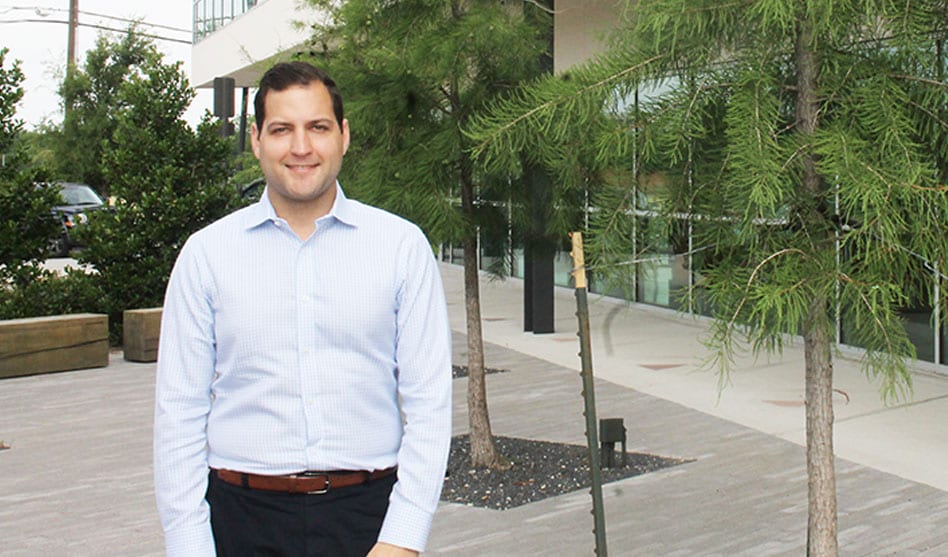 Resource Center recently added Patrick Hanley to its advocacy staff to work on issues affecting the LGBT community. Rafael McDonnell, who recently celebrated his 10th anniversary with the organization, created the position to work with local governments and agencies, as well as with the state and federal government.

Hanley moved to Dallas from London where he earned his masters degree from the London School of Economics. Before earning his graduate degree, he worked in Washington, D.C., where he worked in the Capitol for his home state senator, Bill Nelson, D-Fla.

His other previous experience included a stint as a policy associate for Human Rights First, where he focused on issues that included counter-terrorism, torture and closure of Guantanamo. In his work, he said, he went to Guantanamo where he observed military trials being held for detainees.

After living in D.C. for eight years, Hanley said he decided he wanted to get out of the “bubble” and chose to continue his studies in London for a complete change of environment.

“Most people cringe when I say I’m living with them,” Hanley said of his in-laws. “But I love them, and I came to know about Resource Center through them.”

His partner’s parents, he explained, are active in P-FLAG and other LGBT work in Tarrant County.

About his new job, Hanley said, “I was looking to do something with local impact.”

Hanley said he was still in learning mode, going out into the community and meeting people, but he has a lot of ideas for his new position.

“Texas is important in the fight for LGBT equality,” he said, suggesting that the state lags behind other large states in providing adequate protections. He said a top concern for him and Resource Center is the 2019 legislative session.

“Bringing back the bathroom bill was on the GOP primary ballot,” he said.

That issue took up most of the special session of the Legislature in 2017, but next session Speaker of the House Joe Straus won’t be back to derail future attempts to regulate whether transgender people may use public restroom facilities as he did in the last session.

He said he has found storytelling to be the most effective form of advocacy. So he said he wants to hear from people with great stories to tell that are willing to tell those stories to Texas’ decision makers.

In the 10 years Hanley has been working in public policy, he said he’s seen a lot of change. He said working with allies has always been an effective tool for him. When he was working on torture issues, Catholic bishops were a powerful ally who could speak to the issues with authority.

Locally, Hanley hopes to become a point of contact for the LGBT community. Employment situations, he said, are an example of how he might help individuals and create change for the community.

McDonnell said expanding the advocacy department has been a goal of his for years. “This will allow us to be more proactive as well as reactive,” he said. “The administration in Washington keeps us busy reactively.”

Over the years, McDonnell has worked with area school districts on their bullying policies. In May, he spoke to DISD board members about adding immigration status to the Dallas policy, and board members have pledged to add that at their next board meeting.

McDonnell has worked with Dallas County on its nondiscrimination policies and with DART on its transgender nondiscrimination as well as a 14-month effort to get the transit agency to add partner benefits long before marriage equality became law.

He worked with Texas Alcoholic Beverage Commission on a training program after the raid on the Rainbow Lounge and recently helped UT Southwestern develop an allies program for its medical students.

McDonnell said he was surprised how many people applied for the new advocacy position with Resource Center.

“Patrick brings Washington and international experience to the table that will be particularly valuable as we look at intersectional issues such as LGBT immigrants,” he said.