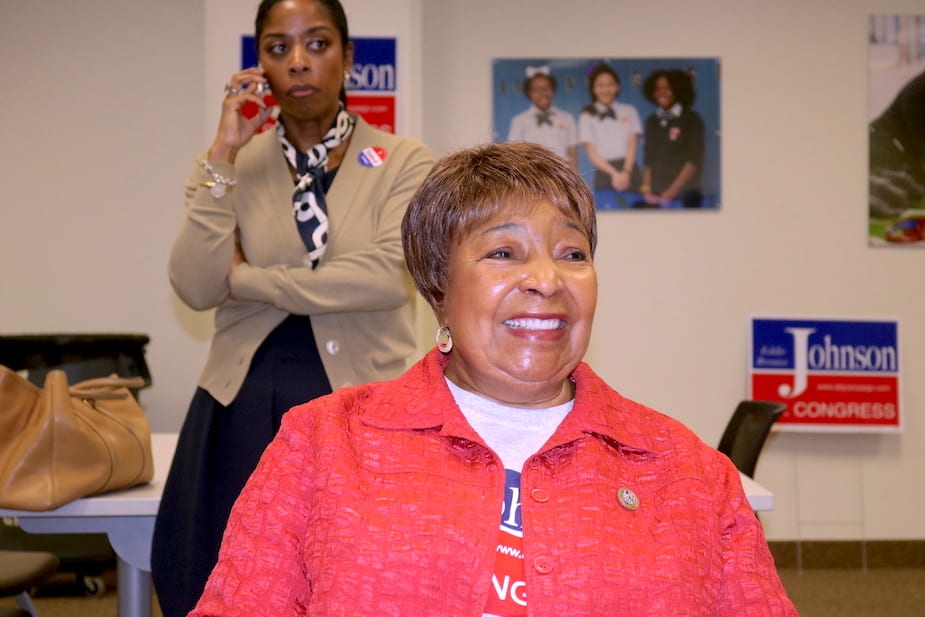 Rep. Eddie Bernice Johnson, shown here in a photo taken on election night, has been elected chair of the House Science, Space and Technology Committee for the 116th Congress, which began Thursday, Jan. 3. (David Taffet/Dallas Voice)

Rep. Eddie Bernice Johnson of Dallas was elected chair of the House Science, Space and Technology Committee as the 116th Congress began this week with the Democrats in control of the House. She is the first female and the first African-American chair of the committee, but she’s served on the committee for 26 years and has been instrumental in passing any bills relating to AIDS research since she entered Congress in 1993.

Johnson has very small shoes to fill, since she is replacing outgoing chair Lamar Smith, a right-wing Republican from San Antonio that didn’t seek re-election. Johnson has a science background with degrees in nursing, while Smith didn’t even believe in science, space or technology.

In our last interview, Johnson expressed excitement at being able to have serious discussions about funding cancer research, space exploration and new technologies, like driverless vehicles, without having to convince anyone that those things exist.

On a visit to Dallas last year, now-Speaker of the House Nancy Pelosi said Democrats rely on Johnson’s expertise when it comes to issues relating to science, space and technology.

“It is a great honor to be selected by my Democratic colleagues to serve as the Chairwoman of the Science, Space, and Technology Committee,” Johnson said in a statement. “I look forward to leading the committee as we pursue a constructive legislative agenda that advances our nation’s research, development, and innovation enterprise and conducting oversight that will explore emerging science and technology issues and the impacts of the Administration’s science policies on the public and the nation as a whole.

“We must ensure that our tax dollars are being used effectively, the use of science by our agencies is being protected, and our public health and the environment are not being endangered,” she continued. “In my 26 years on this committee, I have seen some of the best examples of what happens when we come together as lawmakers to work towards solutions. There is much work to be done. I hope that every Member appointed to this committee will join with me to find solutions for the challenges of today and tomorrow.”