Pushing up to equal 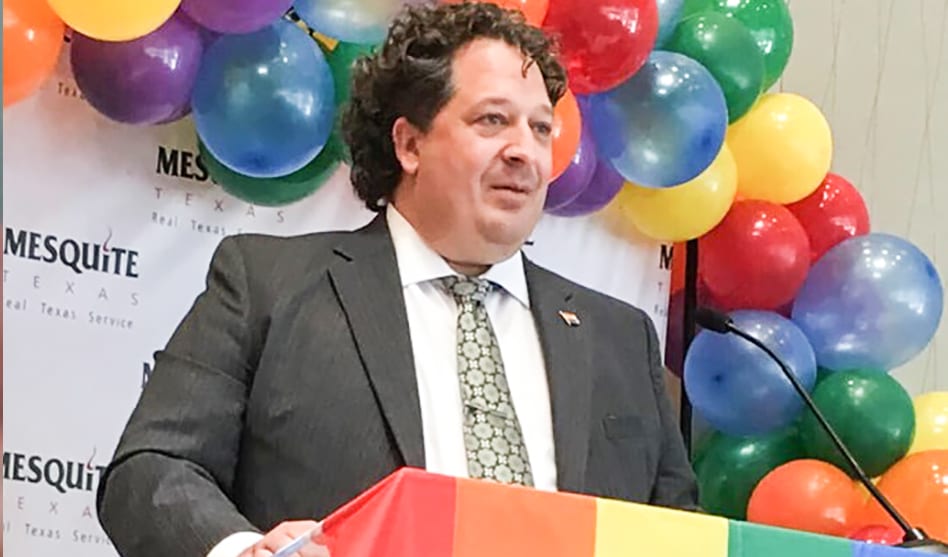 “We should be able to assume we’re going to be treated equally in the criminal courts building,” Phillip Clark, LGBTQ+ liaison to Dallas County District Attorney John Creuzot, noted this week.

While treating every person who’s a defendant or witness equally is a goal, assistant D.A.s and other employees bring their own experiences with them,

Clark said, so Creuzot has re-instated liaison positions within the office, including one for the LGBTQ+ community.

Clark said he’s not suggesting any special rights for anyone, but sometimes “we have to give a push to get them up to equal.”

Creuzot, he said, gave his office a fresh start.

“He invited me to make of this role as I could,” Clark said. “We opened with a quick response on two House bills,” that were being considered in the Texas Legislature.

Resource Center had contacted the D.A.’s office, and Creuzot responded with letters to two committees hearing bills relating to prosecuting crime. One regarded eliminating the “gay panic” defense. That’s when a defendant claims he committed a murder or other offense because he suddenly found out the victim was gay.

The other bill would have extended Texas’ hate crime law to include gender identity and expression and would have corrected language that uses the term “sexual preference.” That wording was a compromise Equality Texas and House Democrats worked out to attract a number of needed Republican votes at the time.

The state hate crime law is penalty enhancement legislation that increases punishment by one felony category if the motive of the crime was hatred against certain categories of people. Including transgender people as a protected category just gives a prosecutor another tool to use, Creuzot argued.

Both bills died in committee, but Creuzot’s support was noted by committee members and members of the LGBT community.

To aid him in his work in “bringing LGBT people up to equal,” Clark is putting together two boards. An LGBTQ+ task force will be made up of assistant D.A.s. Clark said he thought he’d find only a few people would want to become involved, but more than 20 have expressed an interest, mainly because of a case or someone they’ve met.

The other is a community advisory board that will be made up of a broad range of people from around the county to keep the D.A.’s office current on issues and trends in the LGBT community.

Clark envisions prosecutors using the task force as a resource in dealing with LGBT victims, witnesses and defendants.

“This is not because there’s a streak of problem prosecutors,” he said. “It’s to address the general concept of doing our jobs better.”

Anyone coming into the D.A.’s office as a witness is nervous, Clark explained. He’s seen transgender people come in feeling additional pressure. He described one instance where someone arrived in her assigned gender rather than as she usually presents.

He said if a transgender witness comes into the office, everyone may not have experience putting that person at ease. It’s OK to ask what name and which pronouns that person prefers. Someone with little experience might skirt around the issue. making everyone uncomfortable, rather than politely and simply asking.

Again Clark stressed that there hasn’t been a streak of disrespect, but sometimes “people don’t know what they don’t know.” So part of his position he sees as cultural competency.

Although Clark couldn’t discuss any upcoming cases, there have been two arrests in murders of black trans women in the last month. The murders got national coverage, and the trials are expected to be closely watched as well.

Members of the gay and trans communities may be witnesses in both cases. In the investigation into Muhlaysia Booker’s murder, someone who saw her get into a light-colored, early 2000s Lincoln LS that belongs to the man accused in the case. That person is likely to be called as a witness.

Fewer details of what led to an arrest in Chynel Lindsey’s murder have been released.

Speaking in general, Clark said it was important for people in his office to get to know trans terminology.

Dead-naming or incorrect pronoun usage “can blow up a witness interview,” he said.

Detecting biases during jury selection can also make a difference. The D.A.’s office doesn’t want to lose a case because members of the jury discount testimony of gay or trans witnesses or feel a victim deserved whatever happened.

“We don’t want a jury that will use it [LGBT status] for or against a defendant,” he said. “A person’s status can’t affect your view of them as witnesses or defendants.”

Clark said he expects the task force to be a place where assistant D.A.s can “bounce ideas and learn ways to approach these issues.” He said a major focus is case integrity. For an LGBT defendant, that may mean reducing the chance of an appeal based on animus.

Clark said the defense attorney may try to rile up the witness to affect the jury or simply be speaking disrespectfully out of ignorance.

As more cases involve LGBT defendants, witnesses and victims, Clark wants to make sure assistant D.A.s present their cases respectfully, learn how to use that respect to find additional witnesses, make introductions to allay wariness on the part of witnesses and know how to deal with family members who may or may not have been supportive.

Clark said special treatment isn’t what his office is about. It’s just about equal treatment. And that’s where he will focus his efforts.