Planning the future of The Strip 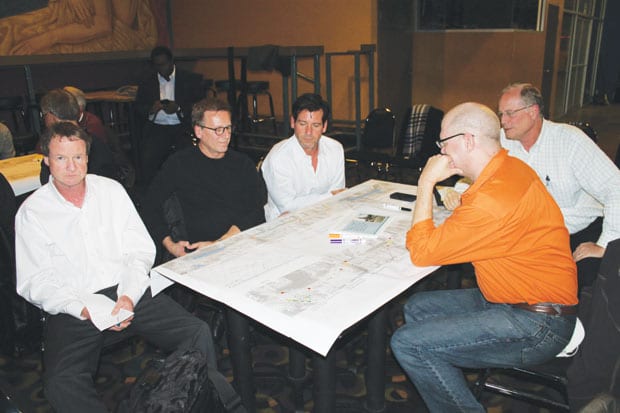 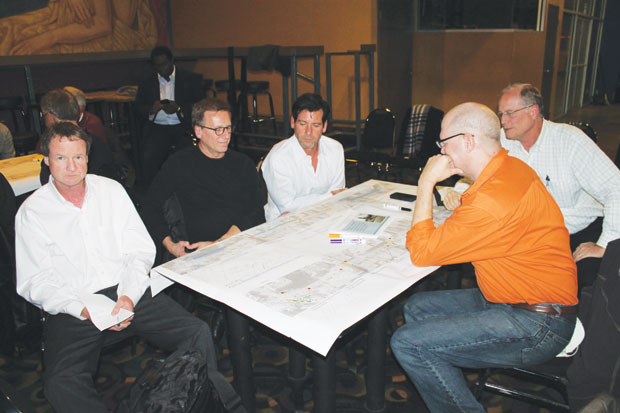 Money for the upgrades comes from a 2012 bond package. Former council members Angela Hunt and Pauline Medrano, who represented Oak Lawn at the time, added $1.3 million for Cedar Springs upgrades into the proposal.

Peer Chacko, Dallas assistant director of development services, presented two plans. One retains four lanes on Cedar Springs Road and adds gateways and landscaping. The other plan narrows the street to three lanes, with the center lane as a turning lane only.

A priority with both plans is to retain all available parking, make pedestrian improvements and add traffic-calming landscaping.

Bar owners worried the three-lane option would stop traffic during the day when beer trucks park in the street to deliver.

Another problem with the three-lane option is it wouldn’t run the full four-block area. Because of the fire station between Oak Lawn and Reagan Street, that block can’t be narrowed.

To slow traffic, residents asked about adding a traffic light at Knight. Chacko said adding lights at one corner would cost $200,000 and would be taken from the amount allotted for other projects on the street.

The more than 30 people who attended the Tuesday night meeting universally rejected city planners’ proposal for a children’s play area in front of the library. Some said it wouldn’t be safe so close to Cedar Springs Road, and others just didn’t think that many children used the Oak Lawn Branch. Several people suggested that public art for that plaza in front of the library would be more in keeping with the neighborhood.

Chacko said the city doesn’t use pavers at intersections anymore because of maintenance problems. Instead, the city pours concrete and finishes it with color and stamped designs to recreate the look of cobblestone. He recommended brightly striped crosswalks, while several people attending suggested rainbow-colored crosswalks.

City staffers also suggested adding benches but crossed that idea off the list after members of the Cedar Springs Merchants Association objected. The merchants noted they raised money for several beautification projects several years ago, including placing benches on the street. They’ve since removed the benches because people were sleeping on them and panhandling from them.

With the four-lane option, markers would be placed on either end of the district. Chacko said there isn’t enough money for arches or gateways, but that that there are adequate funds for markers similar to those used to indicate the entrance to the Design District and the Uptown area.

Staffers will take the input from the meeting back to come up with a final plan to show the community at another meeting planned for next summer. Once approved, bids will go out and construction could begin in about a year.

This article appeared in the Dallas Voice print edition November 21, 2014.