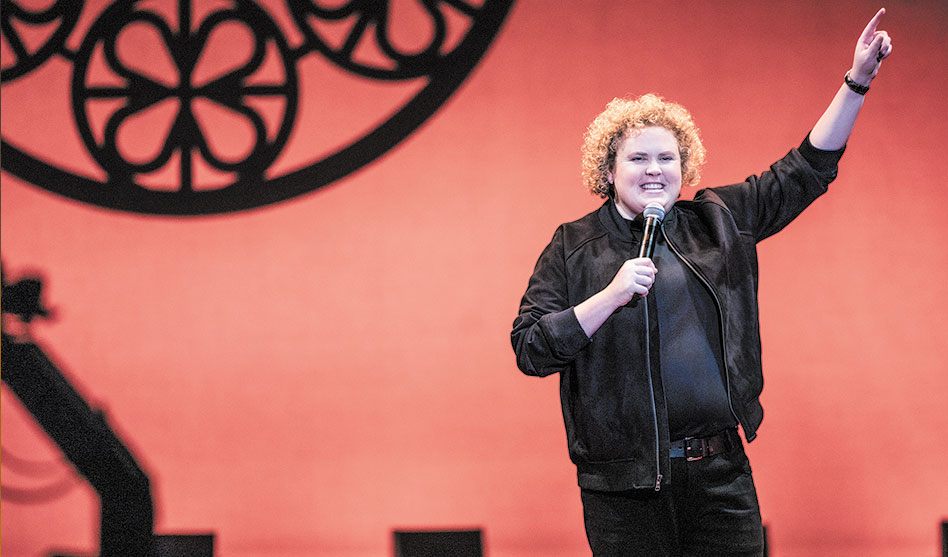 Comedian and actress Fortune Feimster is practically everywhere these days. Her hilarious Netflix special Fortune Feimster: Sweet & Salty premiered in January and is so funny you may find yourself repeatedly falling out of your seat. But that’s just a tiny fraction of her comedy domination of late. She provides the voice of Brenda on the animated Fox series Bless the Harts; can be seen as Heather in the reboot The L Word: Generation Q; has two new movies scheduled to open in theaters this year (Deported and Friendsgiving); and is currently embarking on a multi-city comedy tour, which was supposed to bring her to Dallas; it has, like most public events, been postponed due to coronavirus concerns. Nevertheless, the out personality carved out some time to chat about her love of the South, playing a Fairy Gay Mother and her shout-outs to Hooters and Chili’s.

Dallas Voice: What do you enjoy most about performing at a Pride festival? Fortune Feimster: I like it because to me it’s a big celebration. The community comes together to be proud of who they are and to celebrate with each other; how far we’ve come and to remember what work needs to be done still. To get to be part of it is a really special thing because I remember how important the Pride festivals were when I was first coming out. How good it felt to finally find my own community, where I felt like I fit in.

You have been increasingly busy, beginning with your Netflix standup comedy special Sweet & Salty. Your mother does your introduction for Sweet & Salty and she also figures prominently in your standup. Does she have a good sense of humor? Oh, 100 percent. My entire family has a really great sense of humor. I don’t know where that stems from. I guess my parents liked to joke and they passed that down to us. When life would get difficult or there were challenges — money was always an issue, paying bills was hard, tragedy would happen or losing a loved one — somehow my family managed to find the silver lining in it or we would crack a joke to break the tension or the sadness. No matter what we were going through, there was always somebody in my family who would make a joke or try to make people happy. I think that I just naturally got that from growing up that way. Now that I’m a comedian, my mother loves the jokes, even if [laughs] she’s the butt of the jokes sometimes. She knows it comes from a place of love. She’s able to laugh with everybody else. She comes to my stand-up shows when she can. I’ll tell jokes, and people will look at her like, “Is that true?” and she’s like, “Yeah, it’s all true!” She wears that stuff as a badge of honor.

Has anyone at Chili’s or Hooters corporate reached out to you after your shout-outs to their dining establishments in your special? [Laughs] Chili’s has reached out because, for a couple of years now, I have expressed my love of Chili’s. Their social media person has been acquainted with me and would send me stuff from Chili’s. They saw my special and sent me a package with tequila and margarita mix and Chili’s margarita glasses saying they enjoyed my special and the margaritas are for celebrating the sweet and salt. That was really nice. I like that they have a good sense of humor, too. But I haven’t heard from Hooters! I can’t believe it because I’ve talked about them everywhere, even on the Colbert show. And nothing! I don’t know where their social media person is, but they need to hook a girl up with some chicken wings. 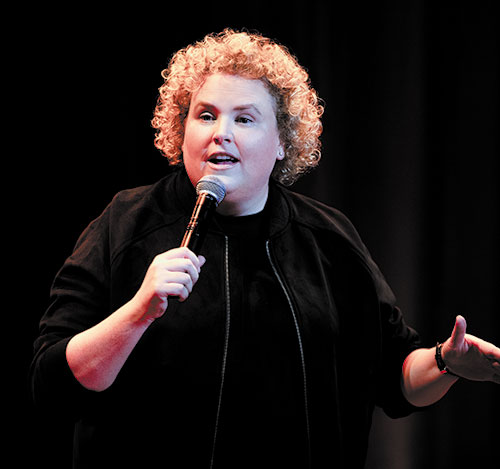 Your coming out story is a part of Sweet and Salty, and you also mentioned being raised Methodist. That church has been in the news lately due to the split over gay marriage. How do you feel about that? That vote was a tough one. I always looked that the Methodist church as being a bit more open and accepting than some of the other denominations. I was hoping that they would lead the way in being more inclusive. People in the congregation are split over it. There’s talk of it dividing the church with people starting their own part of the denomination. I’m not sure what will happen. I was obviously very disappointed. My mom said she’s not sure if she wants to keep going to church there because, if that’s how they feel, she doesn’t want to be a part of that. In my opinion, I say that having someone like my mom who is inclusive and open-minded, who is showing people how to be in the South, [it] is more important that she is there. Then she’s helping change minds one-on-one. She’s showing them, here’s how you do it. To me, that’s powerful and maybe, in the end, can make a big difference. If everyone says they’re leaving, then they’re not forced to face the decision they made. If you love the church for many other reasons, stay there and keep being a good advocate for us. Maybe in the end, that will end up being what makes the change.

In Sweet and Salty, you talk about how representation matters. Kate McKinnon, who got her start on Big Gay Sketch Show, along with Bowen Yang, are breaking ground as out cast members on SNL. What would it mean to you to be invited to be a guest host on SNL? That would be an amazing thing! I tested twice for that show. They flew me out to New York in 2009 and 2010. I think any comedian grows up watching that show, and it was a big part of their love of comedy and where they learned a lot about comedy. Yes, that would be a huge honor to get to do that. I don’t know that I’m close to getting to do that, but if it ever happened one day, obviously that would be the dream.

You are playing one of three Fairy Gay Mothers, along with Margaret Cho and Wanda Sykes, in the upcoming movie Friendsgiving, written and directed by Nicol Paone, another of The Big Gay Sketch Show alums. What was that experience like? That was fun! I’ve known Nicole for years. She asked if I’d come and do it. I was happy to do it just because Margaret and Wanda are both buddies of mine and comics that I respect. To get to do something like that was fun. We were in and out in one day. We weren’t a big part of the movie, but it was cool to pop up and play this silly part in the company of two great performers like that. It was awesome.

You have also been on The L Word: Generation Q as Heather. Describe that experience. I was such a fan of the original show because, going back to representation matters, they were iconic in that not a lot people had seen a show like that when it came out. I certainly hadn’t. I wasn’t out yet when it first came out, so to see women in relationships and dating and doing all kinds of things, it blew my mind. It certainly had an effect on me back when I first watched it. Then to come full circle, now I’m out, I’m an out comedian. I’m hopefully being a part of someone else’s representation experience. I was such a tiny part of it; honestly it was just a cameo. But for me it was cool to be on set. It’s cool to be a part of a show that’s having another moment with a new generation.

Sweet and Salty was filmed in Charlotte, N.C., and you are a Belmont, N.C. native. What makes that area so appealing to you? I really wanted to do my special there because I think when people think of the South they have a preconceived notion of what that’s going to look like and what people are like there. I just wanted to show that there are people like that, but there are also people like me there. Here’s my experience as a Southern person. I think that’s an important story to tell and see because you forget that there are all kinds of people in every part of the country. I wanted to represent my area in that way as an out gay person. Also, it was important to me because the story is autobiographical, and it made sense to tell stories about my childhood 30 minutes from where I grew up. I wanted my family to be there, but also the people in my hometown of Belmont have been so supportive of me and so accepting of me from day one. I’ve never gotten any negativity from my hometown for being gay. Long before I was hired to do comedy, they would let me perform in the back of bars. A hundred of them would pay five dollars to watch this newbie stand-up practice being a comic. They supported me long before anybody cared, and it felt right to share that big moment with them.