One club to read them all 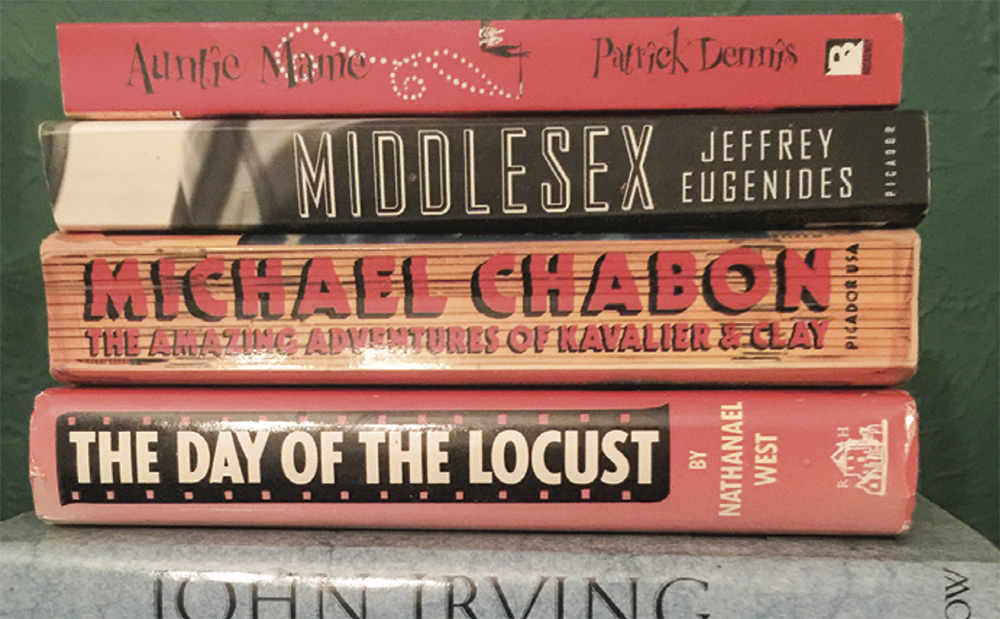 On a cold January evening in 1995, about eight friends gathered in a house in the Chapel Downs neighborhood Northwest Dallas to discuss the latest best seller over drinks and food. Little did they suspect at that time that 25 years later, they’d still be going strong.

Almost every month since then, members of the One True Book Club have met at each other’s homes to discuss works by various authors. Over the course of these decades, they have read, discussed and explored books of all kinds, including gay fiction, general fiction, nonfiction, plays and even the occasionally cookbook. And that figure has just rolled over to 300.

But more so than reading books, One True Book Club became an opportunity for gay men to forge camaraderie and friendships in Dallas.

Most of the club’s current 18 members meet for dinner after reading the month’s selected work, usually rotating the meet-up spot. Jim Garnsey, an original member who moved to Dallas from New York City in 1990, recalls meeting at founder John Rogers’ house to discuss that first selection.

“Till this day, I consider it the worst book we ever read,” Garnsey says. “It was The Celestine Prophecy a sort of New Age book a lot of people were reading back then. I thought it was trash, but the very next book we read was called Gay New York. It was a history of gays from New York from about 1890 until 1940. And I loved it.”

About nine months later, Garnsey’s partner Lawrence Ballou joined the group. At the next meeting late this month, Garnsey and Ballou will serve as hosts for the club’s milestone, Garnsey gave the group a list of every selected book since the first meeting.

“They’ve been told to pick from any of those 300 books whether they want to re-read something or read something they missed or something from the club’s first 10 years or whatever,” Garnsey says. “Everybody will read the book and then at the meeting, each one of us will tell the club what we read and what we want to say about it.”

Although the members are all gay men, they consider membership open. Last year, they invited a woman author to discuss a short book she wrote about her cat. And after reading a book penned by member David Baldwin’s sister, the group Skyped her during a meeting to chat about the material she wrote. When Dallas Opera did a production of Moby Dick, a member suggested the group read the book. “The guy who chose it ended up reading all the book but refused to read the last four pages because he hated it so much,” Ballou says with a laugh.

Baldwin, who joined the club shortly after he moved from Boston in 2006, tries to cook meals to match the theme of the month’s selection if possible. When he recommended the club read City of Thieves, a story set in St. Petersburg, Russia, he served beef stroganoff with caviar, wine from the Russian River Valley and offered attendees vodka shots.

Whether one’s a heavy reader or more interested in the club’s social aspect, the One True Book Club aims to give its members chances to read regularly and learn from a broad spectrum of subjects, while enjoying each other’s company in a laidback environment.

“The book club has really strived to be, not disorganized, but have little organization,” Ballou says. “We don’t have a president. We don’t have any fees. The discussions just sort of happen. Even the night of the book club is very off the cuff in a way. We’ll chat for a while, and then we’ll sit down for dinner. And it just turns into a discussion.” █